Welcome to the first installment of our new series. WEEasked some simple questions — and your neighbors, friends, co-workers, acquaintances, maybe some strangers, answered. Get to know them a little bit better with our fun, new series, “WEEasked.” Look for it a couple of times a month, most likely on Mondays. Do you have someone you’d like to see featured? Send us an email to weelunk@weelunk.com, and please be sure to put WEEasked in the subject line. 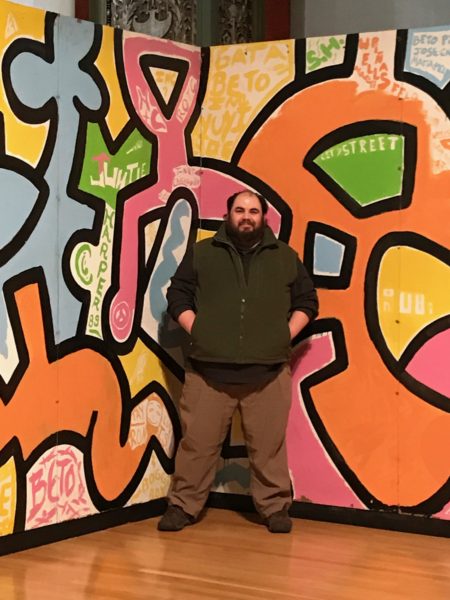 Mitchell Haddad is one of those guys you just love. He’s a staple at the Center Wheeling eatery Later Alligator, and something’s missing if you don’t see him there as a guiding force. He’s devoted — to the business, to his staff and to his wonderful mama, Susan Haddad.

His words (in third person, because he’s comfortable that way): Mitchell likes words and books and writers and art and people who support words and books and writers and art. He’s a strong believer in the idea that there’s a direct correlation between growth in the arts and growth in strong communities. He works for his mama, greasing the wheels of the crepe-spinning, cocktail-shaking, good-times machine that she built. You can find him, almost always, at Later. Please don’t ask him to operate a kayak. Mni Wiconi. (water is life) 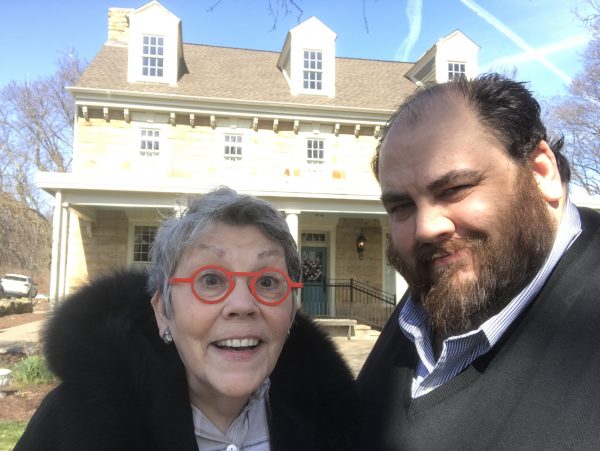 After this abominable winter, I think I’ll spend the warmer months in the courtyard at Later. That’s not some shameless self-promotion … I’m trying to form an argument that will convince my boss that I’m justified in moving my workspace out there. It’s possible I’m not a particularly pragmatic business person … beyond that, I’m going to a couple excellent concerts this summer and probably any of the McElroy brothers’ live events if I can escape for a day or two. 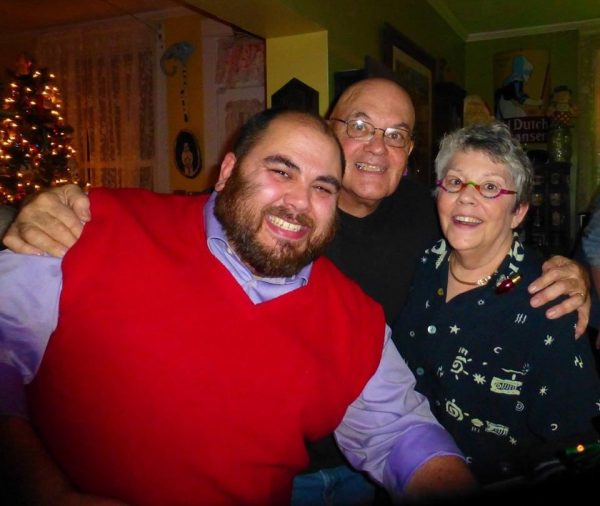 I keep a shortlist of human litmus tests. People I follow, whose opinions I respect, sometimes they temper my own opinions, sometimes things make their radars that haven’t made mine. Some of these folks know about my list and their place on it, but most of them don’t.

Hands down our squad. Growing them, growing with them, building them up, letting them surprise us. It’s a daily lesson in and test of leadership skills and they’re the most important of my responsibilities. They’re collectively like the best kind of empowering relationships, I am constantly pushed to be better today than I was yesterday. 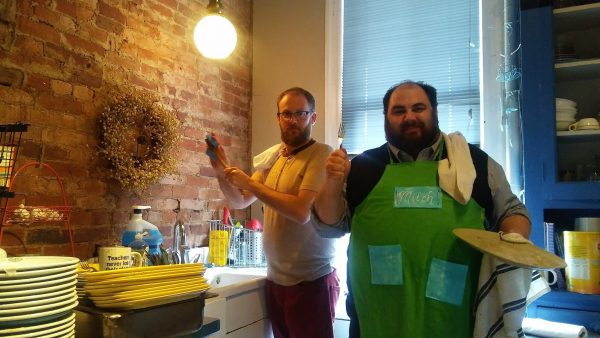 Mitch, right, with Nic Cochran, who is off to seminary.

14th Street, East Wheeling as a whole, including Grandview. Grow Ohio Valley and the House of Hagar … I’ll have seconds on that flavor of mojo, please.

Brunch or dinner? Which is your favorite meal out? Why?

Dinner. Gods, dinner. As late as possible. With friends. And song. And wine. Double points if you take me for Indian. I will kindly elect to nap through brunch if given the option.

It doesn’t cost anything to be kind, so more of that. We need a lot more kindness in our corner of the Universe. Beyond that, jobs that don’t rely on the lies and con jobs of an extraction-based economy. I’d love a more verdant downtown canopy and anything that promotes more green technologies and a future where this swath of the country isn’t sacrificed to some vague lie of energy independence. 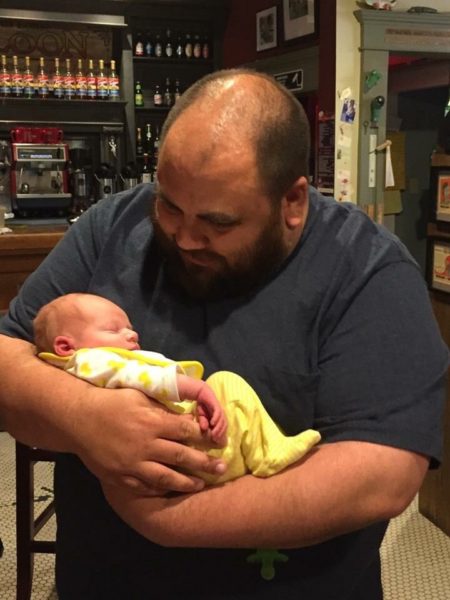 “It doesn’t cost anything to be kind.” – Mitchell Haddad