• Need an infusion of chill in your life? Join Generation Wheeling, in partnership with Wheeling Parks and Recreation, for a free Outdoor Yoga Series at Market Plaza. Generation Wheeling member Betsy Sweeny will lead an all-level, beginner-friendly, slow flow classes at no cost to attendees, at 7:30 p.m. Thursday, July 9, at Wheeling’s Market Plaza. Due to COVID-19 restrictions, please bring your own mat, blocks and any other materials you want to use during your practice. Safe social distancing guidelines will be practiced.

• Mansion Lawn Gentle Yoga is set for 10 a.m. Sunday, July 12, at the Oglebay Institute Mansion Museum and hosted by the West Spa at Oglebay. Join wellness instructor Zach for this fun and inviting vinyasa sequence designed to cultivate focus, stamina, strength and flexibility. This class is especially great for beginners or those searching for the therapeutic benefits of yoga. Session is free of charge. Guests are asked to bring their own mat, towel and water.

The Troubadour’s concert on Sunday, July 12, will benefit the Wheeling YWCA’s latest project, #ChangeForA20. All proceeds will benefit the Ohio Valley African-American Students Association’s scholarship program that is operated by YWCA Wheeling. The YWCA has been at the forefront of critical social movements for over 160 years, including the battles for civil rights, women’s empowerment, affordable housing, pay equity, domestic-violence protection and health care. The #ChangeForA20 project addresses the problem of racism by aiding local, black students in their quest for a college education.

The next Lunch With Books Livestream, set for noon, Tuesday, July 14, features Dr. Gregory Wilson’s An Oral History of the Kent State Shootings. Wilson, a professor of history at the University of Akron, will discuss his book, Above the Shots: A Oral History of the Kent State Shootings. A deadly confrontation at Kent State University between Vietnam War protesters and members of the Ohio National Guard occurred in the afternoon on May 4, 1970. What remained, along with the tragic injuries and lives lost, was a remarkable array of conflicting interpretations and theories about what happened — and why. Above the Shots sheds new light on this historic event through the recollections of more than 50 narrators, whose stories are unique and riveting, including: a witness to the riot in town a few nights earlier; a protester who helped burn the ROTC building; a Black United Students member who was warned to stay away from the protest; a Vietnam veteran who deplored the counterculture yet administered first aid to the wounded; a friend of one of the mortally wounded students, who died in his arms; a guardsman sympathetic to the students; and a pair of former KSU presidents who, years later, courted controversy by how they chose to memorialize the tragedy.

During July, Artworks Around Town will showcase creations that members made during the recent coronavirus quarantine. Betsy Cox, curator of the Studio Gallery, will hang a variety of works, some inspired by the virus and its effects on the artist and some done just because the artist had extra time to paint. The exhibit will include a variety of subjects from a masked pug to colorful scenes inspired by visitors to a summer garden. The Student Exhibit will continue showing the works of Bobbi Priebe’s high school students from St. John Central Academy. Artworks is open from 10 a.m. until 5:30 p.m. every day except Sunday, and the public is welcome to browse both of these exhibits and see other new works throughout the gallery. Members have been knitting, painting, photographing, weaving, carving, and making pottery and jewelry for two months in preparation for return to the “open for business” status. Beginning in July, Sandy Hadsell’s Open Studio will resume on Fridays. Artists gather from 10:30 a.m. to 12:30 p.m., bring their own materials, share the space to create and exchange ideas. Participants are asked to make a donation of $5 that goes to the ongoing programs at Artworks. Call 302-233-7540 for information on this and other workshops. Artworks is located in Wheeling’s historic Centre Market. 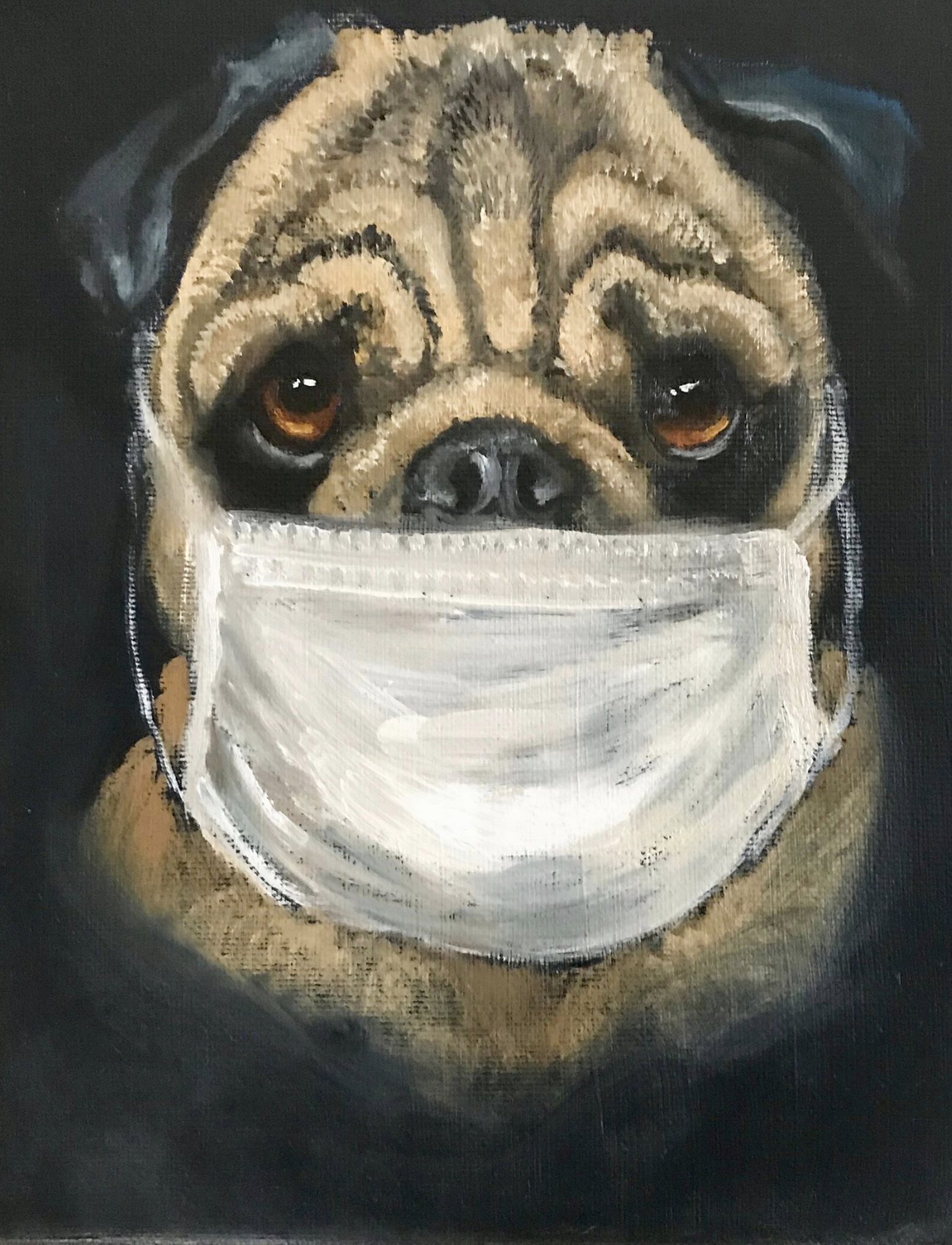 A staple of Oglebay Institute’s art exhibition season, Crosscurrents is open at OI’s Stifel Fine Arts Center in Wheeling. The multi-media exhibition features more than 90 pieces from dozens of artists and can be seen free of charge from 9 a.m. to 5 p.m. Monday through Friday and 10 a.m. to 4 p.m. Saturdays through Aug. 22. Patrons must practice social distancing and wearing a mask is strongly encouraged when visiting the gallery. Call 304-242-7700 for more information. Many of the works on display can be purchased at the gallery online. Stifel Fine Arts Center is located at 1330 National Road in Wheeling.

From 6:30-8 p.m. Thursday, July 9, Father Alfred Obiudu will lead his People’s University class 3,000 miles southwest — and a century back in time — to the African nation of Nigeria through the works of Chinua Achebe, best known for the 1958 novel, Things Fall Apart. The chronicle of pre-colonial life in Nigeria through the arrival of Europeans during the late 19th century is perhaps the most celebrated novel of Africa. Hailing from Nigeria himself, and once assigned to St. Michael’s Parish here in Wheeling, Father Obiudu is now a priest at St. Leo’s Parish in Inwood, West Virginia. He will also help attendees to explore Nigerian language, Igbo.

The July 16 People’s University Livestream, Around the World in Literature & Language, Australia, is set to begin at 6:30 p.m., and features Jumbucks, Billabongs and Budgie Smugglers: Ballads and Bards of the Australian Bush, presented by Brad Fitzmaurice. The 1890s in Australia were turbulent times. Prolonged drought and falling commodity prices resulted in economic recession and repeated strike action from an invigorated, newly formed labor movement. This period also witnessed the emergence of a distinct national literature that was raw, parochial and political. Its heroes were the stout, resilient, itinerant workers — the shearers and drovers who would in time be reimaged as ANZAC heroes of war and become the bedrock of an Australian national identity. The early exponents of this national literature were typically, young, Australian-born men driven by a variety of inspirations, but mostly the need to make a living — and alcohol. Foremost among them was Henry Lawson and A.B. (Banjo) Patterson. Patterson’s Waltzing Matilda, written in 1895 in response to a shearers’ strike, is Australia’s unofficial national anthem. Fitzmaurice’s presentation outlines the context in which Waltzing Matilda was written and seeks to explain the meaning of its verse. It, therefore, offers an Australian perspective of the capacity of literature and language to understand the world beyond our own local environment. As a bonus, he will also explain the meaning of the term, “budgie smugglers.” Fitzmaurice is a former councilor and vice president of the Royal Australian Historical Society. His master’s dissertation examined the work of a group of Australian writers in the 1890s and early 1900s. He currently teaches American history at Australia’s oldest tertiary institution, the University of Sydney, and he is writing about the history of Wheeling.