The public is invited to help Artworks Around Town welcome Jes Reger to the Studio Gallery for the month of July. The opening reception is set for 5-8 p.m. Friday, July 6. Reger, a W.Va. native, is “a nature-loving watercolorist and avid bird watcher passionate for capturing the essence of the wild and wonderful state in which she lives,” she says. She believes the arts are a “form of expression, communication and healing.” In 2014, Reger earned a bachelor’s degree in interdisciplinary studies with a focus in visual arts and creative writing.  She teaches at Oglebay Institute Stifel Fine Arts Center and offers workshops and private lessons at Cat’s Paw Studio. Artworks Around Town is located in the heart of historic Centre Market.

Eli Lambe is the featured performer at Lunchtime Live! at Market Plaza from 11:30 a.m. to 1:30 p.m. Friday, July 6. Lambe is a keyboardist who plays a variety of music, including jazz, pop, rock and alternative. The event, which is held the first Friday of the month through September, is hosted by Wheeling Heritage, in partnership with Williams Lea Tag. Attendees are encouraged to visit a nearby restaurant and get their lunch to-go, then head to the Plaza for live music. Restaurants such as Tito’s Sloppy Doggs, Vagabond Kitchen, the Edge Downtown and Tacoholix will offer grab-and-go options on concert dates, although call ahead orders are recommended. Mmm … Popcorn will be offering popcorn in a variety of flavors. 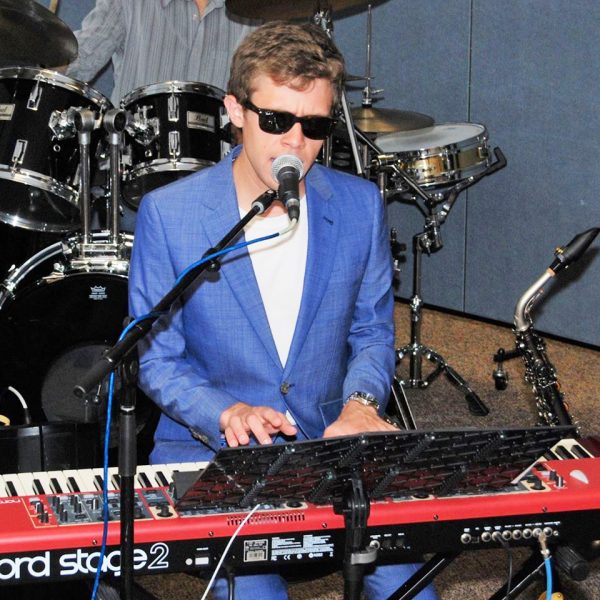 The Hadden Sayers Band will perform at BluesDays at River City at 7:30 p.m. Thursday, July 5. Hadden Sayers, born in Texas and raised on a steady diet of Texas roots and blues music, has become a blues-rock master. “Hadden is a great singer, songwriter and bluesman who splits his time between playing guitar for Phil Dirt and the Dozers, as a featured guitarist for Ruthie Foster, along with fronting his own band, which will be coming to River City,” said Bruce Wheeler, producer of BluesDays and Heritage Music BluesFest. Sayers is just as comfortable on a massive festival stage with a Stratocaster in his hands as he is strumming an acoustic guitar in your living room. He is equal parts blue-eyed soul and red-hot guitar. River City is located at 1400 Main St., Wheeling. $20. www.heritagemusicfest.com. Listen to the Hadden Sayers Band live here!

The Greater Wheeling Coalition for the Homeless third annual fundraiser outside of River City, 1400 Main St., Wheeling, begins at 5 p.m. Saturday, July 7. There will be food, drinks, a 50/50 raffle, prizes and music. Bands include: Resistance 13, Someday Saturday, Lounge Act (a Tribute to Nirvana), STP2 (Stone Temple Pilots tribute), plus acoustic acts to perform inside River City. $10. All proceeds benefit the Greater Wheeling Coalition for the Homeless.

The Brooke Hills Playhouse opens its production of the Terrence McNally-David Yazbek musical comedy “The Full Monty” this weekend. The musical, which runs at 8 p.m. July 6-7 and 13-14, and 2 p.m. July 8 and 15, is suggested for mature audiences. “The Full Monty,” is adapted from the 1997 hit British film of the same name, and moves the story to Buffalo, N.Y., where some unemployed steelworkers decide to put on a Chippendales-inspired strip show, in which they promise to give their audiences “the full Monty.” 304-737-3344.

Cast members in “The Fantasticks,” are, from left, Ryan Bartsch, Nate Foster and Josie Jarrett

Oglebay Institute’s Parcel Players will present the popular musical “The Fantasticks,” a classic coming-of-age story that takes a delightful look at the trials and tribulations of young love. It will be staged at 7 p.m. July 11-14 at Oglebay Institute’s Towngate Theatre. The longest-running musical in American theatre history, “The Fantasticks” features the timeless song “Try to Remember. Towngate Theatre is located at 2118 Market St., Wheeling. $10. 304-242-7700; www.oionline.com

Lunch With Books features “Beyond Coal Mining — An Appalachian Story,” at noon, Tuesday, July 10, at the Ohio County Public Library. Often, the media represents Appalachia (and West Virginia in particular) as a place that only cares about coal mining, ignoring the fact that this is only one aspect of the culture. With a mixture of storytelling and reading from her new book, “Jaws of Life,” Laura Leigh Morris will tell a different tale of the region, one that is rich with community — from families banding together to prisoners making the most of their situations to neighbors telling their stories as one. Morris lives in Greenville, S.C., where she teaches creative writing and literature at Furman University. Before that, she spent three years as the National Endowment for the Arts/Bureau of Prisons Artist-in-Residence at Bryan Federal Prison Camp in Bryan, Texas. She is originally from north central West Virginia. From the landscape to the  variety of people to the long history of resource extraction, the region serves as a backdrop to both her life and her stories. Lunch With Books programs are free and open to the public. Attendees are welcome to bring a bag lunch, and complimentary beverages are provided. 304-232-0244 www.ohiocountylibrary.org.

Quaker Steak and Lube at The Highlands has live music, a bounce house, cotton candy and a cook-out, all to be followed by fireworks to close out the festivities at dusk, sponsored by Ohio County Development, 2-10 p.m., Saturday, July 7.