HIP-HOP OVER TO ARTISAN CENTER

Wheeling Heritage will host an opening reception for Hip Hop: A Black Tie Affair, from 5-8 p.m. Friday, Feb. 1, at the Artisan Center, 1400 Main St., Wheeling. The exhibit will feature more than a dozen artists displaying photos, graffiti and mixed-media pieces, as well as a video featuring area hip-hop artists performing a capella. The exhibit will run through Friday, Feb. 15. (Read a related story on Weelunk tomorrow.) 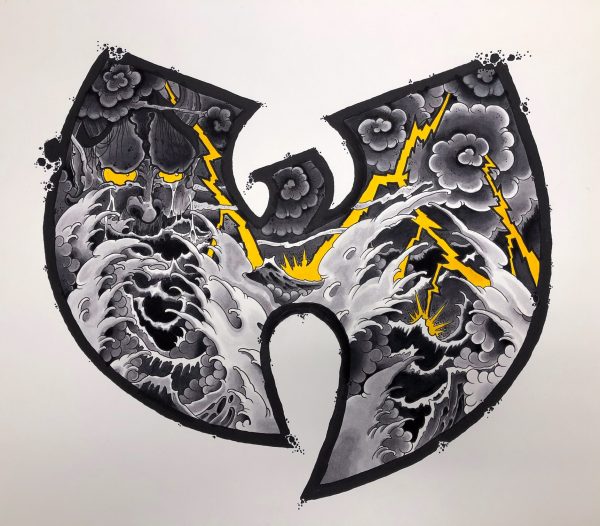 HOP TO THE GALLERY HOP

Appearing in the Studio Gallery at Artworks Around Town for the month of February is well-known artist and woodcarver, Ed Doughty. Doughty has been a member of Artworks for many years delighting visitors with his realistic images of historic buildings and bridges rendered in paint as well as three-dimensional, carved wood pieces. As a child, he loved to draw; as an adult, Ed became a carpenter and cabinetmaker, and eventually combined his artistic abilities with his cabinetmaking skills creating thousands of woodcarvings and miniatures. In the North Gallery, Owens Brown’s photographs will be on display for the entire month. Brown is the president of the West Virginia NAACP and past president of the Wheeling NAACP “This exhibition is about letting the majority culture see how Afro-centric beauty is defined,” Brown said. A free reception is set from 5:30-8 p.m. at Wheeling’s historic Centre Market, 2200 Market St.

Local favorite Marsh Wheeling String Band, an old-time string band at the core, will entertain at the Mountain Moon Coffeehouse, Saturday, Feb. 2, at the Stifel Fine Arts Center. While the band remains true to its toe-tapping fiddle tunes and Appalachian roots, Liz Richter’s captivating vocals paired with the fiddle and vocal harmonies of Melissa Tracy have pushed this group beyond traditional, adding tastes of blues, country and gospel. Other band members include Carter Kenamond (banjo), Chris Wack (guitar), Justin Kiger (bass) and Paul Redilla (mandolin). Doors open at 6:30 p.m., and the music begins at 7 p.m.  Light snacks and non-alcoholic beverages are included with the admission price. Beer and wine are available for purchase. $15 ($12.50 OI members) – (304)-242-6855.

Rub & Grub — a brand-new, unique experience for couples or friends — offers basic massage therapy classes followed by a catered meal from a local restaurant served family-style on Fostoria glassware. Join Jesse and Sheila Litman at an open house for the new business from 4-8 p.m. on Saturday, Feb. 2, at 2211 Market St., second floor. Check out the space on Saturday and sign up for a future class! rubandgrubwv.com

West Liberty University is planning a Team Meet and Greet fundraiser to support its softball and baseball teams on Saturday, Feb. 2, at The Highlands. The dinner and silent auction event will feature former major league baseball pitcher and current Pittsburgh Pirates broadcaster Steve Blass. Proceeds from the event will go toward the funding of the new Belmont Savings Bank indoor practice facility. Blass was the winning pitcher for the Pirates in game seven of the 1971 World Series and was runner-up to teammate Roberto Clemente in the voting for World Series MVP. The event takes place at the Highlands Event Center and begins with a 6 p.m. happy hour, followed by a meal catered by Undo’s. 304-336-8941; 304-336-8476; 833-639-7070.

Have a “Taste of Wheeling’s Finest” at Good Mansion Wines’ reservation-based, sit-down tasting with a presentation of a flight of five fine wines, starting with a Champagne. Each wine is served with hors d’oeuvres or small plates from the kitchen, and the evening ends with a dessert from Good Mansion’s patissier. $25. Reservations required. (This is just a reminder, as the event is sold out.)

YOU HAVE IT COMING

“Chicago” — a universal tale of fame, fortune and all that jazz, with one show-stopping song after another, comes to Broadway at the Capitol Theatre at 7:30 p.m. Thursday, Jan. 31.

At the Ohio County Public Library’s Lunch with Books, at noon on Tuesday, Feb. 5, Ron Scott Jr. and others will tell the story of African American life in Wheeling from slavery through Civil War, emancipation, “Jim Crow,” the “Great Migration,” desegregation, Civil Rights, urban renewal and contemporary life. The multimedia presentation will feature photographs, video, music, art and readings. Lunch With Books programs are free and open to the public. Attendees are welcome to bring a bag lunch, and complimentary beverages are provided. (304)-232-0244

Ron Scott Jr. and others will tell the story of African American life in Wheeling at the Feb. 5 Lunch With Books.

In celebration of Black History Month, West Virginia Northern Community College will host Samuel W. Black, Feb. 5-7, as he presents “Surviving off the Land.” Black’s presentation will discuss his research on the Underground Railroad and runaway slaves’ efforts to survive their journey to freedom. The presentation will take place at noon, Feb. 5 at the Weirton Campus, Feb. 6 at the Wheeling Campus and Feb.7 at the New Martinsville Campus. Each event, which is open to the public, is free and includes lunch. Those attending must register in advance by Feb. 1, by calling 304-214-8917 or emailing swood@wvncc.edu.