Team. Win. Brotherhood. All. In.

“It’s a way of life,” insisted Mark Nardone, the assistant athletics director at Wheeling Park High School who was diagnosed earlier this year with amyotrophic lateral sclerosis (ALS). “It’s not just words. They really do have a teaching concept to them.”

The “they” Nardone is referring to is the school’s head football coach Chris Daugherty and his Patriots football team, a squad that advanced Friday night to the West Virginia Class AAA championship game with a 35-14 victory over Point Pleasant.

“And Capital is good because you don’t get to this game without being good,” Nardone explained. “They will have some speed, but I believe T.W.B.A.I. will take over.” 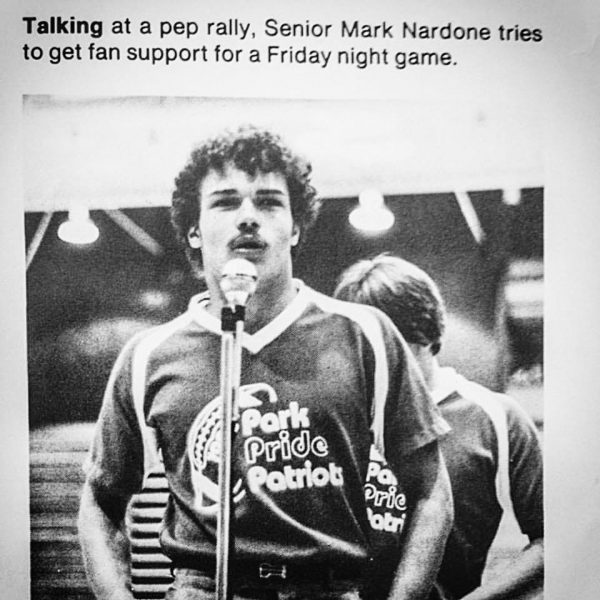 Before he was a coach, the head coach, and the assistant athletic director, Mark Nardone was a standout football player for Wheeling Park and then West Liberty University.

The disease limited Nardone to three workdays per week during the fall semester, and it’s likely he will report to high school only when Dwaine Rogers needs him from here on. His speech is limited now; eating and drinking are more difficult than ever before; he has a feeding tube to use if necessary, but he’s not missed a single game this season and attends many of the team’s practices.

It’s not just because he’s coached the Patriots in some capacity since the late 1980s, but also because his son, Nick, is a senior team member.

“I couldn’t be more proud of Nick,” he said. “He grew up in a locker room and has a great ability to read plays. He does a lot of things off the field to make me proud also.

“I know if he wasn’t good enough, he wouldn’t play. He’s earned everything that he has achieved at Wheeling Park,” Nardone continued. “I just love him, and now we will both be involved with the state finals along with Savion and Boogie. In 1991 we lost to Brooke just like this team did, and we both faced Capital for the state championship. Not many people can say that.” 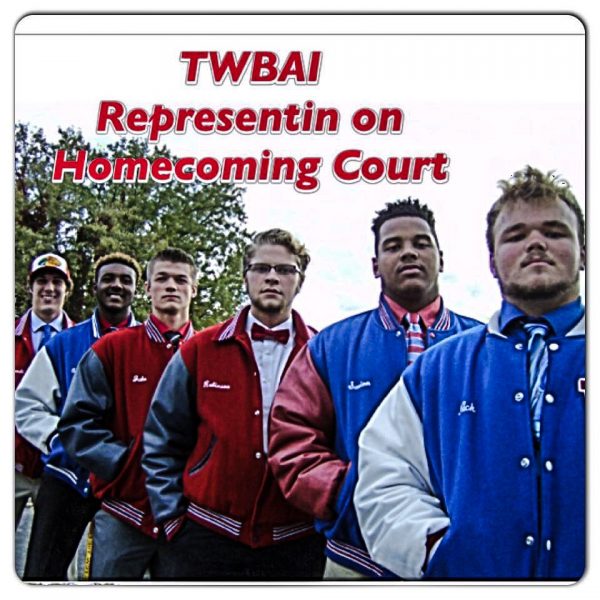 “Team. Win. Brotherhood. All. In.” Nardone’s son, Nick (on the far right) was a member of the high school’s Homecoming Court this season.

But Nardone is also infatuated with T.W.B.A.I. – Team. Win. Brotherhood. All. In. – and he admits it’s a lesson he’s learned from Daugherty and the way the head coach operates the football program.

“What’s very special about this team is the chemistry. They care for each other, and they don’t care who gets the credit,” he explained. “At one time in my life I thought speed was first, size was second, and chemistry was third. Now I think without chemistry you will not win, and ‘Doc’ does a great job of teaching this.

“Chris is a great person. He started T.W.B.A.I. the very first year he took over,” Nardone continued. “Sure, he had two tough seasons to start with, but then T.W.B.A.I. took over. He reached them all about life, and he brings all of it to football.”

That is why Nardone is not afraid to admit that Daugherty has taught him something about coaching.

“Oh my yes he has,” he said. “I think if you watch people enough you can pick something up from anyone. Doc and I talked more football than most people talk about the weather and he’s changed my mind about the chemistry aspect; that’s for sure.

“He’s a very special person to me. I coached him, he coached for me, and he took over when I resigned. We’ve had many, many years together.”

Nardone says he’s doing, “OK,” and he continues to walk and get around. An avid fitness freak for many years, he can no longer go for the extended jogs or find that same peace in the weight room as he used to. ALS, he says, doesn’t take a day off, and he gives much credit to his wife, Sudie, and his children. You see, T.W.B.A.I. also has ruled the roost since his diagnosis was confirmed over the summer. 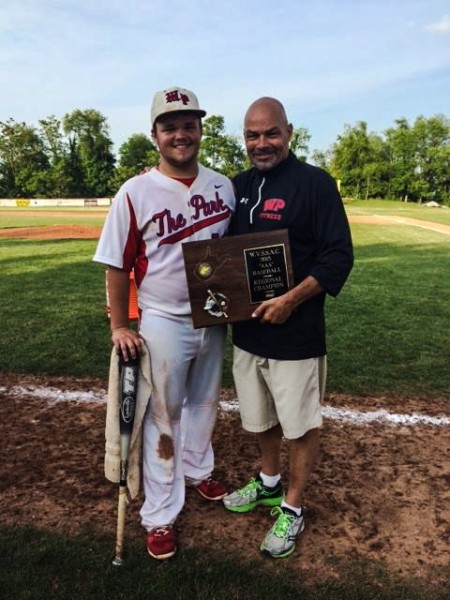 Nardone is known best as a one of the best football minds in the Upper Ohio Valley, but he also coached his son Nick’s baseball teams for many seasons in Warwood.

But without a doubt does he recall that game in 1991, one that starred Mike McLeod at quarterback and Kennedy Award winner Darryl “Boogie” Johnson in the backfield.

The one that ended 15-14. In overtime. Capital High won that day at Laidley Field.

“I was the defensive coordinator on Coach (Ron) White’s staff and we were up 7-0 with two minutes. We gave the ball to ‘Boogie,’ and he scored but (the officials) marked it on the one. Capital then took the ball and crossed the 50 for the first time in the game,” Nardone remembered. “Then Capital ties it up as the lock runs out and we lose a heartbreaker in overtime.”

But this time? At Wheeling Island Stadium?

This time Nardone believes these Patriots have an opportunity to finally wear that championship crown that’s eluded this program since the consolidation of Warwood, Wheeling, and Triadelphia high schools in 1976.

“Well, they have a chance because they made it to the finals, of course,” he said. “In my opinion we will be state champs for the first time at 4 p.m. this Saturday.

“I am so proud of Savion (Johnson). He is about 215 pounds and just punishes defenses. He gets better as the game goes on, and by the fourth quarter nobody wants to tackle him. He can also read tacklers and set them up for failure, and he just has a strong passion for the game,” Nardone said. “And Cross (Wilkinson) was the missing piece of the puzzle. I knew we had a great class, but we lacked a quarterback. Without Cross it’s hard to tell. He is the best sophomore ever to play at our school. He does things only a coach can see.” 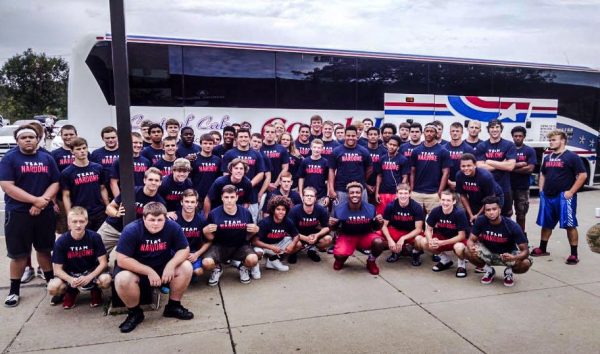 The 2015 Wheeling Park Patriots have rallied behind Nick and his father this season.

Is there a weakness?

“I am not lying when I tell you I can’t think of any.”

Nardone was the head coach for 11 seasons and never recorded a losing record, but he was never this close to finally shaking off that monkey off the football program’s back?

“We have won a lot of games over the years, and we are all proud of what we accomplished,” he said. “But I believe this Saturday ‘Coach Doc’ will knock that monkey to the state of Ohio.”

Nardone says he is not angry. Always a fiery figure on the football field, he now insists he has a handle on his reality and a battle plan is in place.

“I have faith in God and His will is His will. Things happen because of this world we live in,” Nardone said. “I am blessed to know how blessed I have been blessed. Most people never make it to that point.

“I also fight and pray for longevity, and I keep moving forward because if all the runway is behind you, you will never land your plane.”

(Photos supplied by the Nardone family)