Join me on a journey in time back to a Friday night in Wheeling, W.Va., 1992.  Our mission: to find out “where the high school kids are.” First, we pull out our fancy GPS tracking device, and we discover a digital Jackson Pollock. A tangled zig-zag of lines that are connected by two anchors: At one end — Hardee’s; at the other end — McDonald’s. 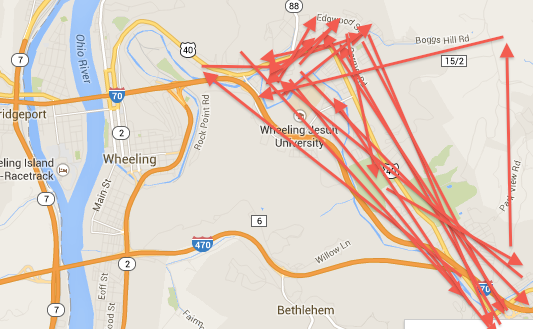 The answer: “Because there’s nothing to do in Wheeling.”

We must go deeper to find the truth. Let’s embed ourselves into the situation at hand. 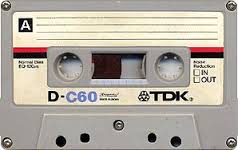 The anticipation level in those days —  on a night that everyone is “Goin’ out” —  is immeasurable.  There is excitement in the simplest of tasks, like figuring out who is going to drive. Although your group of friends will lobby for their ’91 Geo Prizm or their ’81 Civic, the winner is usually decided by these three factors:

a) Who has the most gas in the tank.

b) Who has a valid driver’s license.

c) Whose stereo system has the loudest bass. 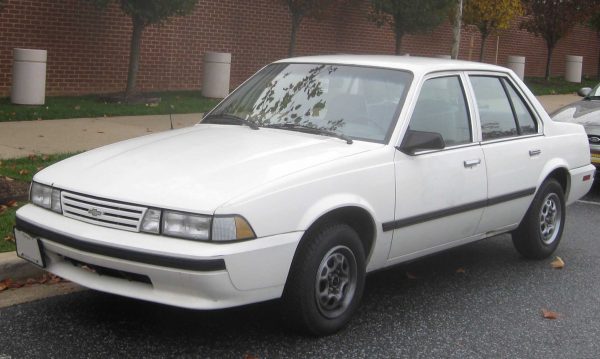 Tonight we are going with the ’89 Cavalier.

Track 2: Drive Around Song.  “Damn I Wish I Was Your Lover” — Sophie B. Hawkins

Now it’s time for the initial “driving around.” Cruising National Road, we would search for recognizable cars. Pulling up to to a traffic light, we would spot the silver Prelude or the blue Ranger, and the co-pilot would immediately fast forward or rewind to the appropriate song, usually a mating call or a cry of war, depending on the occupants of the opposition.  Press play, turn it up, and roll the windows down to give either a wave, a thumbs up, or the finger. Green light, on to the next destination — Hardee’s.

Hardee’s is a good place to start because there is an interesting crowd there. This crew doesn’t drive around; most kids hanging there either rode their skateboards or walked. They are the skaters, the dweebs, and the anarchists. We head into the restaurant and buy a Coke (Someone may need a mixer for their grape-flavored Mad Dog.) and peer over to a far table, caddy-corner to Rax, where we find the “chamber of commerce” of the social outcasts. 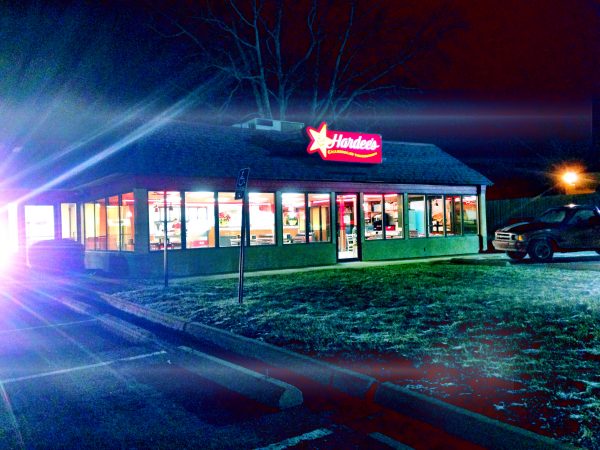 They are brooding over coffee and cigarettes, lamenting the fact that the older people in town keep kicking them out of parking lots they like to skate on. As we gather the courage to say, “What’s up?” a commotion arises, and we realize that someone has jumped in their car and peeled off. We dash to the Chevy because we don’t want to miss what’s next: a caravan to McDonald’s.

The newly remodeled Elm Grove McDonald’s and its solar-system motif welcomes you as if your were pulling into a concrete space station. Neon lights, planets, and futuristic booths and tables say it’s time for that Big Mac extra value meal and a large Coke with a “Boomerang” movie peel off game. After consuming 3,500 calories we straighten our WPHS soccer warm-up jackets, wipe the fry grease off of our acid washed jeans, and summon the courage to talk to girls. 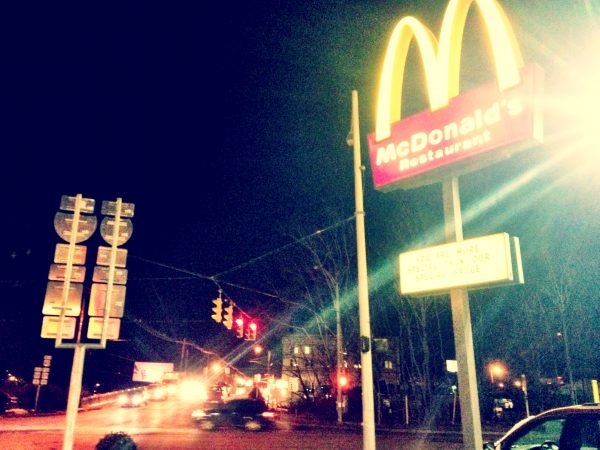 Should we head over to the black BMW hosting Linsly girls, the maroon clad group of fine young ladies leaning on a Pontiac Bonneville, or the Silver Prelude full of WPHS sophomores whom we might have the best chance of having a conversation with because we are seniors. And we may have a fake ID. We choose the latter, of course, but once again someone jumps the gun. This time a lifted truck with enormous tires roars out of the parking lot, and we all jump back into our cars to follow the lead.

When you are in high school, non-conforming at any level is essential. This time we will break from the herd of cars flying up and down National Road and decide to look for a drag race in East Ohio or a baseball field to play a quick game of home-run derby. Before we have to make this tough call, destiny appears in the form of a speeding black BMW, the Linsly girls; we pull a Top Gun maneuver and begin the chase.

Uh oh, they have fireworks, and they are shooting them at us. It’s on.

I’ve since lived far from Wheeling — in big cities — and have never looked back in shame on the fact that we spent most weekends driving to and from fast-food establishments. Weelunkers are resilient, loyal, proud, creative, and they know how to have a good time. For those of you who hold these kinds of memories of your hometown, whether here in town or living far away, it’s time we bring back that energy to all of the streets of Wheeling and help her be proud again.

“There’s nothing to do in Wheeling”.