WEEasked some simple questions — and your neighbors, friends, co-workers, acquaintances, maybe some strangers, answered. Get to know them a little bit better with our fun series, “WEEasked.” Look for it a couple of times a month, most likely on Mondays (except for this one). Do you have someone you’d like to see featured? Send us an email to weelunk@weelunk.com, and please be sure to put WEEasked in the subject line.

Amy Jo Hutchison is a fighter.

She fought to save Richie School’s pool. She fights to end child poverty. And she fights to keep other mothers in their fights.

Amy Jo works as the northern regional organizer for Our Children Our Future in the fight to end child poverty. Although identifying with poverty is what she is best known for most days, her activism started when, as the president of the Parent Teacher Organization at Ritchie Elementary School, she fought to save the school pool. 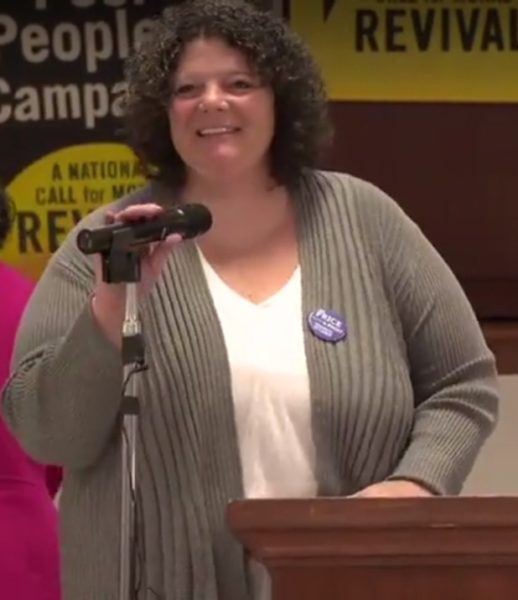 Nowadays, she travels throughout 20 West Virginia counties, helping others to feel comfortable standing up for what they feel are necessary changes in their local communities, across the state and on a federal level.

Most of her organizing is centered around mothers, with an emphasis on low-income households, as she works to build a statewide movement, WV MOMentum. She has organized moms to battle issues such as Medicaid cuts, SNAP cuts, funding for CHIP and racial injustice. She is the tri-chair of the West Virginia Poor People’s Campaign and hopes to use this opportunity as a means of elevating the plight of West Virginia’s poor across the state and the nation. “The problem is not the poor but, rather, the policies that are built to keep people there,” she believes.

Hutchison is a born-and-raised West Virginian. She is the only parent of two children, and she and her “chicks” live in South Wheeling. Her chicks are “her oxygen,” she says, and the reason she fights so hard to fight child poverty. 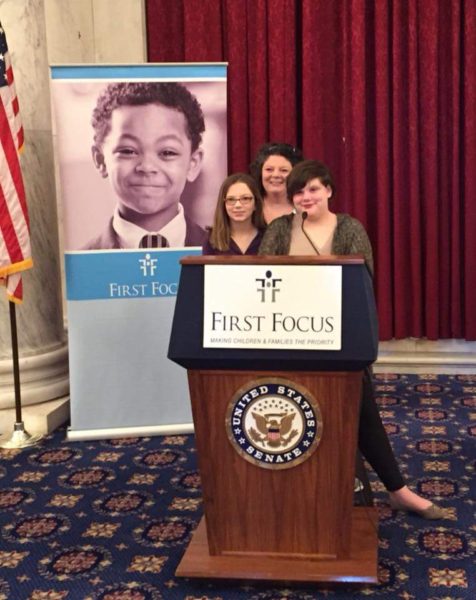 “I love my state and its people, but the reality is that our children have a greater chance of dying from a drug overdose here in West Virginia than graduating high school. We have to get organized and start turning this around because I want my kids to have the same love for this state as I do. I want them to be proud to call West Virginia home and for every child here to have access to those things which I consider to be basic rights in our nation: such as food, health care, drinkable water and education grounded in equity.”

Last spring, Amy Jo was recognized by the City of Wheeling for her commitment to her community and its children. “Our children are our future, and everything I do is built upon the desire to see them live, grow, learn, and succeed in the best possible environment.”

She says, “My chicks and I are in a good space now. They attend schools with great teachers and administrators. I have a job that I love and that doesn’t feel like a job most days. My bills are paid. My car is running. Our house is warm, and our bellies are full. We’re blessed.” 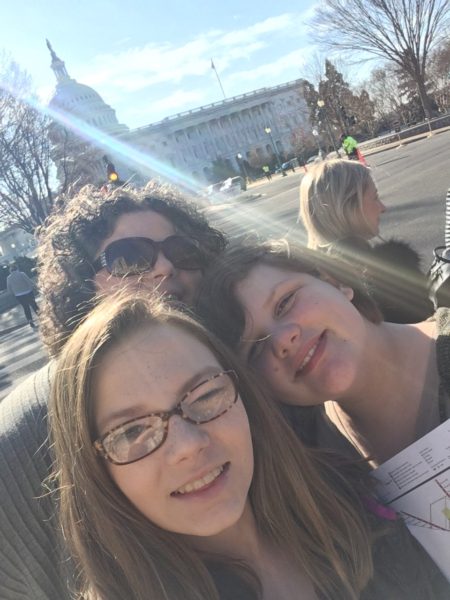 Here is what Amy Jo answered when WEEasked:

The best part of my job, hands down, is being able to provide the space for people from marginalized populations to speak their truth and use that as power to fight for the things that matter to them. Watching community leaders emerge from these groups, such as poor or black, and witnessing their transformation from feeling powerless to feeling powerful … well, that’s simply beautiful.

I identify with poverty. And it scares the hell out of me every single time I say that in front of a new crowd. Whether it’s at a podium or in a newspaper article, I still fight the feelings of embarrassment and shame, even if just for a brief second, every time I allow people to know that about me. Oh, and I sing a mean Janis Joplin.

“Stand Up! How to Get Involved, Speak Out, and Win in a World on Fire” by Gordon Whitman.

South Wheeling, of course. I love my community. There is so much history here and pride! South Wheeling is exactly how life is: It’s messy and loud at times. It’s quiet and calm when it needs to be. There’s a certain pulse in communities like South Wheeling that you just can’t find in others. It’s real, it’s raw, it’s imperfect, and it is what it is.

This is the hardest question. If I could be the best at anything in the world … I mean, the world’s greatest mom sounds like a great title, but the competition would be never-ending. (chuckle!) I think I would want to be the world’s greatest organizer. I love what I do right now. My chicks and I are in a good space, and if I could keep doing this and go to bed every night knowing that I’m an instrument of solid change in the world? Well then, I’ve won.

My wish for Wheeling is that it continues to move forward and redefines itself as a city that embraces its reality. I want us to realize that we have a higher poverty rate than is typically acknowledged and work harder to involve those communities into the future plans. I want us to become a place in which diversity is sought, celebrated and appreciated. I want to see jobs in communities where apartment complexes are being built, such as in South Wheeling, and affordable housing for those who are stuck in that middle space of too much money for assistance and not enough to rent uptown. My wish is that it becomes a modernized Wheeling from days gone by, when the streets were bustling, and people couldn’t wait to come here, that works for the lower and middle socioeconomic classes through providing opportunities and equity. I wish it to become a model for fair and equitable living with an over-joyous spirit and renewed energy.