Shawna Littell: Through the Cracks

“Been on my own since I was thirteen,” said Shawna Littell. As a girl, she says she fell through the cracks of the Ohio Valley. She was misplaced, forgotten, and never knew what a stable home was.

“For my sixteenth birthday, I had a little girl. My birthday present, Ashley.”

Shawna’s life …was bleak. She tried to kill herself. Twice.

“You know when you’re there in that mind-frame, you honestly can’t see a way out. I felt like that would be the best for her. But I survived.”

Shawna was born into a culture where children are forgotten and neglected. But she did catch a break when, as a scared sixteen-year-old mom, she stumbled into “Youth Services System” in Wheeling:

“So scary. There’s a man sitting at the table, and we start talking.” She said, he used a lot of words she didn’t understand, but she continued to listen.

“He gave me an opportunity for a life for me and my daughter. At sixteen, he set me up in an apartment. Most kids were worried about new clothes, when they’re going to get their hair done. I was worried about shampoo and toilet paper.”

“I often say that I’m the wealthiest man in Wheeling,” John said, “having been in the company of so many lives.”

Youth Services Systems is celebrating 40 years this year; John has been around for 36 of them. He says the story of the existence and expansion of Youth Services System follows the discoveries the organization has made of the needs within the community:

What happens to kids who outgrow foster care?

What about kids who aren’t counted as homeless because they’re couch-surfing?

What happens to juveniles released from correctional facilities?

Many times, John said, they fall right off the radar. 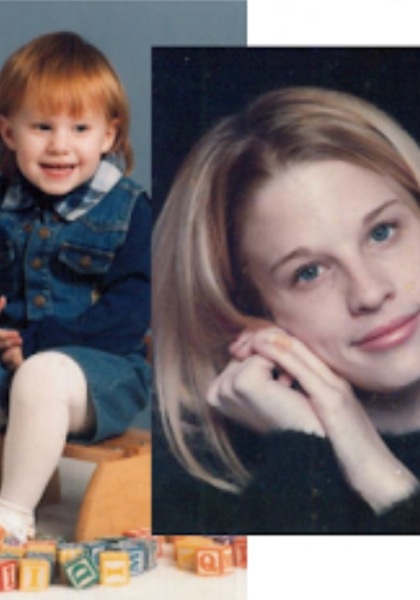 “You’d be surprised in my years how many times I’ve heard from kids that on their 18th birthdays their bags were packed and they were told, ‘Ok, you’re on your own.’”

Five residential programs and a variety of community-based programs exist today for these invisible populations. John says it’s a valuable investment of time and energy.

It’s something John knows all too well. It was early in his career when he had an encounter that emboldened him to work harder for abandoned young people.

“It is still etched in my memory, when we went to the morgue and that body bag was unzipped, seeing a kid that I knew who had ended his life. He was seventeen, soon to be eighteen. And I think in his own despair, and sense of hopelessness for his own future, he thought that this was the best way out. That heightened my resolve,that we had to do anything possible to prevent that sort of thing from happening.”

Kylie Fisher: It’s not love being thrown in their face; it’s drugs.

Kylie Fisher is another beautiful, young woman whose life has been affected by Youth Services. At twenty-two, life has taught Kylie about domestic abuse, crack cocaine, rehab. She knows what it’s like to live in an unheated garage apartment with a baby. She says for people living on the street, things like love and support are replaced with access to drugs.

Working on her GED, Kylie found out about Youth Services. For the first time, she said, she experienced a little of what having a loving parent must feel like.

“I don’t have family that calls me and checks on me like that, so when you DO have something like that… I’m just very grateful. I don’t know where I’d be today if I didn’t have Youth Services System.”