They had to research a mineral, any one of the 3,800 or so that exist on Earth these days, and they also had to prepare to educate their classmates on it when, finally, an acceptable deal was made to return the West Virginia students and teachers to more than 700 classrooms and the service personnel to their assigned stations.

That day will be Wednesday.

“We had a test right before the beginning of the work stoppage, and I introduced the next topic we would progress to, and I did give them the project to work on during the work stoppage,” explained Brooke High School teacher Amy McMahon. “And I have stayed in touch with my students on an app called Remind, and I have reminded them about that project.

“So, we will hear about the minerals they’ve selected, and then we’ll get back to the next topic we’ll cover in class,” she continued. “It’ll be a process that we all expected, and everything will be fine. I’m really looking forward to seeing them.”

An artificial “snow day” was not announced so schedules returned to normal because deliveries of meats, cheese, vegetables and fruits took place soon after the governor’s announcement at 10 a.m. Tuesday, and several mechanics also reported to the transportation department Tuesday afternoon and evening to make sure those yellow buses were ready to roll once again. 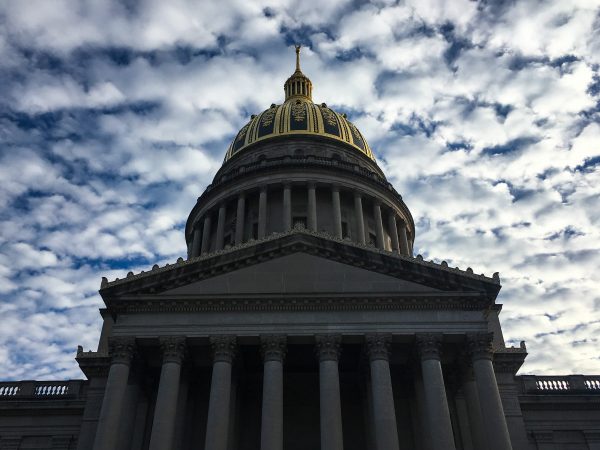 The Capitol Building has been a crowded place most of the Legislature’s regular session, but the past two weeks have been exceptionally crowded.

“Right now, it seems everyone is happy to be going back, but there are a lot of people who are really hoping it all holds true,” he said. “The biggest concern with Brooke County is finding that long-term fix for PEIA, and what they are really willing to do to find that fix. But we do have high hopes for this task force, and we are expecting them to figure something out.

“We’ve been updated a lot the past five or six days by Christine Campbell, the AFT president, and that was a good thing because we’re now living in a society where everyone wants the information now. We want immediate feedback because it’s pretty different than it was back in 1990 when there was a strike for 11 days,” Ujcich said. “At first, we were skeptical because of what we have heard from certain people in the Senate. There was a lot of disrespect shown to the teachers of the state, and we noticed that. We heard that. But, when the governor signed the bill, we knew we were going to back to our classrooms.”

“We realized it’s a big number for the state’s budget, but it’s not a ton of money on an individual basis,” Ujcich said. “It is enough, though, that it will make a positive difference in a lot of ways. That 5 percent also represents the efforts that were made by the teachers and the service personnel by picketing and going to the Capitol in Charleston. That’s who made this happen because that caused a nation to take notice.” 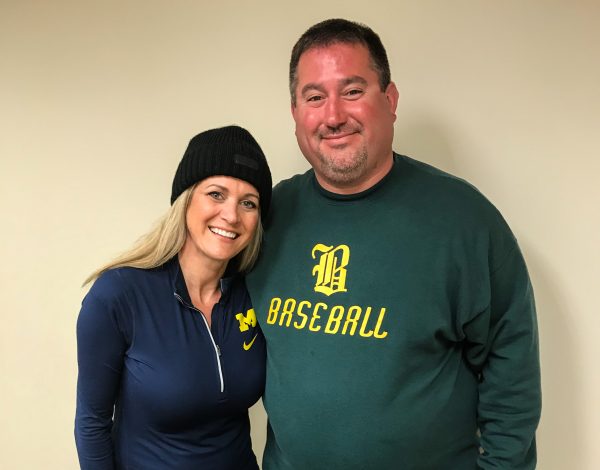 Amy McMahon teaches ninth-grade Earth Science at Brooke High School, and Ron Ujcich is the driving instructor at the high school and serves as the county’s president of the American Federation of Teachers.

On Monday, the county fire marshal was forced to literally close the State Capitol Building because the occupancy was at its limit. In reaction. Mountain State teachers surrounded the structure hand-in-hand.

“What I think it made a lot of people in the Senate realize is that it doesn’t make a difference what your daddy has, where you come from, who you are and how much money you might have,” McMahon said. “When you have the numbers, they have to listen to you. They have to, and that’s exactly what happened after 15,000 teachers and service workers closed down the Capitol.

“This was about principle. That’s why we are going back, and I am looking forward to getting back in the classroom, but I am concerned that our students will be like zombies because of how much time they have had off,” she said with a laugh. “It’s just like at the end of summer or after a long break, and I expect the same. I know my daughter hasn’t been getting up at the same times when there is school, and I expect her to have a tough time getting back into the swing until the end of this week.”

So, what really guided this issue to the sudden turn of events? McMahon has an idea.

“I believe that when Gov. Justice visited the schools last week for the town halls, it opened his eyes. I think he thought, ‘Oh, you really don’t like me,’” she said. “I think that woke him up, so, we when he went to Charleston, he was in a much different frame of mind. 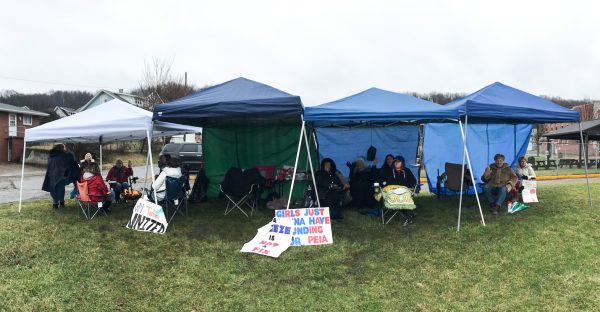 Teachers in Brooke County were forced to take shelter during a few days of the nine-day work stoppage.

“I believe that helped him realize that when people are looking to move into a state, the first thing they look at is the quality of education,” said McMahon. “This whole situation, I’m sure it did not help that impression to people graduating with teaching degrees or looking to move to a place where they want to raise their children.”

It might be Adelite, or Borax, or Calcite or Digenite; McMahon is going to hear all about the planet’s minerals this week all the while with a level of doubt in mind.

“Let’s call me ‘cautiously optimistic’ this whole deal will be what it has been represented to be, and I feel that way because I am still very worried about what will happen with PEIA because it’s very important to everyone that it stays frozen right now,” she said. “I just want to make sure that they do what they have said they are going to do. I know the task force has been formed, and I hope they take the time to really get into it, understand it, and find the revenue streams they need to.

“I am concerned about what’s going to happen with our insurance, and that’s always been my biggest concern, and it still is. What’s a 5 percent raise without a real fix to PEIA? Nothing,” McMahon added. “I understand the insurance industry is big business, and that’s why I am concerned. Plus, I don’t trust a lot of the lawmakers involved, and that’s not my fault. That’s their fault.”