If a local resident wishes to learn about the realities of working law enforcement in the 21st Century, the Wheeling Police Department will offer the opportunity when it begins its sixth year of presenting the Citizens Police Academy.

The first course of 2016 begins on Thursday, March 10, at 6 p.m. and will continue through an 11-week instruction process that exposes the students to an inside look at how police work takes place while dealing with limitations most do not realize exist. Each session is three hours, and the course is free of charge.

The deadline to apply is Feb. 26, and an application can be obtained at the Wheeling Police Department at 1500 Chapline St., or it can be printed by visiting the department’s website here. 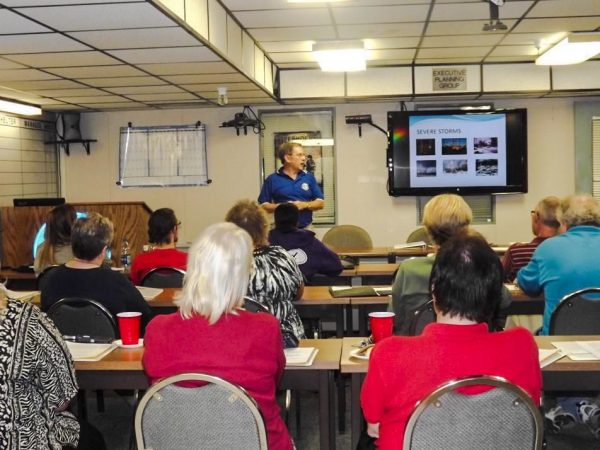 Several speakers visit with the Academy’s participants in the classroom located in the basement of the City-County Building.

“It’s a program we developed several years ago so we could offer local citizens an inside look at law enforcement,” said Lt. Phil Redford, soon to be a 22-year veteran of the Wheeling Police Department. “Every week we concentrated on a different area of law enforcement, and the goal is to take those students through the system that we work in every day. The first week we concentrate on the history of Wheeling Police Department since it is the oldest law enforcement agency in the state.

“That class is instructed by local historian Joe Roxby, and he is a former Wheeling Policer officer who now is a magistrate here in Ohio County,” he continued. “Then each week after that we have different instructors who teach about the many different areas of law enforcement. Everyone from prosecutors, judges, Ohio County deputies, city court judges, and legislators take part in the Citizens Academy during the 11 weeks.” 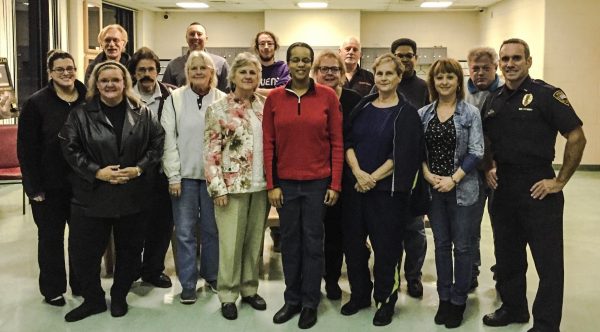 Between 16-to-18 students will be accepted to attend this year’s first session that begins on March 10.

Redford explained that two primary focuses of the academy involve the department’s capabilities as well as its limitations because of reality and not television fiction.

“There are several aspects about the job that I really try to stress, and one of them is the misconception that I believe a lot of people have about law enforcement in general,” Redford said. “I believe a lot of what people believe about law enforcement comes from the TV shows. So, not only do we want them see what we are capable of, but we also hope to show the students there are limitations because a lot of people have the perception that we can solve a crime in 46 minutes like they do on TV.

“The course is very hands-on for the students because the participants get to do things like ride along with an officer while he or she is on patrol; they get to take a tour of our firearms range so they can be exposed to live fire and a S.W.A.T. team demonstration; and they get to see a dive team demonstration,” he said. “The rest of the time we’re in class in the basement of the City-County Building, and that’s where the many instructors come to teach a portion of that week’s class.” 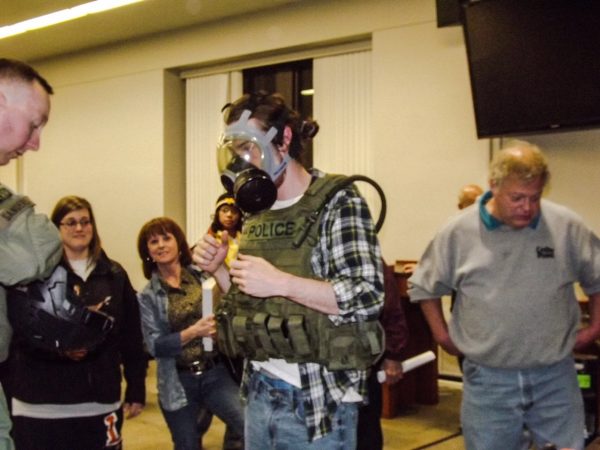 The students in the Citizens Police Academy are exposed to many aspects of police work.

Attorneys, housewives, businessmen and women, media members, nurses, counselors, retired folks, and college students are examples of more than 200 graduates who have received instruction on how the county’s 911 dispatch center operates, basic drug identification, traffic enforcement, how the legal system works from beginning to end, and much more.

“The main reaction from people who have participated in this program is how eye- opening it truly is,” Redford reported. “Most of them have told us that it was not what they perceived it to be, and a lot of them didn’t want the class to end. They wanted to learn more and more.

“It’s created what I consider more than 200 ambassadors for our department because they were given the opportunity to see how things truly work,” he continued. “The program really reveals the realities that we, as police officers, face every day while we work to make Wheeling as safe as possible for our citizens.” 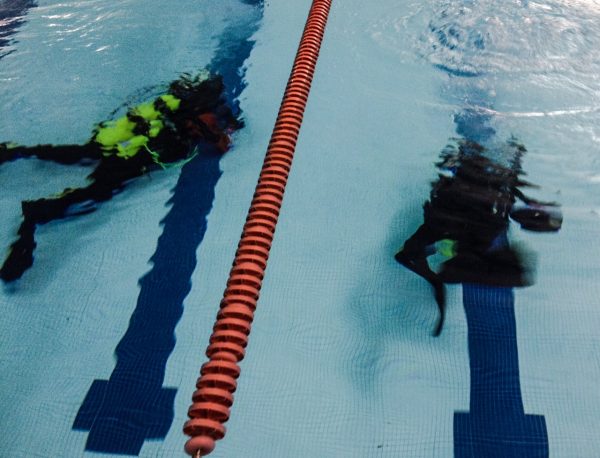 A drive team demonstration was added to the Citizens Police Academy curriculum after the Wheeling Police Department started the course in 2010.

Redford, who can be reached to answer questions by calling his office at 304-234-3675, said expansion to the citizens program has been amended since he and Cpl. Josh Sanders started it in 2010.

“We have expanded it over the past several years because we became aware of more areas we wanted to show the citizens who choose to take this course,” Redford said. “Following each of the past 10 classes, we have conducted surveys that all of the graduates completed, and a part of that survey is a section where the graduates can tell us what else we could include.

“So, in reaction, we’ve added a few things, including another field trip so the folks can see how our marine and dive teams operate, as well as our bicycle patrol,” he explained. “The course really is an inside look at how police work takes place from beginning to end.” 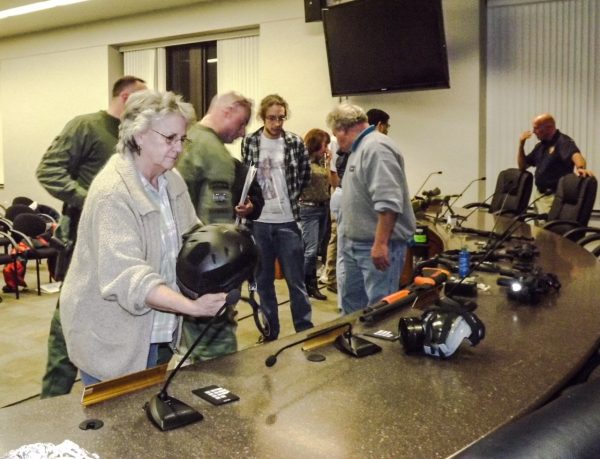 People of all ages have completed the 11-week course.

The Citizens Police Academy even includes a tour of the Northern Regional Jail in Moundsville, a facility that operates both a jail and a state prison. Academy students, during the seventh week, are permitted access to the booking area as well as the main hallways, the visitor’s area, and the observation towers.

“The jail experience is something that a lot of us in law enforcement do not get to see because we very seldom go beyond the booking area,” Redford said. “So it was a new experience for me, too, to walk into the areas where the general population is and to go up into the observation towers. You really get to see how those people live inside there. It’s very eye-opening.”

The best part of the course, Redford believes, is the chance for citizens to interact with actual police officers because he feels those relationships have allowed the students to peer past the headlines, sound clips, and the social-media rumor mill. 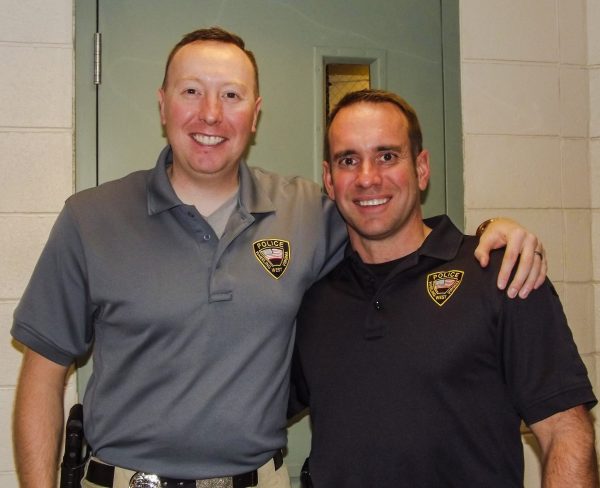 Cpl. Josh Sanders and Lt. Phil Redford have been the lead organizers for the Academy since 2010.

“It is a great opportunity to interact with a lot of the law enforcement experts that we have here in this area. The participants get to see the human side of law enforcement, and they get to know several police officers on a one-on-one basis,” Redford explained. “And I believe that’s important at this time because of the stressed relationship the public seems to have today with law enforcement.

“This course is a great opportunity for people to realize that there are many more good people who are working hard to do what really is a thankless job,” he said. “And the first 10 classes have been very successful, and we have even formed an alumni group and a Volunteer Assistance Program with many of the graduates of this course.”

While riots and protests have taken place in several U.S. cities the past two years, Redford feels officers with the Wheeling Police Department have a healthy relationship with those they protect and serve. 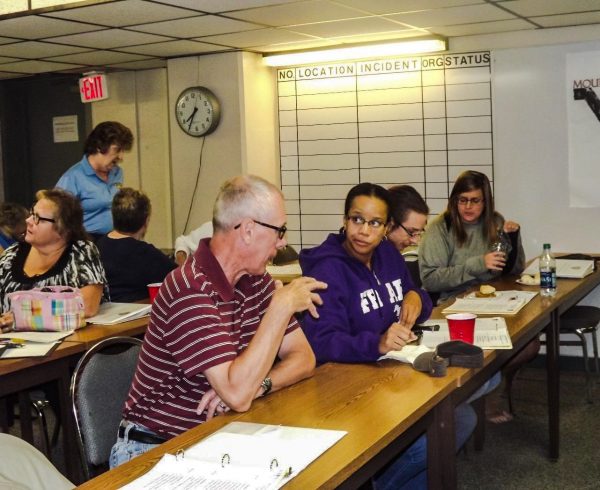 Participants not only attend classes but also take several field trips, including a tour of Northern Regional Jail.

“There’s no doubt this program has helped improve the relationship between the police and the people here in Wheeling,” Redford insisted. “And it’s not been limited to Wheeling citizens, either, because we have had people attend who live as far away as Parkersburg and West Alexander, Pa.

“The class that we offer is open to anyone who is 18 years or older, can pass a background check, and has a clean criminal history,” he said. “Each class usually has about 16-18 participants, so we are hopeful that citizens will continue applying to take the class.”