Although the demolition of the Aetnaville Bridge is officially scheduled for spring 2015, the 123-year span will remain in place as-is for at least 18 more months, according to Dave Sada of West Virginia Division of Highways, District 6.

The bridge, which opened in 1891 as a span for buggies and pedestrians over the back channel of the Ohio River, connects on the North End of Wheeling Island to Aetnaville, Ohio, a small community between the Village of Bridgeport and Martins Ferry. It was designed by the Wrought Iron Bridge Company of Canton, Ohio, and it includes four spans, three pier supports, and measures 440 feet in length. 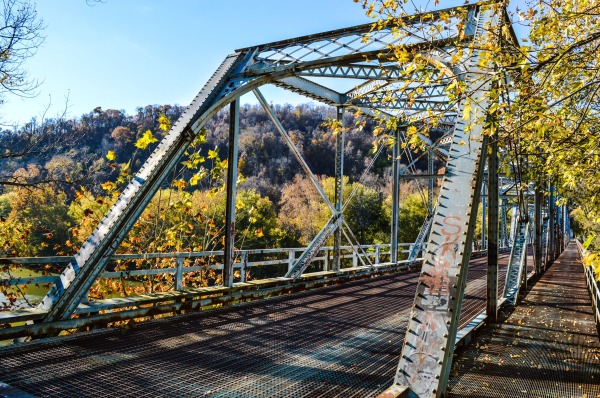 Sada confirmed that the bridge was closed to vehicular traffic in 1988 because of safety concerns.

“ODOT is arguing with us about which state owns what’s in place on that side,” Sada said. “There is an overpass that goes over Ohio 7, and right now they are saying that West Virginia owns it and is responsible for it. Of course, we disagree with that claim, but no matter what the final decision is, what is on the Ohio side can remain. We’re only concerned with what is above the Ohio River.”

Someday, Sada confirmed, the bridge’s superstructure will need to be removed just as the Bridgeport Bridge was in September 2011. He added that officials of the U.S. Coast Guard have expressed concern about debris falling into the river.

The process of removing the Aetnaville Bridge most likely would be similar to the demolition of the Bridgeport Bridge – explosive. Although a decision has not been finalized, according to Sada, it is probable that explosive charges will be used to drop the superstructure into the Ohio River, and then cranes would lift the steel for scrapping.

“The Aetnaville Bridge is falling apart just like the Bridgeport Bridge was, and that’s because (DOH) has not performed any maintenance work on it since it closed 26 years ago,” Sada said. “The superstructure of the bridge is still strong enough for walkers, runners, and bikers, but to us it’s way beyond the point of repair. 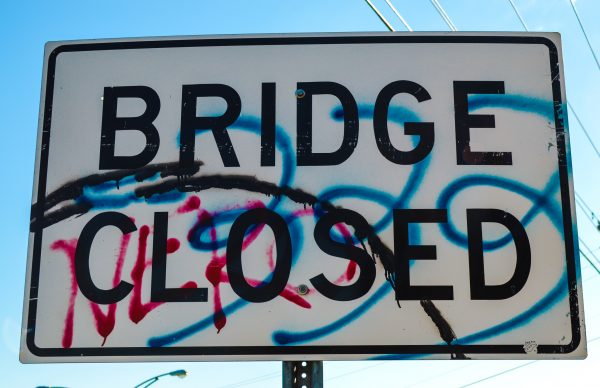 “There’s really no rush to bring it down, but that bridge is in disarray. It’s time,” Sada continued. “The demolition would likely cost around $800,000 if it was to take place today, but a lot of those dollars could be recouped by selling the steel as scrap.”

The decay is naked-eye visible, but the steel decking, railings, and support beams all remain intact. The Aetnaville Bridge is used daily by those needing access to one side or the other. On the Ohio side, a Kroger grocery store is within walking distance, and several Wheeling Island businesses and restaurants are near the area of North Huron and George streets, where the span’s West Virginia-side approach is located. 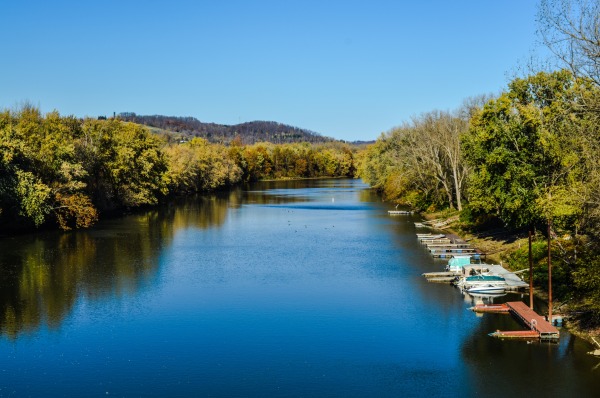 “There are a lot of people who depend on that bridge to get to their jobs or to get groceries, and without it that walk is impossible,” said Lynne Walton, a member of the Wheeling Island Neighborhood Association. “And I know a lot of North End residents use the Aetnaville Bridge when they go jogging or bike riding.

“And that bridge is part of Wheeling Island history,” Walton insisted. “That section of the North End would never be the same without that bridge being there.”

The steel super structure may vanish within two years, but Sada confirmed that the WVDOH and the U.S. Coast Guard have agreed the pier supports can remain standing so a new pedestrian span can be constructed. 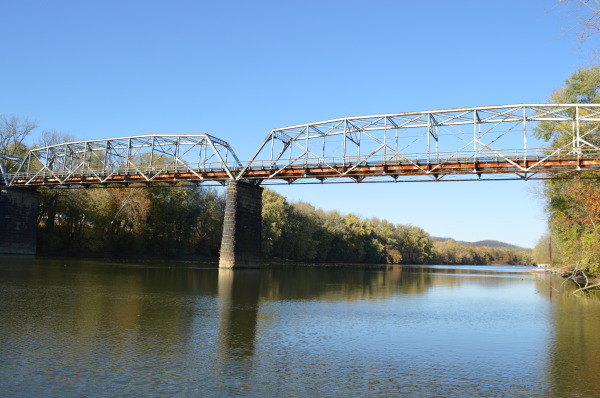 “The plan right now is to leave the piers in place so a walking and biking bridge can be built,” he said. “We have talked with the city of Wheeling and the Rails to Trails organization to make that happen, and we hope the city of Wheeling is willing and able to contribute toward the project. We don’t know that decision at this point.”

Wheeling Vice Mayor Gene Fahey said he is positive the city will contribute to the project when the time arrives.

“I would personally encourage city council to support the walking and bike bridge,” said Fahey, who represents the Sixth Ward of Wheeling. “This would be a great recreational opportunity to reconnect the North Island to the Aetnaville section of East Ohio.”