The Wheeling Symphony Orchestra, under the baton of conductor and music director Andre Raphel, performs music that evokes the American experience at the historic Capitol Theatre on Thursday, November 10th at 7:30 p.m.

In honor of Veterans’ Day, the WSO Board of Directors extends an invitation to all active duty military, veterans and their families to this All-American Concert free of charge. For details about this special offer, please contact the WSO Box Office: 304-232-6191.

Maestro Raphel said about the concert, “The November Masterworks program features works inspired by American musical roots.  The use of folk songs, hymns and spirituals by Copland and Dvorak reflect America’s cultural influences.  Appalachian Spring and Dvorak’s 9th establish sound worlds that embody the feelings associated with “home” and Copland’s music in particular reflects the optimism of the American spirit.”

The concert’s world renowned guest artist is Svet Stoyanov performing Jennifer Higdon’s “Percussion Concerto” a composition that leverages the full range and tambour of the percussion family of instruments. Higdon, a Pulitzer Prize and Grammy winner, is one of America’s most frequently performed living composers.  She was composer in residence during the WSO’s 2012-13 Season.  Ms. Higdon personally selected Mr. Stoyanov to perform her concerto. 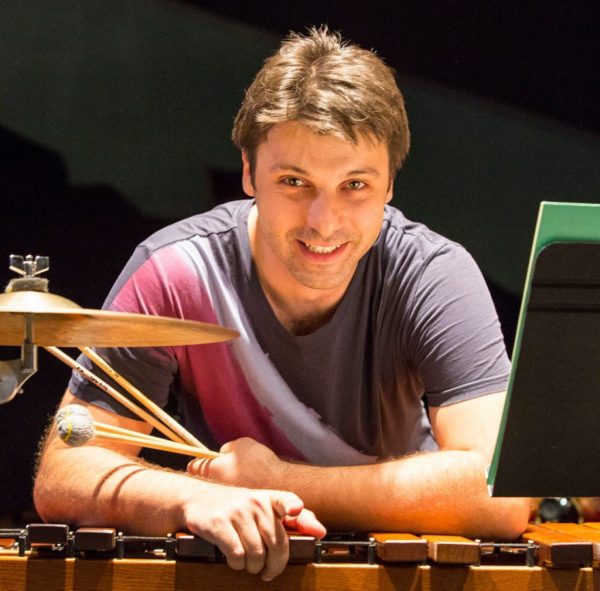 Stoyanov is a world class performer and teacher who has performed thousands of recitals and taught hundreds of masterclasses worldwide. “The New York Times” praised Mr. Stoyanov for his “understated but unmistakable virtuosity” along with a “winning combination of gentleness and fluidity; (he is) a driving force in modern percussion.”

“Jennifer Higdon’s Percussion Concerto, which was a Grammy winner for Best Contemporary Classical Composition, will be a thrill for the audience to hear and see.  This exciting piece will not only feature soloist Svet Stoyanov moving about and playing a dazzling array of instruments, but also highlights the orchestra’s percussion section creating a unique aural experience,” Raphel added.

The concert concludes with Antonin Dvorak’s “Symphony No. 9” (From the New World), written by the Czech composer in 1893 while he was director of the National Conservatory of Music of America in New York City. “From the New World” is one of the most enduringly popular symphonies in the orchestral repertoire; a recording of it accompanied Astronaut Neil Armstrong to the moon on the Apollo 11 mission in 1969.

The WSO is grateful to the Elizabeth Stifel Kline Foundation for its generous concert sponsorship.

A pre-concert dinner will be served in the Capitol Theatre Ballroom beginning at 5:30 p.m.  Catered by Later Gator, the menu features Sirloin Steaks, Chicken with Artichokes & Peppers and Pecan Pie for dessert.  The three course buffet style dinner is $25 per person and your advanced payment is your reservation.

Concert Talk also in the Capitol Theatre Ballroom will begin at 6:30 p.m. Concert Talk is free and open to the public.