It is my belief that everyone should see it.

If that were to come true somehow, I think it would spread the accountability concerning the protection of our freedoms and rights, and it would also help many Americans better understand PTSD.

I am speaking of the new film “American Sniper,” the real-life tale of Navy SEAL Chris Kyle as portrayed by Bradley Cooper. I was asked by my son, Michael, to go with him to Marquee Cinemas at The Highlands to see the movie, which was billed as “The One” all veterans of the War on Terror would appreciate the most. Michael was there, in Afghanistan for his initial tour soon after 9/11, and then in Iraq for two tours with the Rakkasans of the 101st Airborne Division.

Thankfully, Michael returned home each time free of bodily harm, but his experiences altered the way he viewed his country. Being surrounded by unknown threats all day, every day has a way of amending one’s mindset and manipulating modes of operation. 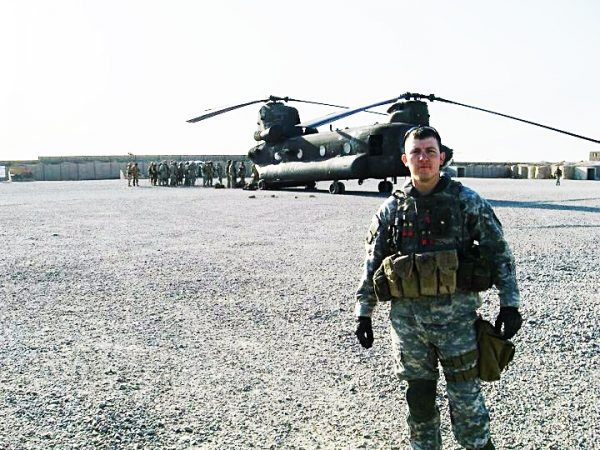 PTSD has been impacting American veterans since the Revolution. Pulitzer Prizing-winning author Tony Horwitz researched the impact of PTSD on those who fought in the Civil War (http://www.smithsonianmag.com/ist/?next=/history/ptsd-civil-wars-hidden-legacy-180953652/), and Vietnam veteran and Veterans Administration counselor John Looney confirmed that he has spoken with veterans from World War I, World War II, Korea, Vietnam, Operation Desert Storm, and the wars in Afghanistan and Iraq, and they too have been affected by what they saw and what they did while on duty.

“But once upon a time ago, big boys didn’t cry,” said Looney, the Team Leader at the Wheeling Vet Center. “It was a pride thing. When our soldiers came home from the world wars, they were heroes, and no one wanted to see a hero cry. But they did, just not often in public view.

“And then our country’s attitude about war changed, and when our veterans came home from Korea and Vietnam, they just hid themselves away,” he continued. “But now PTSD is more in the forefront, and that’s because it’s so prevalent. Protecting our country is not an easy thing to do, and it calls for actions we are not used to in our everyday lives. When they come home after being in that atmosphere, it takes time for them to adjust back into our society.”

And that is because of what “American Sniper” depicts: The constant threat. The silent bullets. The unexpected ambushes. The roadside improvised explosive devices. The invisible enemy. 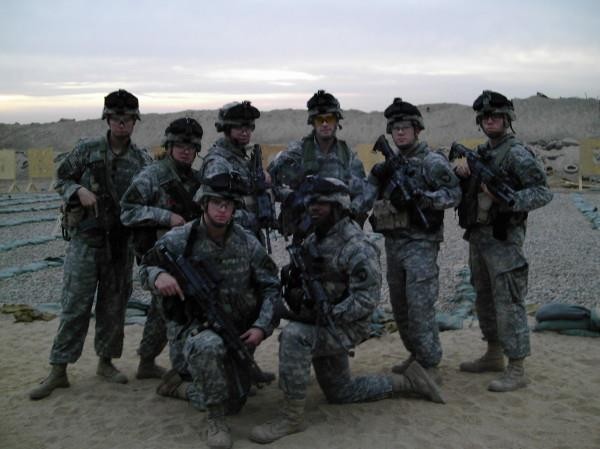 But a soldier does not need to be a sniper with 160 confirmed kills to return home with intense anxiety issues. The federal government likes to state that one out of every three veterans returns home with PTSD, but I disagree. If you served in a combat theatre and were lucky enough not to suffer any physical injuries, you are still changed forever. It’s one out of one in reality.

One of the many reasons why I wish every citizen of the United States could take the two hours and 14 minutes to see “American Sniper” is that it puts all who do watch it on edge. Kyle and his battle buddies wage war against their own morality while fighting an enemy willing to sacrifice even women and children along the way. During his four tours, Kyle made difficult decisions that you and I do not like to ponder because of the unspeakable brutality and bloodshed they involved.

At the end of the showing of “American Sniper” I attended, the sellout crowd simply stood up and filed out without conversation. We were all speechless. I could tell by the looks on many faces that, for the first time, the film allowed for some to comprehend the angst, the invisible scars, and the frustrations that follow such duty.

Our veterans first enter into war as gullible and naïve as we are today, but they quickly learn of the danger and of the enemy’s will to kill members of the free world in order to force a different way of life on others. In war, it’s not about Republicans and Democrats. It’s not about politics, in the least, and it’s not about the reasons for their deployments.

It is about survival because it has to be.

Our veterans want us to gain a better understanding of their service, and that’s because they want to be better understood. I was not there while my son and his comrades conducted door-to-door inspections in Baghdad and munitions raids near Mosul or when the IEDs exploded near his Humvee, but I have expended hours listening and I spent two hours and 14 minutes in a movie theater, too.

I did so as a veteran’s father who wishes to know his son well, but also as an American wanting to interpret the cost of preserving my rights and my freedoms. “American Sniper” exposes the valor and fortitude, as well as the realistic horrors, of a war against terror. 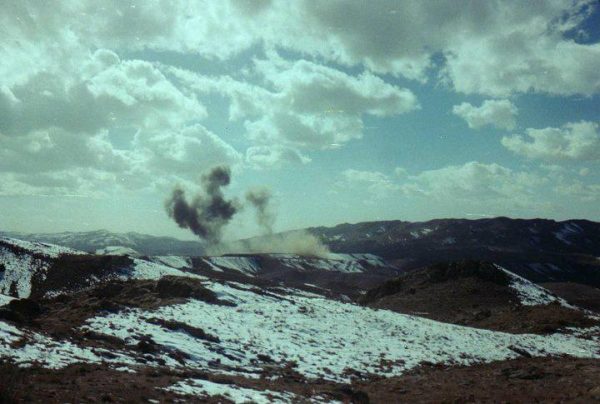 (The photos were provided by Novotney’s son, Michael, and were taken during his one tour to Afghanistan and two to Iraq between 2002-2006.)