For a third consecutive June, people of all ages, shapes, and sizes will trek their way to 11 different destinations while competing in the annual Challenge Wheeling event scheduled for this Saturday in downtown Wheeling.

The race, approximately the equivalent to a 5K run, represents something of a scavenger hunt.

“This year’s Challenge Wheeling is this Saturday, and River City will once again serve as our headquarters. That’s where all of the participants will meet to get registered,” explained co-founder Christie Contraguerro. “That’s where they get their race packets, and that’s where they receive the clues that they will need to complete the event. 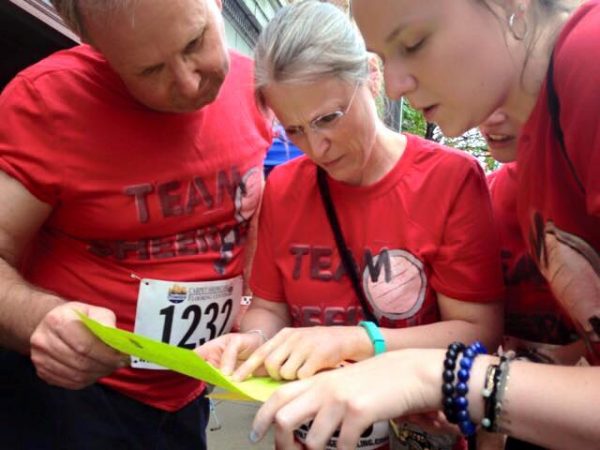 The clues lead the teams to different destinations where each must take a photo of their group.

“There are a total of 12 clues, and each team has to solve at least 11 of them to qualify to win,” she continued. “The teams have to be at least two people, but we have had teams with a lot more people. They work together to solve the questions so they can get to each destination where they then have to take a photo of their entire team at the right place.”

The racers must be at least 18 years old, and they cannot use automobiles, bicycles, taxis, rollerblades, or skateboards, but they are permitted to use public transportation and their smartphones for factual assistance. During the initial two events, the participants have found themselves on Wheeling Island, in the downtown district, and in the East, Center, and South Wheeling areas. Early registration is $25, and the fee on race day increases to $30. 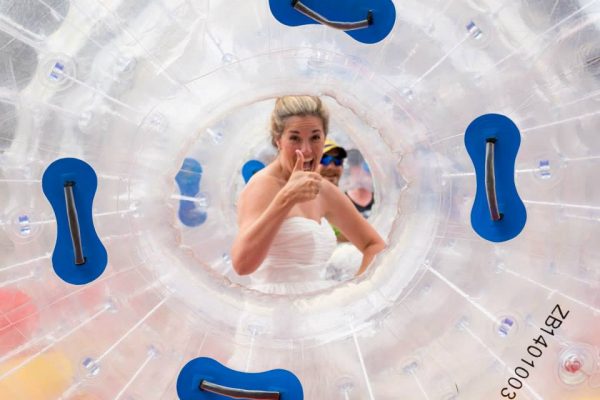 Missy Ashmore with Kennen & Kennen Realtors has competed in the past but is serving as a volunteer organizer for this year’s event.

“YSS is an amazing organization that does so much for our community,” Contraguerro said. “They offer so many different programs for the children of this area, and they also assist the homeless with the Winter Freeze Shelter each year between December and March.

“One of the reasons we started this event was to give people a fun way to contribute to such a wonderful organization,” she said. “You pay the registration fee, and you get the T-shirt and the after-party buffet, and you get to have a lot of fun with your friends and family during the event.”

Contraguerro and co-founder Tammy Kruse create the distributed clues, and it is the decision of each team how to go about figuring out the answers. 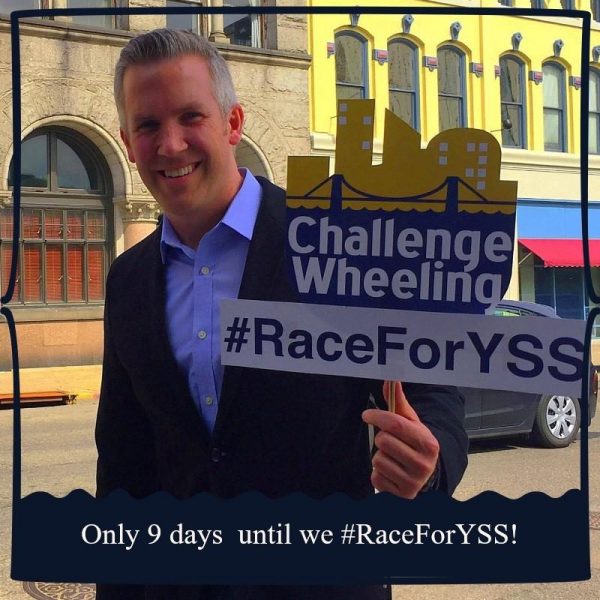 As a part of the event’s marketing campaign, Contraguerro photographed Wheeling residents – like Mayor-elect Glenn Elliott – to remind local folks of the countdown to June 18.

“The clues are riddles that we develop that lead the racers from one place in Wheeling to another and so on,” Contraguerro explained. “The racers have gone anywhere from Wheeling Island Casino to the third-floor courtroom at Independence Hall.

“I know when I participated in a similar event in Pittsburgh, the clues led us to places I didn’t even know existed there, and our hope is that we accomplish the same thing here in Wheeling,” she said. “I think we have a habit of seeing things every day and then forgetting that they are even there. And the best part is that you don’t have to be a Wheeling history buff to solve these clues. They can use their smartphones if they want to, too. It’s more about having fun.

The River City staff, Contraguerro confirmed, will prepare a pasta buffet for competitors after the race, and participants also will have the chance to climb a rock wall and enjoy a festive atmosphere along 14th Street. The restaurant will offer drink specials, including a special concoction known as “Run Baby Rum.” 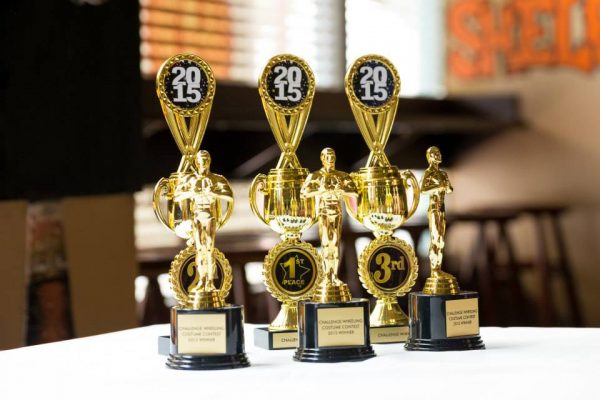 A couple of new awards have been added to the mix this year.

Oh, and yes, the majority of racers will be in costumes, and there is a costume contest, too, with the winners receiving a $50 gift card for River City.

“Who doesn’t want to wear a costume? It’s so much fun,” Contraguerro said. “We’ve really had some great costumes in our first two years. We’ve had the Teenage Ninja Turtles, a team of ladies with wedding dresses on, one team dressed as super heroes, and Snow White and her Seven Dwarfs, and dinosaur hunters.

“The participants also name their teams, and we’ve really had some pretty creative ones,” she continued. “Sure, there’s a little bit of competition during the day, but this is much more about just having a fun day in our downtown.” 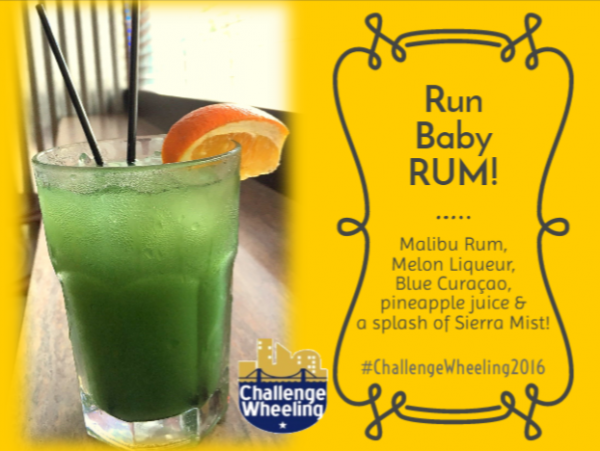 The River City will offer several beverage specials on Saturday, including this mixed drink dedicated to Challenge Wheeling.

Carpet Showcase Flooring Center is once again the presenting sponsor, and Wheeling Heritage, the Brad Paisley Foundation, and Orrick, Herrington & Sutcliffe also are Gold Level supporters. Registration begins at 10:30 a.m. at River City, and the race begins at noon. The team to return the quickest with the correct answers and the 11 team photos at each destination wins $500. The second-place finishers received $100, and third place is worth $50.

“I participated in a similar event in Pittsburgh with some family members, and we had a blast. We loved it, and that’s when I started thinking that it could work in Wheeling, too,” Contraguerro said. “We wondered why we had to drive up to Pittsburgh instead of having such an event in Wheeling.

“That’s when Tammy Kruse and I had lunch, and we talked about it, and that’s when we decided to move forward with it,” she continued. “We weren’t sure how people in the Wheeling area would react to it, but we’ve had more teams each year, so we are hoping for more than ever this year.”

(Photos supplied by past participants and by Ms. Contraguerro)