The eighth “Show of Hands” event is now less than a month away, and ReInvent Wheeling Director Jake Dougherty is hoping he receives even more applications than have been submitted thus far.

“Show of Hands” is a showcase during which a local business or organization can gain funding for a particular goal or venture that is explained in detail during each presentation. The doors of the Capitol Theatre ballroom will open at 5:30 p.m. on Wednesday, Feb. 17, and the event will get under way at 6 p.m. 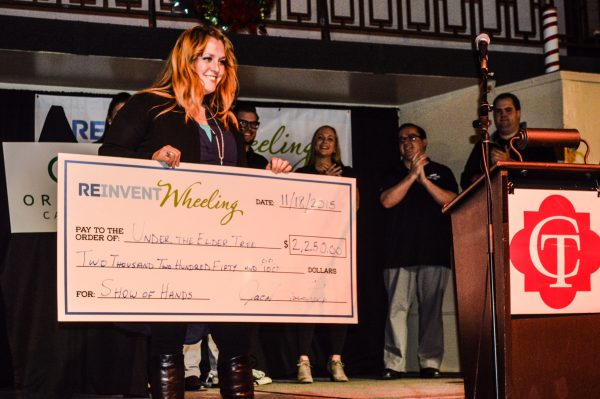 Carrie Eller, the winner of the most recent “Show of Hands,” owns Under the Elder Tree at 1904 Market Street.

“This will be the final event in our second season, and we are all very pleased with the fact the organizations and businesses that have won ‘Show of Hands’ have gone on to be very successful,” said Dougherty. “Others have seen that, and that’s why they have decided to get more involved by presenting themselves.

“It’s really been an amazing journey since the first ‘Show of Hands’ to watch it evolve over time, and I believe it’s an example of what has been taking place here in Wheeling for the past few years,” he added. “And the best part is that there is still a lot of momentum that will continue moving us all forward.”

Each of the four presentations is scheduled to begin at 6:30 p.m., and the four participants are allotted four minutes to make their pitches. Following the individual presentations, each participant will field four questions from audience members, and at the end the audience members are asked to vote for their favorite project or business plan. The one that collects the most votes wins the prize money. 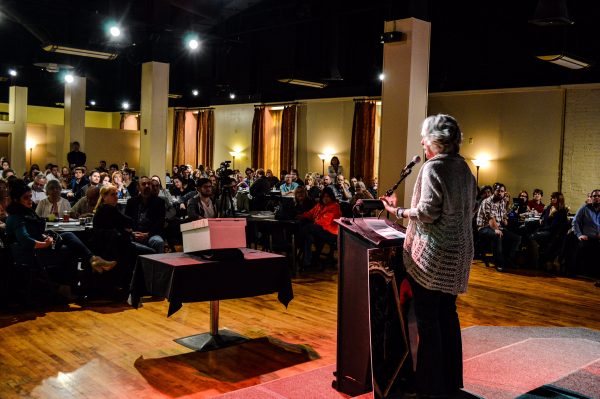 Amy Cordy, owner of the Vintage Cottage at Centre Market, was one of four presenters during the most recent “Show of Hands” event.

International law firm Orrick, Sutcliffe & Herrington is donating $1,000 for each “Show of Hands” event, and the winner collects that amount plus what is generated by donations offered by those who attend. Those who attend are asked for a $5 donation that adds to the amount won by the presenter receiving the most votes. People who want to donate $10 will be offered a couple of minutes on the microphone to promote a business, event, or a project of their own.

The winner on Nov.18 was Carrie Eller, the owner of the Under the Elder Tree Massage Therapy & Natural Body Care in Center Wheeling.

“I had been invited by Jake Dougherty to submit my application for participation in the competition. I believe it was four different times. I regularly attend the function and knew it would be a good funding opportunity for my business,” she explained. “However, I never felt I had a cohesive idea for which to use the funds, so I didn’t think the time was right until this past November’s competition. My business was starting to grow by leaps and bounds and had reached the stage of needing to spearhead an expansion. I was brainstorming on how to make it happen when I was struck by the burglary on my business. It was the perfect recipe for me to reach the decision to throw my hat into the ring. 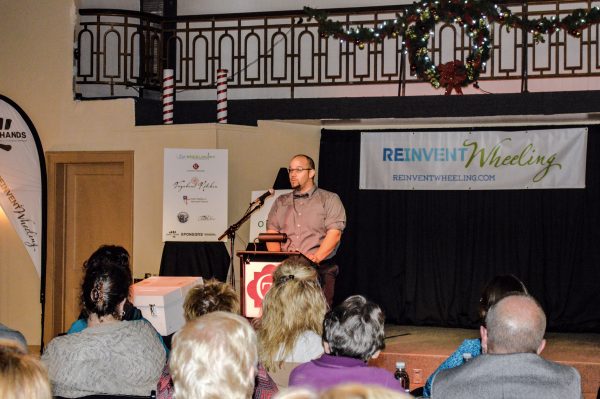 “And since I am a regular supporter of the event, I was fairly aware of what I was getting myself into. When I found out what other highly worthy businesses I was competing against, I knew I had to really work hard to make a cohesive well-rounded presentation,” she continued. “ I sat down to do my homework on what facts and issues I wanted to address to the crowd, and then I just practiced my speech over and over in front of some wonderfully highly critical friends. I definitely was hoping to win, but even just being on that stage was a way to reach more with my mission. If I didn’t win, it would be an amazing advertisement at the very least.”

During her presentation Eller explained to the crowd of more than 200 local residents that the time to expand her retail and massage options had arrived, and she explained that it’s since taken place at Under the Elder Tree.

“I have put forth my prize money to help fund the reconfiguration of my shop. I’ve had rows upon rows of shelving built onto my walls to house my hundreds of herbs, teas, oils, and infusions,” Eller said. “The counter has the capability to have multiple stools pulled up for various small workshops and classes in the future. I’ve also expanded my prep counter dressers so I have more work and storage space, and I also now have new plumbing and a sink in my work area as well. 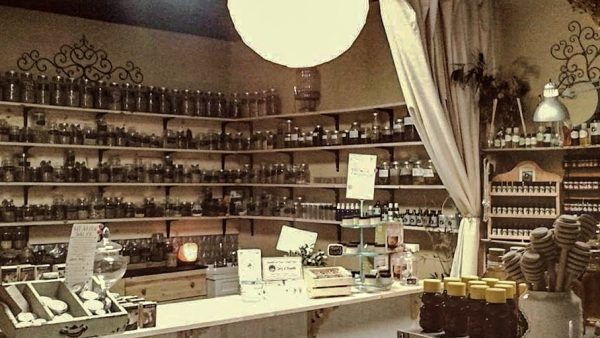 Eller used the funds to expand the retail options at Under the Elder Tree.

“I also now have extra shelving built into my back room which will eventually house the new massage area,” Eller continued. “All the craftsmanship, wood, and fixtures have taken up my entire $2,250.00 budget of my winnings. I still have some painting and organizing to do, but for the most part, the prize money was nearly enough to cover all of my project.”

The volume of customers, Eller reports, has increased since appearing during “Show of Hands.”

“I have had so many people coming through my door to congratulate me and to see just what Under The Elder Tree is all about,” she said. “For how small of a community that the Wheeling area is, it’s surprising to know that there are many people who still aren’t aware of just how many wonderful businesses and shops there are to explore. So, all the coverage on the media and all the word of mouth have definitely increased the foot traffic through my business door.”

That is why Eller has encouraged other owners of local businesses to get involved and submit applications to participate in the “Show of Hands” event set for next month. 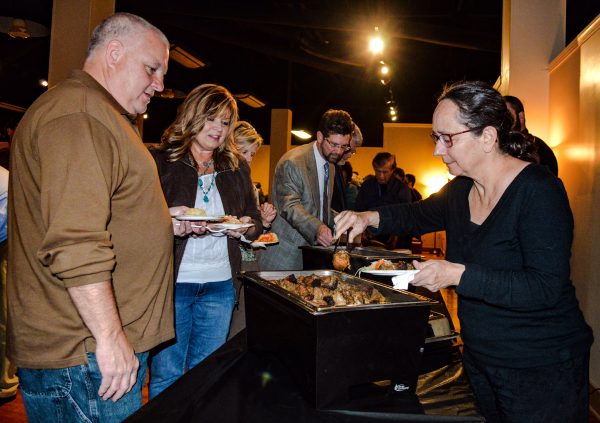 “It is a great way to get exposure, advertising and a fantastic way to have the community rally behind you,” she said. “And I’m always encouraging others to just attend as audience members as well. It is a fun way to truly get your fingers on the pulse point of the whole energy wave that is driving the reinvention of Wheeling.

Dougherty said he has not yet finalized plans for live entertainment but will do so soon, and the “Vagabond Chef,” Matt Welsch, will return once again to provide the catering. Casa de Vino and the Wheeling Brewing Company will partner in providing an assortment of beverages for the public, as well.

“What’s been great is that the attendance has increased each time, so it shows how engaged the community is right now with forming the future of the city,” the ReInvent Wheeling director said. “It also increases the amount that a local business or organization can win to make their visions come true, and that’s what this is all about.”