Are You Ready For Some (Injury-Free) Football?

Go ahead. Sing it to yourself. We all hear it in our heads — that familiar Monday Night Football tune. It’s coming. Football is back for 2015, and, depending on where you are in life, it has different meanings. To millions of fans it means gearing up for high school Friday Night Lights, Saturday College Gameday and the ensuing plethora of college games, Sunday’ NFL matchups, and, of course, Monday night football.

To others, however, it means actually donning the cleats, pads, and helmets and entering the arena to perform in front of thousands of boisterous and excited fans. And in locker rooms across the country on crisp fall afternoons or evenings, players at all levels will check themselves in mirrors before running onto the field and ask themselves the same single question: “Are ‘YOU’ ready for some football?” Just what exactly does this mean to the high school athlete who is playing the game?

Let me attempt to answer that from several different perspectives. First, let’s consider the athletes’ view. I know because I’ve been there. I’m one of the Ohio Valley’s own products. The harder you work, the better the results. More weight, more speed, more muscles and the results will show on the gridiron. In the mind of the player if you weighed 180 pounds last season, you need to beef up to 200 pounds your senior year. If you bench 225 pounds, increase it to 325 pounds. If you squat 300 pounds, push it to 400 pounds because more is better, right? 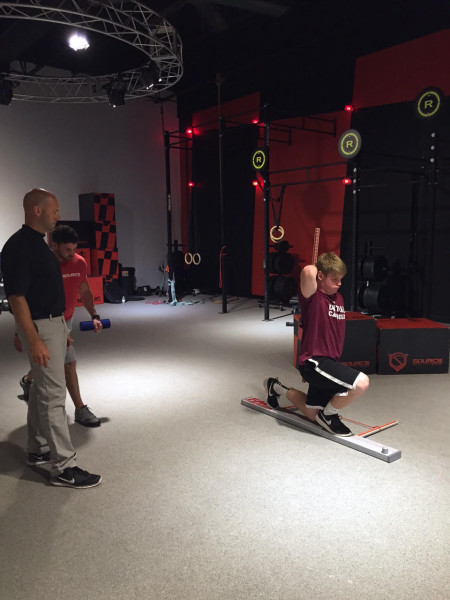 Now, let me approach this from the perspective of a rehab specialist who makes a living not only fixing Friday-night injuries, but also practicing and teaching preventative medicine. Although it is rewarding getting the athlete back on the field, I’d really rather prevent the injury from happening in the first place.
So back to the original question: “Are you ready for some football?” In some ways, I don’t disagree that more is better. But at what cost and what quality are we getting more, and how do we ensure that the more isn’t making us more likely to be in the training room?

Here’s what we are learning in injury prevention. If you look like a football player, it doesn’t necessarily guarantee that you are a football player. In the athletic world there’s a saying for that: “Looks like Tarzan; plays like Jane.” The search for reducing the likelihood of injury in athletics has not led us to consider strength, flexibility, height, weight, speed, or vertical jump. Instead we have come to examine the quality of movement. Imagine that! Quality is better than quantity? Who would’ve guessed it?

How are we finding that quality? In movement. Basic movement. Quality movement. Complete movement.

The NFL, college football, and several other professional sports and collegiate sports are finding it through the Functional Movement Screen (FMS). In fact, it’s now a part of the NFL draft combine and regarded as highly or even more highly than the traditional combine tests such as the 40-yard dash, bench press, vertical jump, broad jump, thee-cone drill, and shuttle run. If you’re big, fast, and strong, that’s great, but you’re doing the team and yourself no good if you’re sidelined with an injury.
What we do know about the likelihood of injury is that it’s increased by any of the following: 1. a previous injury; 2. pain; 3. asymmetries; and 4. incomplete movement patterns. Interestingly enough, this quality movement can or cannot be obtained regardless of whether you are short, tall, overweight, underweight, strong, or weak.
Am I saying that if you’re 5 feet 5 inches tall and weigh 135 pounds, you won’t get hurt playing defensive tackle if you have a good movement screen? No, not at all! There are specific requirements and recommendations of strength and size for playing a position in any sport. What I’m saying is if you have that size and strength for your position, don’t hang your hat on that alone or feel that more strength is the answer to avoiding injury and beating your opponent if you don’t move well. You are more likely to get injured than the player on the other side if he is of equal size and strength but also has better movement ability than you do. Guaranteed. 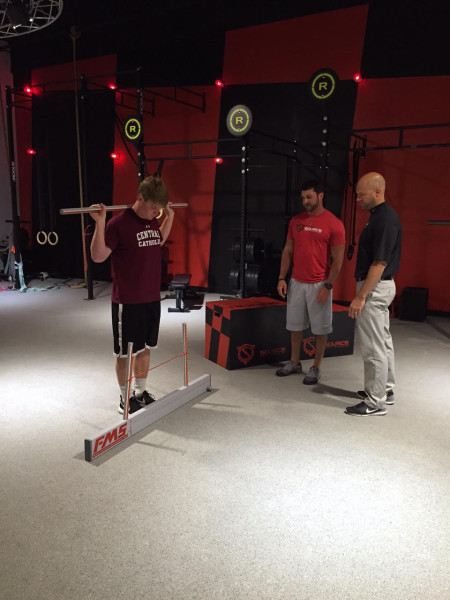 So movement screening, in its most basic form, is pretty simple. It doesn’t diagnose, but it tells the truth about how you move when the body is slowed down and not in competition or being tested for performance ability. First, do you have pain with movement? Second, do you have an asymmetry with your movement? And last, do you have incomplete movement?

Some of the best coaches and athletes are the ones that can see the game as basic and simple. It’s been said football comes down to blocking and tackling. Well, in order to block and tackle, you have to be able to move and you have to be able to move well. So once again back to the question: “Are you ready for some football?” If you’re the enthusiast, yes, you’re always ready. If you’re the player, consider movement first over other parameters, and you’ll be ready too.

Justin Kiger is a physical therapist with Mountain River Physical Therapy at Source Fitness in St. Clairsville. He is also an adjunct faculty member at West Liberty University and teaches Sport Rehab.