Committed to bringing some of the greatest American music to the stage in Wheeling, Music Director John Devlin opens the 90th season of the Wheeling Symphony with a tribute to the Queen of Soul on Friday, Sept. 20. Hear the fully orchestrated versions of the music that earned Aretha Franklin the distinction of being voted the Greatest Singer of All Time, twice by Rolling Stone magazine.

But, before you go …

• Aretha was born in Tennessee in 1942 and started singing as a child in the church where her father served as minister. Her parents separated by the time she was 6 and her mother died shortly before she turned 10. 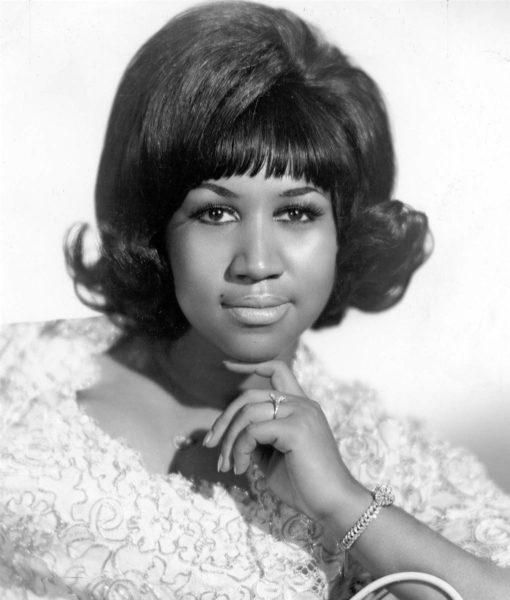 • Her father was a traveling preacher and took Aretha with him to showcase her amazing singing and piano talent. Growing up in Detroit, she understood the unrest of the Civil Rights Movement and occasionally toured with Martin Luther King Jr. She later performed at King’s funeral.

Aretha Franklin received the Presidential Medal of Freedom on Nov. 9, 2005.

• Aretha was married twice and is the mother to four sons. Her first son was born when she was just 12 years old. Another followed when she was 15. Her third child, Teddy Richards, often played guitar on stage with his mother.

• She often used her musical platform to bring attention to issues important to her. She frequently spoke out on behalf of civil rights, women’s rights and Native American rights. She supported these causes monetarily and by performing at benefits.

Before you attend the WSO performance Friday, find out a little more about the music you will hear there.

• I Say a Little Prayer was originally recorded by Dionne Warwick in 1966. Aretha recorded it in 1968. Aretha never intended to record the song. She and her backup singers were singing it for fun in the studio one day. It was recorded in one take and included on her Aretha Now album.

• Chain of Fools was first released in 1967, with hundreds of covers and rereleases to follow. The Grammy category Best Female R&B Performance was introduced in 1968. Aretha won in 1969 with Chain of Fools, which started an eight-year winning streak for the singer. 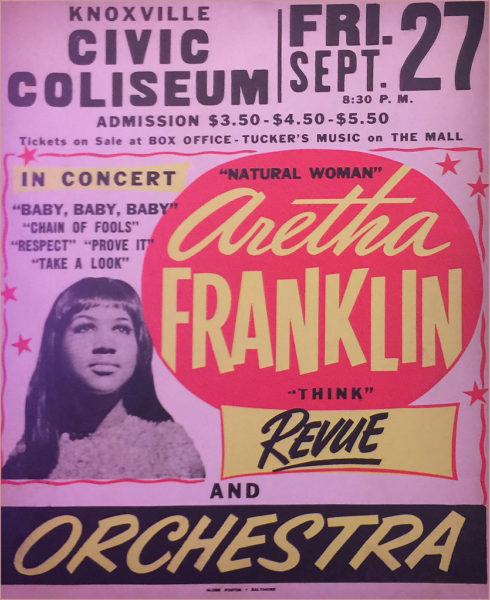 • Bridge Over Troubled Water has been covered by more than 50 artists, including Aretha Franklin. It was written by Paul Simon but earned Aretha a Grammy in 1972. She slowed it down and added an organ, bringing it back to her gospel roots.

• No tribute to Aretha Franklin would be complete without Respect, the anthem of feminism and female empowerment, and Aretha’s No. 1 hit. Originally recorded by Otis Redding in 1965, Aretha flipped the general roles, updated the chorus and sent the message that women are strong and deserving of respect in 1967. It introduced the phrase “sock it to me” into the general lexicon, noticeably sung by the background singers who were Aretha’s sisters. At age 24, she recorded the song that spoke to a nation of racial and gender inequality. 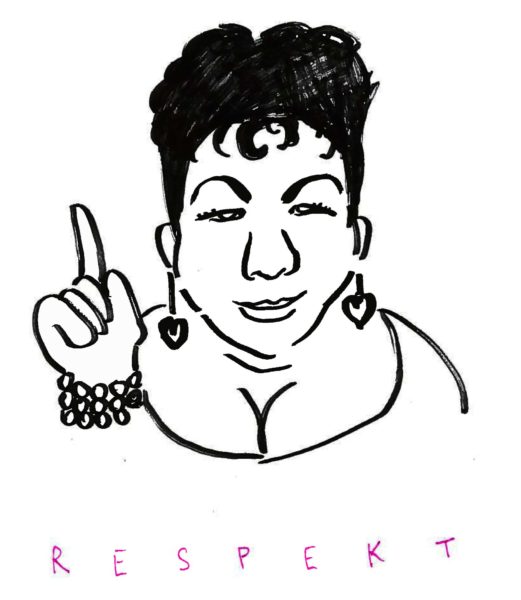 • (You Make me Feel Like) A Natural Woman was written by then-spouses Carol King and Gerry Goffin for Aretha. Franklin’s producer told the writers he wanted a “natural woman” song for Aretha’s next album, and they obliged with these lyrics. The message of self-love and acceptance propelled feminism, particularly among black women. Franklin sang this song during the ceremony for Carol King at the Kennedy Center Honors.

• Try a Little Tenderness was originally recorded in 1932 and almost immediately forgotten. Aretha recorded it in 1962, the same year an orchestral version was used as the opening song for Dr. Strangelove. The song became even more well known after Otis Redding recorded it a few years later.

• Aretha, along with then-husband Ted White, authored the song Think. The song appeared in the 1980 film The Blues Brothers. She had to lip-synch the song, and because of her inexperience with this, the sequence is highly edited in the film. The song is meant to draw attention to the inequalities that women experience. The “freedom” refrain recalls Martin Luther King Jr, who was assassinated just a month prior to the release of the song.

As President Obama recalled, “American history wells up when Aretha sings. Nobody embodies more fully the connection between the African-American spiritual, the blues, R&B, rock and roll — the way that hardship and sorrow were transformed into something full of beauty and vitality and hope.”

For more information about Friday’s concert, check out the story posted earlier this week.

• Stacey Sacco is a Wheeling native currently living in Martins Ferry with her husband and four children. She graduated with a bachelor’s degree in social work and previously worked for several social service agencies. She is the production editor for InWheeling Magazine.