One of the most critically acclaimed plays in recent history, “August: Osage County” is a portrait of the dysfunctional American family at its finest — and absolute worst. When the patriarch of the Weston family disappears one hot summer night, the family reunites at the rural Oklahoma homestead to care for their afflicted, manipulative mother Violet. Long-held family secrets are revealed as the paranoid, pill-popping Violet reigns over the home.

Community theater veteran Butch Maxwell directs the production. “The play is layered with multiple themes, including emotional violence, the fall of the patriarch and needing the fairytale, but at the heart of it — dysfunction, detachment and deadly symbiosis,” Maxwell said. “It’s a dark comedy, laced with irony and fiercely funny within tragic situations.” 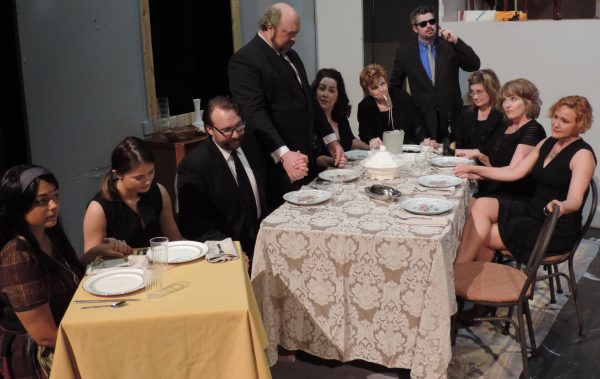 Each of characters is fully developed with his or her own transformative journey to take during the show.

“Most of the characters are smart and literate, but all of them are deeply flawed,” Maxwell explained. “The patriarch is a once-brilliant poet/professor turned passive alcoholic. His wife is a survivor of child abuse, a cancer patient and a prescription drug addict. Their three adult daughters all have residual issues from this upbringing, affecting their own choices in men. The matriarch’s sister is overbearing and verbally abusive to her own son, for reasons that become clear late in the play.” 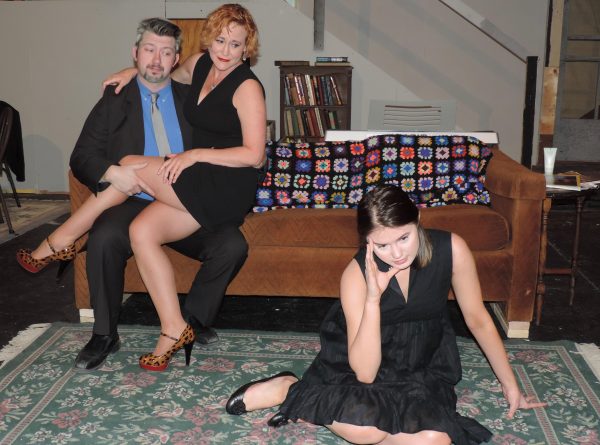 Maxwell has assembled a cast of remarkable local actors to portray these complex characters in intense, emotional scenes. He said the cast members must explore “a range of emotional challenges, deftly moving from intense drama to sharp comedy, often within the same scene.”

He added that the approach requires actors to “dig deeply within their own souls to explore what the characters are feeling, yet, at the same time, to ‘find the funny’ in even the darkest moments.” 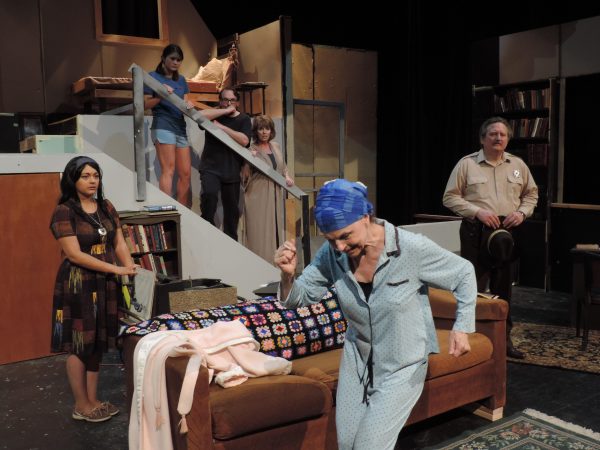 “August: Osage County” premiered at the Steppenwolf Theatre in Chicago in June 2007 and had its Broadway debut at 2007. It received the 2008 Pulitzer Prize for Drama along with five Tony Awards, including Best Play. A film version of the play was released in 2013, starring Meryl Streep and Julia Roberts.

Towngate is the premier venue for community theater in Wheeling, providing an intimate theater experience with talented local actors performing in a variety of thought-provoking, heartwarming, comedic and historically significant works from renowned playwrights and talented newcomers.

Evening performances of “August: Osage County” take place at 8 p.m. May 11, 12, 18 and 19. A matinee performance takes place at 3 p.m. Sunday, May 13. The show contains strong language, scenes of sexual nature and drug use and is for mature audiences only.