Citizens of Ohio County, West Virginia, will have several decisions to make this mid-term Election Day with federal and state offices at stake.

In fact, county voters have the opportunity to contribute to a couple “firsts,” depending on the ballot-box results, including:

> For the first time in the history of the country’s legislative branch, a woman may represent the Mountain State in the U.S. Senate;

> It is also possible only females will represent the W.Va. 3rd House District.

> If congressional write-in candidate Chuck Wood wins more votes than the incumbent and the Democratic challenger, it would mark the first time a write-in was elected by West Virginia voters to serve in Congress.

The elected positions to be decided today include:

U.S. Sen. Jay Rockefeller (D-W.Va.) has represented the Mountain State in the U.S. Senate since 1984. Last fall, however, he announced he would retire, citing health issues. 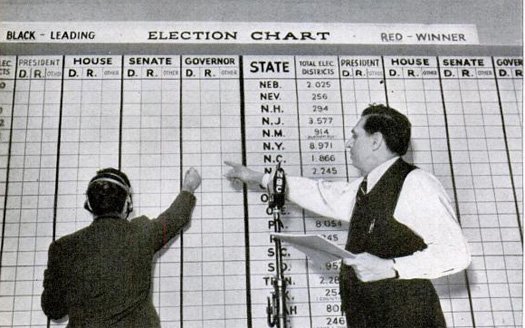 Incumbent Republican Rep. David McKinley of Wheeling is attempting to be elected to a third consecutive term with Parkersburg’s Glen Gainer, the Mountain State’s incumbent Auditor, as the Democratic challenger.

This race also includes a write-in option in self-proclaimed populist Democrat Chuck Wood, a resident of Wheeling who is focused on the future of the energy industry in the state.

Incumbent Democrat Del. Philip Diserio wishes to return to legislative service after being appointed to the position in January 2012, following the resignation of Tim Ennis, and being elected for the first time in November 2012. His opponent is Republican Ryan Weld of Wellsburg.

This race includes only one incumbent and that is Republican Rep. Erikka Storch, and she is asking 3rd District voters to return her to the House of Delegates for a third time.

Wheeling resident and Democrat Shawn Fluharty is a choice for voters for a third time in six years, and he is joined by Democrat Holli Smith, a newcomer to the election ballot, and Dolph Santorine, a Republican who ran in the same race in 2010.

The two incumbents – one GOP member and one Democrat – representing the 4th House District face challenges today. Republican Rep. David Evans of Cameron, and Democrat Rep. Mike Ferro of McMechen each wish to continue serving while the GOP’s Ron Morris of Glen Dale and Democrat Dave Hall of Glen Dale are other options.

For the first time since Ohio County Commissioner Orphy Klempa was elected to represent West Virginia’s First Senatorial District will the district’s voters decide who fills this particular seat.

Klempa captured the seat in 2008, but he resigned after winning the commission seat two years ago. Gov. Earl Ray Tomblin appointed current Sen. Rocky Fitzsimmons to the position.

His challenger is Del. Ryan Ferns, who initially won the House position as a Democrat in 2010. Ferns has since switched to the Republican Party.

Incumbent Sen. Larry Edgell, a Democrat who has a long history of public service in Wetzel County, is running against Republican challenger Kent Leonhardt, and Jeffrey Frank Jarrell of the Constitution Party.

All precinct polling stations in Ohio County will remain open today at 6:30 a.m. and will close at 7:30 p.m.

For a comprehensive live broadcast of local election results, hosted by Howard Monroe, starting at 7:30 p.m.  watch on Comcast Channel 14 WLUTV or online: