Search
Home
Happenings
The Tony and Grammy award-winning musical “Beautiful,” about the life and music of Carole King has been gracing the stage of Broadway for five years. While the show will be closing this month in the Big Apple, it can be seen on the historic Capitol Theater stage on Monday, Oct. 7.

While her lyrics and her voice are instantly recognizable, attendees will learn so much more about King and her rise to fame through the performance.

But, before you go …

Seventy-seven-year-old Carole King has written or co-written 118 songs that landed on the Billboard Top 100. And while she has become one of the most prolific and recognized writers of her time, she has also released 25 albums of her own.

Carole’s mother enjoyed playing the piano and discovered that her daughter had absolute pitch at age 4. She could correctly name and recreate notes by hearing them and used it as a party trick to entertain her parent’s guests. Her music lesson commenced at this time. 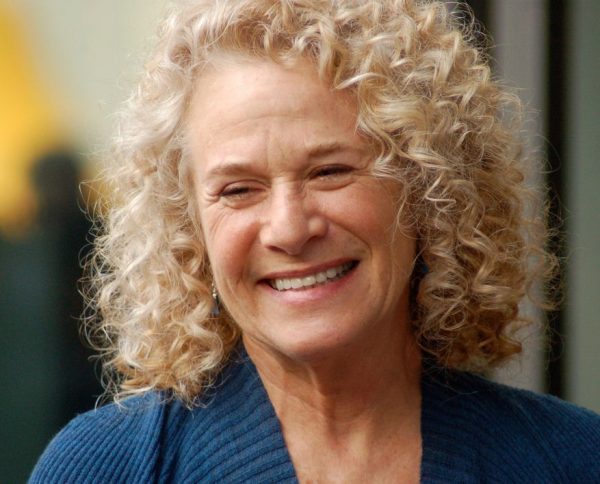 While she was in high school, she changed her name from Carol Klein to Carole King, formed a band called Co-Sines and started producing songs with Paul Simon. Academically advanced for her age, King was in college at age 17, when she married Gerry Goffin. The duo wrote songs together for years. This was the first of her four marriages.

While no show can contain the hundreds of songs written by King, the audience will enjoy many of the most popular during the performance.

• It’s Too Late was a combined effort of King, who wrote the music, and Toni Stern, who wrote the lyrics. Stern wrote the words in a single day after her split with James Taylor.

• Will You Love Me Tomorrow was written by King and her first husband Goffin. It was released by the Shirelles in 1960 and was the first song by a black female group to reach No. 1. The lead singer of the group, Shirley Owens, thought the song had a sound that was too country, and a strings arrangement was added. A few American radio stations refused to play the song because they felt it was too sexual.

• Inspired by an aria from the opera Madama Butterfly, King and Goffin wrote One Fine Day in 1963. Together they wrote and recorded a demo, but eventually handed off production of the song to another group. The Chiffons recorded the song, but it had been re-worked from the original.

• Aretha Franklin’s producer told King and Goffin that he wanted a “natural woman” song for Franklin to sing. They went home that night and wrote the chart-topping song, (You Make Me Feel Like) A Natural Woman.

• It Might as Well Rain Until September was King’s first commercial success, although it was never intended to be. She recorded the song as a demo, but the producer liked it so much he released it. There was never a master tape made, only a poor-quality demo. King went on American Bandstand and sang the song. She received a terrible rating of 42 out of 100.

• King and Goffin wrote Pleasant Valley Sunday about the suburban life they lived in West Orange, New Jersey. There was a street named Pleasant Valley Way. The song was recorded by the Monkees.

• King wrote the music to Up on the Roof and asked Goffin to write lyrics to go with it. Her suggested title was “My Secret Place,” but Goffin, inspired by the musical West Side Story, changed the title. 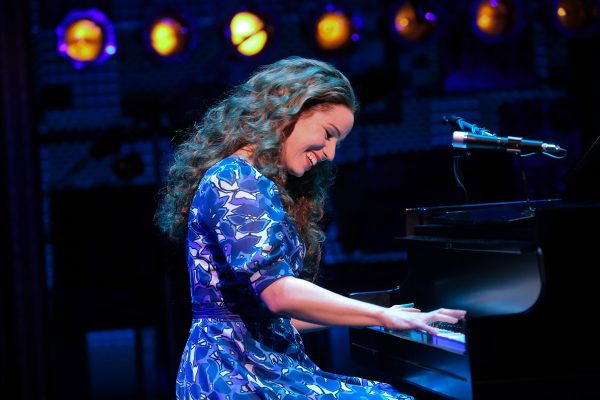 Kennedy Caughell as Carole King in “Beautiful.” Tickets  are available for the Monday, Oct. 7, show at The Capitol Theatre at www.CapitolTheatreWheeling.com.

• Stacey Sacco is a Wheeling native currently living in Martins Ferry with her husband and four children. She graduated with a bachelor’s degree in social work and previously worked for several social service agencies. She is the production editor for InWheeling Magazine.