The days are getting longer, the sky is getting brighter, the temperature is rising — all good reasons to get out there and enjoy the entertainment the Ohio Valley has to offer!

• Theater fans will have an opportunity to see a world premiere of the new play, “18 Victoria” by Cody Daigle-Orians at Kelly Theatre at West Liberty University. The play opens Feb. 22, and will be followed by a reception to be attended by the playwright. 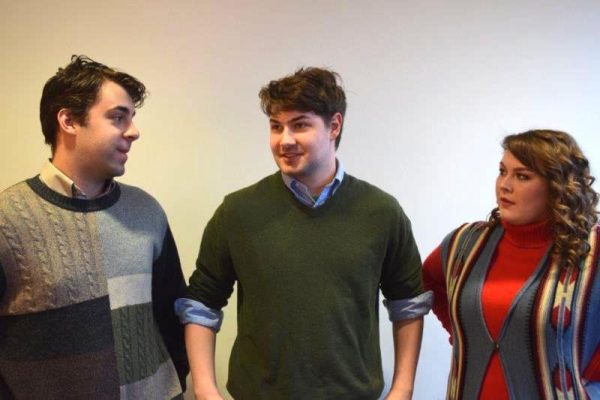 From left, Alex Gordon, Grant VanCamp and Callie Carroll are shown in “limbo” as part of the new play, “18 Victoria,” opening at WLU’s Kelly Theatre on Feb. 22.

The new production uses a trio of interlocking monologues to tell the story of three siblings who are struggling to piece together their broken family relationship in the wake of their father’s untimely death. But a larger crisis looms — a huge asteroid is projected to collide with the earth in less than three weeks, setting off devastating consequences for life on earth. The siblings attempt to mend their family ties and make sense of the devastating secret that originally tore them apart in the brief time left until the destruction of the earth. Times and dates for “18 Victoria” are 7:30 p.m. Feb. 22-23 and March 1-3, with a 3 p.m. matinee March 4. www.brownpapertickets.com/event/3325931 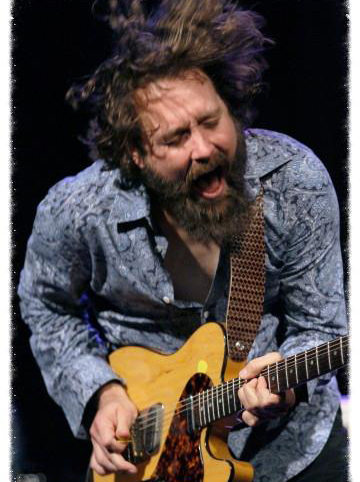 • BluesDay at River City returns Feb. 23, with Jeff Jensen, producer, composer and blues guitarist. Jensen was a hit at Heritage Music BluesFest last summer with Brandon Santini, so festival producer Bruce Wheeler decided to bring him back. Jensen is bringing the Jeff Jensen Band with him this time. Showtime is 7:30. www.heritagemusicfest.com

• There are just too many choices on Feb. 24! Jazz at the Stifel presents the Boilermaker Jazz Band at 8 p.m. at the Stifel Fine Arts Center. There’s more live music with Hermie & Harry’s Dueling Pianos at 8 p.m. at Towngate Theatre and, at the Mansion Museum at Oglebay, “Distill My Beating Heart — Bourbon Tasting” is set for 5-7 p.m. (The Towngate and Mansion events are both sold out.) www.oionline.com 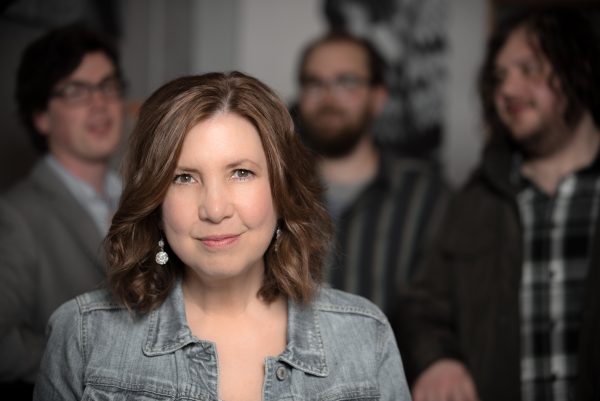 MISSY RAINES AND THE NEW HIP

• Skyflight Productions will present an evening with Missy Raines and the New Hip at 8 p.m. Feb. 24, at the Albert S. George Youth Center in Barnesville. Based in Nashville, Raines is one of the most respected figures in bluegrass today. For information, look for Skyflight Productions on Facebook.

• Wheeling playwright Jeremy Richter will present a reading of his play, “Political Little One,” at 6 p.m. Feb. 25, at Towngate Theatre. On Jan. 25, 1861, the Wheeling Intelligencer reported that “near the town of Lima, Ohio, a negro man and a white man, both of whom were armed, were arrested … under suspicion that they mediated a rescue” of Lucy Bagby, a fugitive slave girl belonging to Mr. Wm. Goshorn of Wheeling, Va. “Political Little One” centers itself on the days prior to the men being disarmed and captured. Three men and one boy that stand accused of assisting in Ms. Lucy’s escape, have been interviewed by U.S. officials and soon spin a plot that might secure an opportunity for an emancipated life. Q & A takes place immediately after the performance. The performance is free. www.oionline.com

• Come on down to “The Price Is Right Live,” at 7:30 p.m. Feb. 28, at The Capitol Theatre. Everyone’s favorite game show offers a chance to win cash and prizes! Randomly selected contestants will play Plinko, Cliffhangers, The Big Wheel and even the fabulous Showcase. Audience members also can win prizes right from their seats. www.capitoltheatrewheeling.com

• Twice each year, the Wheeling Park High School’s Intro to Speech and Theater classes present two one-act plays, known as the Freshmen Plays at Park. This semester, “High School Musi-pocalypse” by Don Zolidis and “Homework Eats Dog and Other Woeful Tales” by Alan Haehnel, will be staged at 7 p.m. March 1, in the Phyllis A. Beneke Theater at the high school. Tickets can be purchased at the theater on March 1.

• The Pennyroyal Opera House presents The Larry Stephenson Band Friday, March 2. The opening band will be Shortline Junction. The doors open at 5 p.m. with the opening band beginning at 7 p.m. www.pennyroyalbluegrass.com

• The Wheeling Symphony Orchestra will present the next concert of the WSO on the GO season at First Fridays, featuring a string quartet.  The performance will be at 6 p.m. March 2, at at Artworks Around Town in the Center Wheeling Market. The WSO on the GO performance will feature musicians: Mary Beth Schotting (violin), Rachelle Agnew (violin), Katarina Istomin (viola) and Elisa Kohanski (cello). www.wheelingsymphony.com

• It’s been on stage for decades! The Linsly Extravaganza is set for 8 p.m. March 2, at The Capitol Theatre. www.linsly.org