An anchor of the Benwood community will be resurrected beginning next year, and one leader in the municipality likened it to the return of a grandmother making sure all family members make it to the dinner table.

The Diocese of Wheeling-Charleston announced just before Christmas that the St. John Parish would soon see the construction of a new church to replace the historic structure that was destroyed by fire on March 30. Six different fire departments battled the blaze and more than 500,000 gallons of water were exhausted in order to protect the structures that were in close proximity of the 140-year-old church and Ss. James & John School. 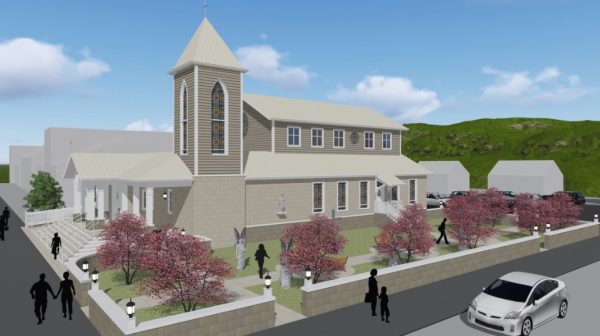 Officials of the Diocese of Wheeling-Charleston worked diligently with parish members to preserve what they could from the scene of the fire so they could be included in the new design.

“There are certain things that every community needs and a church is one of those things,” said Benwood Police Chief Frank Longwell. “A church really ties it together just like the grandmother of a family holds together that family. She makes sure everyone is at the dinner table, and too often when a grandma passes the family members tend to go their own ways.

“I think that’s one of the biggest reasons why people in Benwood are so happy about this announcement because now they know that anchor will be returned to Main Street in the near future,” he said. “And the timing of the announcement, just before Christmas, was just perfect because then all of the parishioners knew that they would have their church back in the future.” 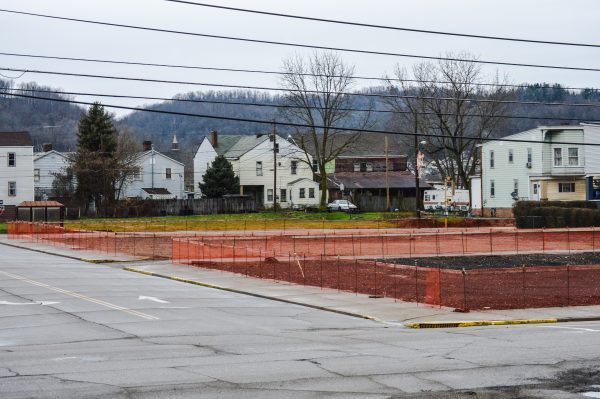 The area on which St. John Church stood is now ready for new construction.

“I am happy for the faithful parishioners at St. John’s and for the entire Benwood community,” said Bishop Michael Bransfield of the Diocese of Wheeling-Charleston. “I know this means a great deal to them, and this is indeed a time to celebrate for many reasons.

“I want to thank Fr. Bekeh (Utieiang) and his parish leadership for working so well with the architect and the diocese on the designs for the new church as well as transforming the classroom building into a parish hall,” he continued. “They have done a wonderful job on creating a plan that is realistic and also very beautiful.”

The new St. John Church is preliminarily budgeted at $2 million and will feature seating for 160 attendees. The new design completed by The Mill Group includes several items salvaged from the former structure, including stained glass windows, statues, pieces of the high altar, and the rectory bell. A memorial garden will be sculpted on the land on which the former St. John Church stood. 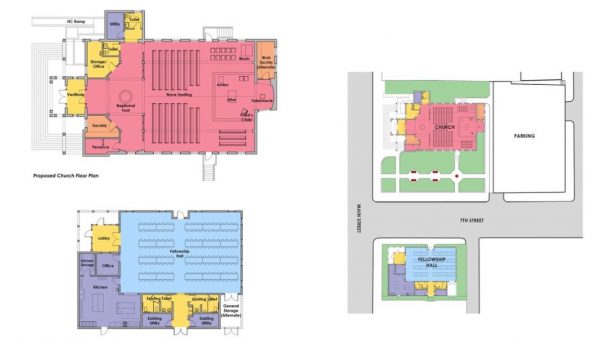 This drawing was released by the Mill Group last week.

The bid process, according to Bishop Bransfield, will begin in 2016 and construction is expected to be complete in early 2017. While the new church will be constructed and a new parish hall will be located in a renovated building across Main Street, the elementary school students will continue attending All Saints Catholic School in Moundsville. All Saints is located in the former St. Francis Xavier School building and is under the guidance of Principal Sheila Blackmore.

“The Diocese is committed to making sure that St. John Parish continues to have a place of worship for its parishioners and the entire Benwood community,” Bishop Bransfield said. “Because the good people of St. John Parish have lost this historic part of their community, I wanted to announce as soon as possible that a new church will be built for them, and I wanted them to see the initial drawings before Christmas.”

“It was like the heart of our body and when we lost our church it was like losing our unity,” said long-time church secretary Trudy Forster. “When I arrived to the scene I just could not believe what I was seeing. It was like a part of our lives was taken from us. 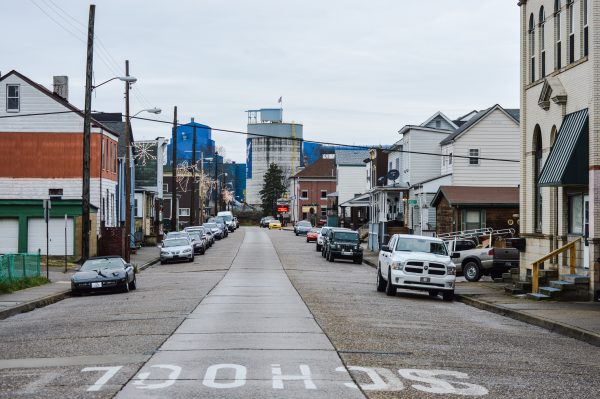 The city of Benwood has long been in the shadows of industry.

“But Bishop Bransfield made the commitment to Father Bekeh two days after the fire. He told him that we would have a new church, and then the renderings were released last week made it real for all of us. The reaction was unbelievable. When the parishioners saw the drawings, they were flabbergasted,” she continued. “I didn’t hear a single negative comment. It allowed us all to know that we were going to move forward.”

And moving forward, Longwell said, is imperative at this time in the city of Benwood.

“It’s tremendous news for this community that the Diocese is going to build a new St. John Church,” said Longwell, who was baptized at the 50 years ago. “St. John’s has been the center of this community for many, many years. It’s where all the weddings have taken place, and all of the funerals, too.

“Before the church burned down, it was really in immaculate shape because the people of the parish were always working on it one way or another,” he continued. “In all of the years I have worked in public safety I have never seen the looks on the faces I saw the night of the fire. It was a look of total disbelief. Total devastation. So the fact that the Bishop mad this announcement has been a tremendous thing for the city of Benwood.” 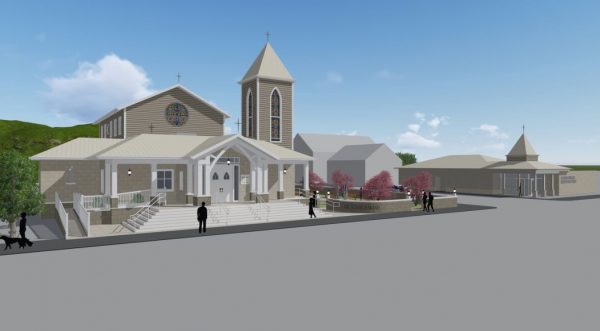 St. John Church celebrated its 100th birthday in 1975, and 40 years later the parish is looking forward to its new place of worship. The parish had just concluded its Lenten program, “Living the Eucharist,” at 6 p.m. on the day of the fire, and by 8:50 p.m. distress calls were made to first responders.

No cause for the blaze has been determined by state and local investigators, a fact that left both parishioners and Benwood residents with a sense of empty loss, Longwell explained. But, the police chief reiterated, a new life for the parish will coincide with the growth already taking place within the municipality. 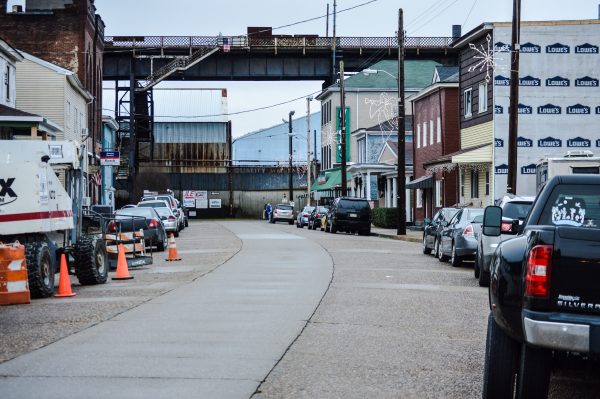 Much work has been performed within the municipality to clear the way for new construction.

“Many different people from many different agencies investigated the cause of that fire, and there’s really not been a determination as to what caused it,” Longwell said. “The one thing that I can tell you is that it started in the electrical area of the church.

“But this announcement has provided this city with a new heartbeat, and if you look at the renderings, you can tell it’s going to be a state-of-the-art facility that’s going to make our Main Street look much more attractive than it does today with the large vacant lot where St. John’s was located,” the police chief said. “We’ve been working hard in Benwood to get our city in shape and more attractive by bringing down a lot of older structures that had fallen into disrepair, and we have experienced economic growth in Benwood for the first time since the steel mill closed in 1980.”

(Renderings provided by The Mills Group; photos by Steve Novotney)