There is an issue in downtown Wheeling with people who work in the district and the parking spaces that line the streets. It’s a quarter an hour , and if we work an eight-hour day, it’s $2 per day and $10 per week.

Of course if we allow our meter to lapse into “expired” status, we could get a parking ticket, but shoot, that’s just costs us an extra dollar for that day when paying the ticket, but that’s it.

“Because of where I live in the downtown area. I’ve seen it every day, I think,” said Wheeling Mayor Glenn Elliott, who moved to the district nearly three years ago. “And there are business owners that we have in the downtown that get very frustrated with it because they hear, over and over from their customers that they don’t visit as often because there’s seldom any parking near their businesses.

“Meanwhile there are plenty of parking spaces in our parking garages in the downtown district,” the mayor said. “The Intermodal is a prime example because during the week it may only be 40- to 50-percent full, and that means there are more than 200 more spaces available. Probably more than that.” 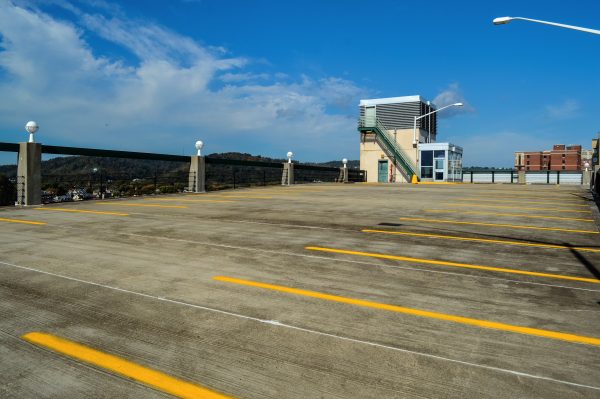 The top level of the Intermodal Transportation Center is often completely free of any parked vehicles.

In the most recent financial report for fiscal year 2014-2015, the Robert C. Byrd Intermodal Transportation Center, which rests on the corner of 14th and Main streets adjacent to Wesbanco Arena, operated with an $86,000 deficit.

That is why a discussion has continued among the members of the city’s Finance Committee, a body chaired by Vice Mayor Chad Thalman. He explained the reasoning behind the possibility that the fines connected to those parking tickets could be increased by Wheeling Council in the near future.

“With the Health Plan headquarters under construction right now and because downtown business owners like Joe Campeti have done a great job communicating with us and with the past council and mayor, we felt it was a conversation that we needed to continue examining now instead of later,” said Thalman, who also represents Ward One residents along with serving as vice mayor.

“We quickly found out that the parking tickets issued in Wheeling have not been increased for 20 years while other cities in the Northern Panhandle have increased the fines.

“We looked at Moundsville, and we have looked at Weirton, and both of those cities have fined for parking tickets that are much more than $3,” he said. “I believe the parking tickets in Moundsville cost $10, and in Weirton it’s $20, so we are looking at a possible increase that would be in the middle of those two cities that are close to Wheeling.” 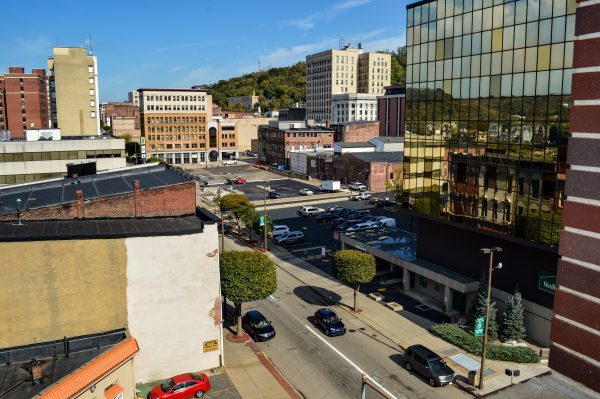 Thalman confirmed the committee members do not intend to suggest to council members and the mayor an increase to the meter rates because that would cause an expensive replacement process involving the meters that are in place today. He also said the funds generated by an increase to the fines ideally would be directed toward the costs associated with beautification projects in the city.

“The issue isn’t how much people have to put into the meters for parking for 30 minutes or an hour, so that idea hasn’t entered into our conversations,” he explained. “The issue involves customers not being able to visit a business or to find parking around the City-County Building on Chapline Street. We’re just looking at what we can do to make the downtown district more business friendly for the businesses we have now and for the businesses that could be added in the future. If parking is an issue, it could force those entrepreneurs to look elsewhere, and we don’t want that to happen.

“If the increase does take place, I would like to see those dollars flow toward improvement projects where the meters are in place like Centre Market, downtown, and in an area of East Wheeling,” the vice mayor continued. “The sidewalks, the curbs, the crosswalks, those are improvements that would make those areas more attractive than what they are today.” 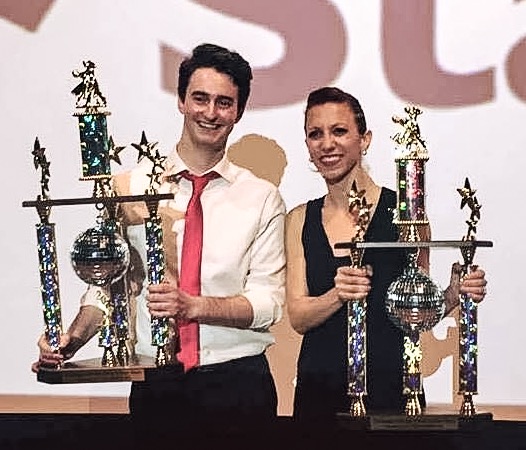 Jake Doughtery and Claire Norman claimed first place during the sixth annual “Dancing with the Ohio Valley Stars” event this past Saturday at the Capitol Theatre.

Once again, for Augusta Levy

For the first time in the six-year history of “Dancing with the Ohio Valley Stars,” an annual event that benefits the Augusta Levy Learning Center, 11 “celebrities” paired with 11 “professionals” to attract more than a thousand fans to the seats of the Capitol Theatre in downtown Wheeling.

“The one sentence I never thought I would be able to say is, ‘I won a dance competition,’” admitted Dougherty. “But honestly, all I did was follow the instructions. Claire did most of the work, and I just did what I was told to do.

“It was a great experience,” he continued. “And to be able to do it to help the people at the Augusta Levy Learning Center made it all completely worth. They do amazing things every single day to get their students to a place where they are prepared to work with the peers in school. That’s just absolutely amazing to me.”

Dougherty admitted he owned zero dancing experiencing when accepting the invitation to be one of the 11 amateurs this year, and despite the thorough instruction offer him by Morgan, he remained nervous. In fact, it increased with every day the event grew closer.

“And the night before was the worst,” he said. “We had a rehearsal the night before the show, and I think I was more nervous after that than I had been at any other time. Then we had another rehearsal Saturday morning, and that actually calmed my nerves a little.

“Then before the show I adopted the attitude that I was going to do it, so I just had to make sure that I didn’t mess anything up by making any mistakes,” Dougherty explained. “I thought everyone did a great job, and I was really surprised when we were announced the winners because Claire was awesome, but I really had no idea what I was doing.”

Dougherty and Norman were awarded the Mirror Ball trophies, and Dougherty continues to search his residence for the most ideal location for the three-foot piece of championship hardware.

“I really have no idea what to do with it because is really big and amazing,” he said. “Right now it’s on top of an armoire because my cat can’t get to it, but I hope to find a great place for it because of how wonderful an experience it was.

“I won a dance contest,” Dougherty added. “Yeah, never thought those words would ever come out of my mouth.”