In The Bigs – Sprinkling The New With Traditions

Capture your first Pokemon yet?

People of all ages have taken to the streets of the Upper Ohio Valley and across the country to play a new smartphone-based game called Pokemon Go, created by Niantic and based on the classic video game and TV series.

For more than a week hundreds of people could be seen wandering the streets of downtown Wheeling and Heritage Port, and during the past weekend it was difficult to tell how many folks were attending the new Festival of India or playing the new game along the Ohio River. The game is free to download unless you want PokemonCoins, a currency invented for the game that allows you buy items that strengthen your chance to be successful. 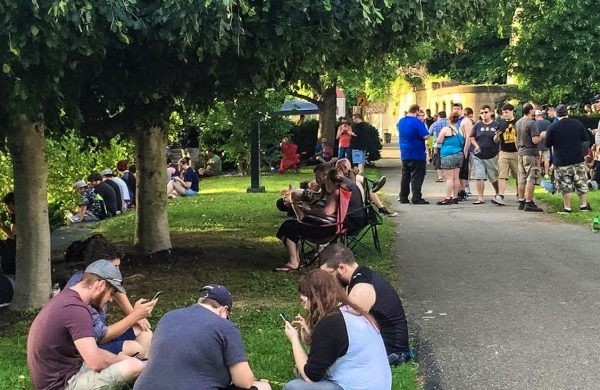 A large crowd gathered at Heritage Port on Sunday with hundreds of Pokemon Go players. (Photo by Erika Donaghy)

There’s the professor, the trainer, four different Pokemons (Pikachu is the most popular.), and a plethora of levels to climb to win. Players search for the colorful creatures, and the more they find, the more success they realize.

Some have been critical of the game simply because they see it as another reason for us to have our faces in our phones even more often, but many others have proven supportive because it’s driven the players outdoors instead of being glued to an indoor screen.

Genuine concern, though, has been communicated locally by Jeri Matheny, communications director for AEP. 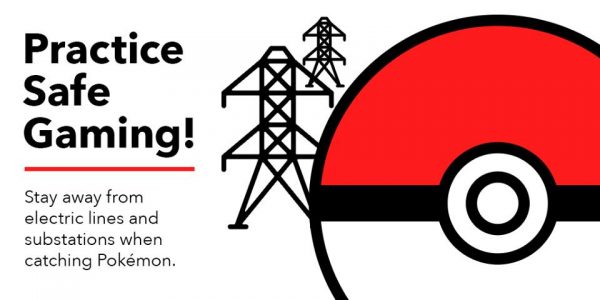 AEP’s Appalachian Power has launched a safety campaign to discourage people from playing the game near high-voltage substations.

“AEP security has alerted us to the presence of gamers in some of our locations. We restrict entry to many of our locations for security reasons,” she said. “However, our main concern about the Pokemon Go game is for the safety of our customers near substations and other electrical equipment. Substations are very dangerous and should never be entered.

“We tell everyone to never climb the fence or enter a substation and to stay away from all power lines and transformers on utility poles or located on the ground in green boxes,” Matheny said. “Don’t climb company poles to try and reach transformers, either. We have requested that the developer of the game remove the AEP stops that we are aware of, but that is still pending.”

Jamboree in the Hills

If you weren’t playing Pokemon Go, then it’s a good bet you attended the 40th Annual Jamboree in the Hills near Morristown, Ohio. Superstars like Alan Jackson, Kid Rock, Brad Paisley, and Neal McCoy took to the stage to continue a tradition that began in 1977 by the folks who operated the former Jamboree U.S.A., a weekly country concert series at the Capitol Theatre.

“It is different today from when it first started, but so is country music,” he continued. “When it first started we, didn’t have amphitheaters like we do now, so it was very unique at the time. Not a lot of people knew what it would look like because there weren’t too many outdoor music festivals in those days.” 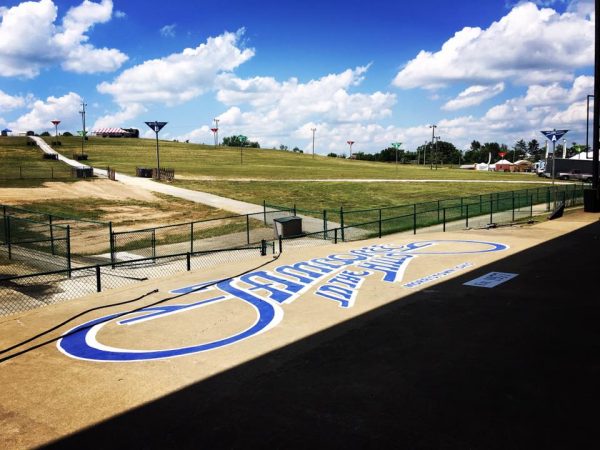 The site near Morristown is used only once each year. (Photo by Kyle Knox)

The four-day festival is surrounded by campgrounds that have events within them, including concerts with local bands, and Panhandle Cleaning and Restoration sponsors a free show on the main stage. This year Phil Vasser was the headliner, and he followed local band “Zane Run” and Wheeling area DJ Dane Malatinski.

“It’s a show we started a few years ago as a thank you to the people who support our company in this area,” said Josh Contraguerro, vice president of marketing for Panhandle Cleaning and Restoration. “It’s a free show, the vendors are open, and we’ve seen great crowds each year.

“This year we featured Phil Vassar, and the main reason we selected him is that my parents have been fans of his for a lot of years,” he continued. “It’s our pleasure to bring in national artists, but it’s also important to have local folks involved, too, because of how talented the musicians are in this area.” 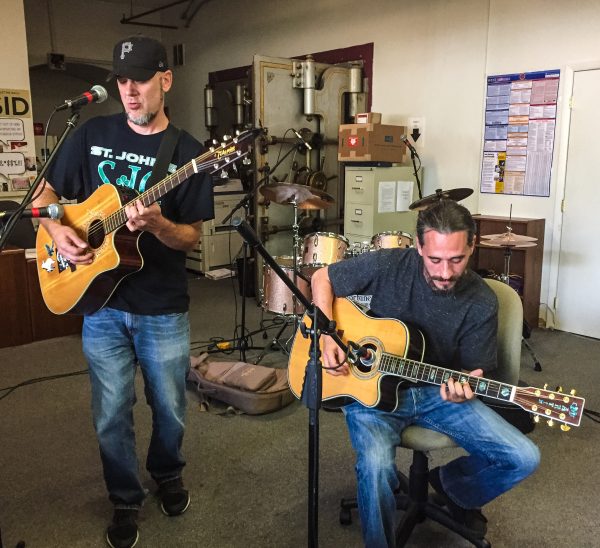 Matt Heusel and Clifton Landis performed during the annual “Thrills in the Hills,” a two-day, on-air music festival presented by the Watchdog Network, AM 1600 WKKX and AM 1370 WVLY.

Thrills in the Hills

Eighteen different local musicians filled eight slots during this two-day, on-air music festival that has been presented by the Watchdog Network, AM 1600 and AM 1370 WVLY for the past 10 years. In the beginning the event was staged near the Lighthouse Motel and Camping Grounds but has since been moved inside to the station’s office/studio in downtown Wheeling. 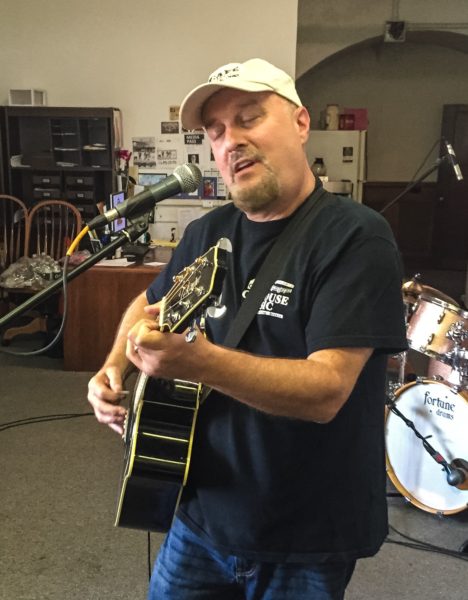 Local musician Gregg Molnar played in two bands during, “Thrills in the Hills.”

“I’ve played during ‘Thrills in the Hills’ several times, and that’s because of the support that the radio stations give to live and local music,” said Molnar, who performed with the, “M-80s” and solo. “I believe that the Wheeling area has a more vibrant music scene today because of all of that support.

“And people listen to it. A lot of people, and I know that because of the reactions I get every year I’m involved,” he said. “Not everyone is a fan of country music so ‘Thrills in the Hills’ gives those folks a couple of days of music, too.” 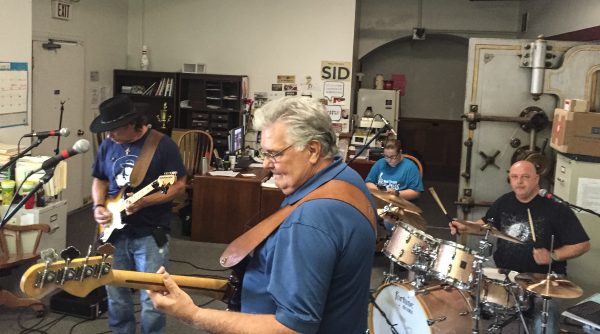 “Cactus Jack” will perform at 6 p.m. on 12th Street this Friday evening for a concert schedule by the Watchdog Network, AM 1600 WKKX and AM 1370 WVLY. The “Dash Rip Rock Band” follows.

Yet another tradition will continue in Wheeling when the ribbon is cut this Friday for the 34th annual Upper Ohio Valley Italian Heritage Festival.

More than 100 vendors will line Water Street near Heritage Port, and the festival also will include the ‘Little Italy’ section where authentic Italian foods and pastries will be made and sold.

“We added ‘Little Italy’ a few years ago so we could celebrate the Italian culture even more,” said event coordinator Kim Smith. “And the reaction has been overwhelmingly positive because many of our board members are the ones who are preparing the food and the pastries and also because we have our Italian stage with live Italian music being performed all day.” 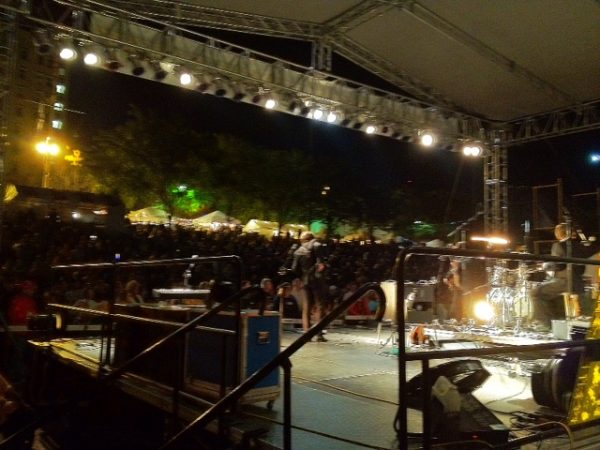 The main stage for the annual Upper Ohio Valley Italian Heritage Festival will feature both local and regional performers.

The main stage also will feature local and regional performers, including R.J. Gaudio, “Sugar Rush,” “Spinning Jenny,” “The Joseph Sisters,” and, “Hit Play.” Fireworks will illuminate the sky on Saturday evening, and a guitar competition, sponsored by C.A. House Music, is set for noon on Sunday.

“For as many years as I have been involved with the festival, there’s always been an effort made to provide something for everyone,” Smith said. “It’s an event that takes the entire year to properly plan, but now we are just praying for great weather so everyone who attends can have an enjoyable time.

“The Italian Festival is the oldest one we have in Wheeling, and we take a lot of pride in that fact,” she continued. “We have so many wonderful festivals in downtown Wheeling, and we just hope that our success has set a great example for everyone else to follow.”