The Community Worship Celebration honoring Dr. Martin Luther King Jr. was held on Sunday, Jan. 18, 2015, at the Disciples of Christ Church on National Road. The organist, Mrs. Geneva Cole, set the tone for the reverent and stirring gathering. Sponsored by the Upper Ohio Calley Ministerial Alliance, many of the area clerty such as the Rev. Kenneth Hardway, the Rev. Robert Willits and the Rev. Willie Stinson were present.  The Rev. Willie Nevels started the program and introduced city officials, including the city manager, chief of police and superintendent of schools. The Rev. Bob Willits then presented the speaker, the Rev. Paul Schafer, pastor of St.  Mark’s Evangelical Luteran Church in Elm Grove. 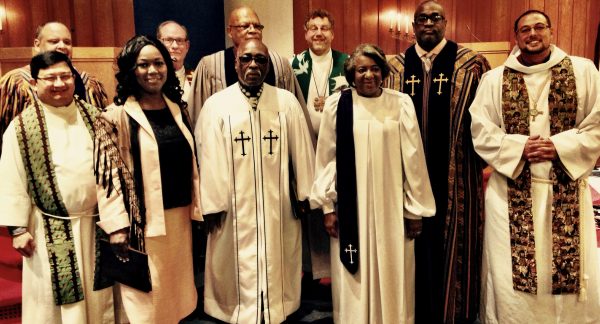 Schafer’s  powerful talk began with a quote from Shakespeare’s Macbeth: “Fair is foul, foul is fair,” showing how we get things mixed up in our society.   The poor and oppressed are deemed foul, deserve to be poor, and are seen as lazy, but we need the liberation of the poor and oppressed, as in Biblical times.  Yet Jesus was non-violent, and his Sermon on the Mount was the core of his teaching.  But we use violence as a solution to the world’s problems – a serious mistake.  The solution to violence is not more violence.  Dr .King said, “Hate cannot drive out hate. Only love can do that.”

Our American society was witness to slavery, the Klan, the Jim Crow laws, the lynchings. We knew and did little.  Now we have the hard work of repentance and reconciliation.  We may be tempted to give up, but God never gives up.  He is our source of strength.  He has a dream for us, and for all creation, of a new Jerusalem, a new heaven and earth.  Dr. King had the dream he lived for and died for — that all things may be made fair and new is the triumph for all people and creation.   Let us give thanks for the dream which is the kingdom of God. 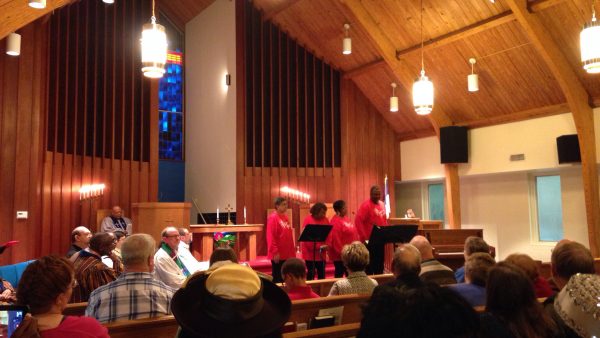 The Voices of Praise singing group then offered a musical selection, followed by the peace and justice awards from Wheeling Jesuit University and the Ministerial Alliance.  Helen Fase presented the MLK Jr. Award to Mayor Gene Saunders of Moundsville and the Rosa Parks Award to Marlene Midget of Head Start.  The Rev. Willits presented the MLK Jr. awards to theRev. Willie Stinson of the Agape Baptist Church, and to his daughter, Dr. Willette Stinson.  The program closed with hymns and a benediction, followed by a reception in the Fellowship Hall.