He runs it old school.

No tolerance for trouble.

He runs it just as his dad did.

Sam Good, of L.S. Good Co., owned the building at the time the tavern opened.   Until the early 1970s, when the hotel was sold and closed by the Hawley Corp., there were always new faces to be seen for breakfast, lunch, and dinner – not to mention the evening-time spirits. 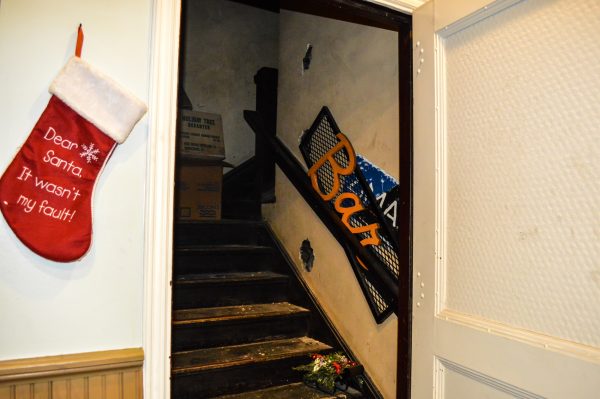 The stairwell to the three floors where the former Wheeling Hotel did business is located behind a door in the Bridge Tavern’s meeting room.

“It was a heck of an experience for someone my age at that time,” Dormas said. “People coming in and out; the elevator going up and down; new face after new face appearing; and that’s not to mention all of the people who came here from the Capitol when the Jamboree was still going strong. That’s when it was known as the 10th Street Waiting Room, and the hotel operated until the early 1970s.

“My father started working on the Bridge Hotel in 1939, when he was 14 years old, and after he finished high school and served in the Navy during World War II, he came back and went back to the hotel,” he said. “Since he moved across the street to open this place, our family has been here doing business what I believe is the right way.”

Dormas, now 67 years old, first purchased the business from his father in 1986, and then he bought the building the next year. He opens at 10 a.m., and most evenings he closes by 9 p.m., but that depends on the crowd. He’s open Monday morning through Saturday night, and only unlocks the doors two times per year on Sundays.

He works an average of 60 hours per week, and that’s because he does not employ a manager. Dormas is the owner, manager, cashier, and sometimes the cook. 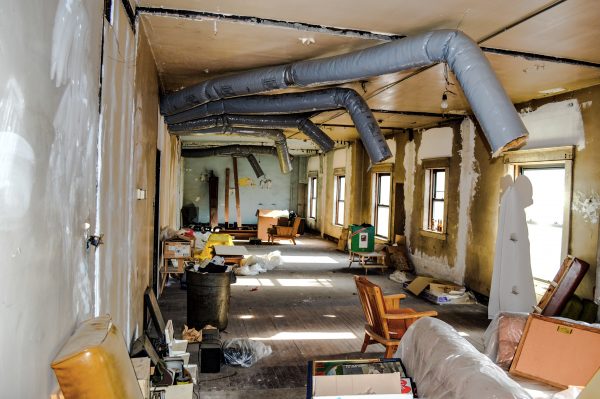 A renovation project was initiated on the building’s second floor during the 1970s, but the work was halted for unknown reasons, Dormas said.

“The whole reason I decided to buy the building was because I didn’t want the new owners to suddenly raise the rent on us,” Dormas explained. “That’s the way people did business back in those days. Buying property wasn’t such a big deal.

“I had been working here helping my father for a lot of years, so moving into his role was something I was comfortable with. I just went into it with the same mentality – work as if you’ll live forever, but think as if you could die the next day.”

Dormas has witnessed many positive developments in Wheeling’s downtown district over the past five years, beginning with the purchase of the Capitol Theatre by the Wheeling Convention and Visitors Bureau in April 2009. He lost the every-single-Saturday Jamboree crowd once Clear Channel Communications purchased the rights along with a cluster of local radio stations. In 2006, the corporation discontinued Jamboree USA performances and shuttered the Capitol Music Hall.

“When we lost the Jamboree, we took one on the chin; that’s for sure,” he said. “I’ve seen a lot of businesses come and go in downtown Wheeling, but I don’t think anyone thought that tradition would ever go away.

“But there have been a lot of good people who brought the theatre back, and now we are enjoying those crowds again, and that’s been a blessing,” Dormas said. “Just the other evening when the Million Dollar Quartet show was in town, those performers came over after their show and had a lot of fun.

“And before they left, they told me they wished they had a place like this in their hometown. When you hear that, it makes you feel good. It makes it worth it.” 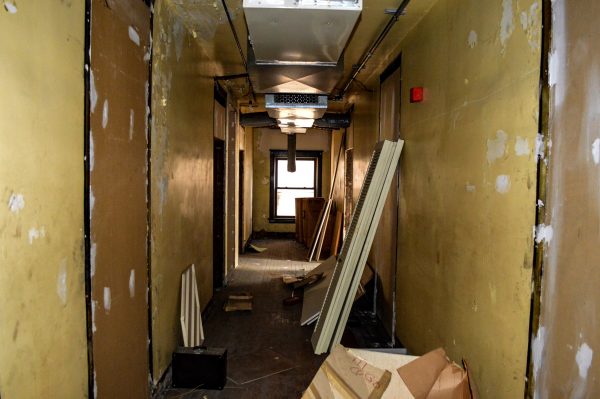 Dormas is ready. He has witnessed – and has felt – a new energy in the Friendly City, and his gut is telling him now is the right time. That is why he is prepared to sell the whole kit and caboodle.

For the building and its pair of rental storefronts, the Bridge Tavern business, and the LVL machine business, the listed price is currently $450,000.

Everything is negotiable, of course, but Dormas believes the properties are priced most fairly.

“The (LVL) machines are the whipped cream on top of the pie,” he said. “I’ve never made efforts for this place to be that big with the machines, but the way it is now, they supply an extra $3,000 per month.

“People are building houses these days for more money than I am asking for the businesses and the building. That’s how I’m looking at it.” 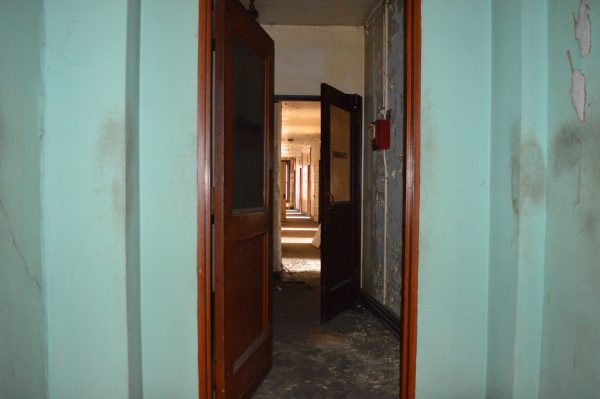 Some who have inquired about the sale have asked Dormas whether or not he could remain the owner and operator of the bar and restaurant, and that scenario is not a deal-breaker.

“It’s something I would consider, but I would continue looking for someone who wants to work hard to make a living,” he said. “And there seems to be a movement the past couple of years about living in the downtown. There are three floors up there that can be renovated into apartments, but that’s not for me to do.

“Since we put it up on the block, there have been a lot of inquiries and conversations. The real numbers are right there for them to see,” Dormas admitted. “There’s a lot of belief in the downtown right now. More than I have seen in a lot of years, and that tells me it might be time.”

He seems rehearsed for the real estate closing already, but that is only because Dormas knows he has made a living in downtown Wheeling, and that means someone else can too. The Bridge burgers, the ham-and-cheese-omelets, the Greek Salads, the Tuna Melts, the chili and daily soups, and the other 42 additional menu items set the place apart from any other eatery in the downtown. 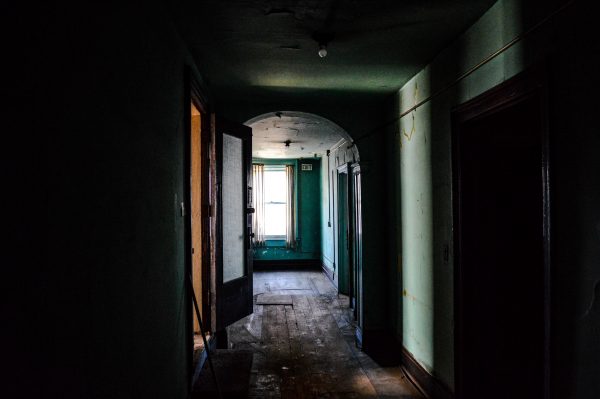 The fourth floor is dry, but it remains as it was when the Wheeling Hotel was in operation until the early 1970s.

The food does, sure, but there’s also that Dormas charm.

“My entire life I have known to treat the customer with respect. Why would anyone in my position do any different?

“A business like this one is pretty easy to understand,” Dormas explained. “The big things are keeping up with the stock of everything and making sure those numbers and the money balances out. As long as that happens, you know you’re doing OK.”

So, what if? What if a buyer is discovered, and a deal is reached?

“Do I want to sell? Do I need to? Nah,” Dormas said. “But I am now 67 years old, and there comes a time in life when a person needs to get so much off their mind. I now have two grown sons with families, so at this point it’s worth more being alive.

“If the properties were to sell, I can tell you I wouldn’t miss the hours, but I would miss the people,” he continued. “But I also realize that I would have to do something. I’m not the kind of person who will ever just sit around retired.

“So, no matter what, I’d be around. You can be sure of that,” Dormas added. “But in the meantime, it’s business as usual. Last week I had to replace the hot water tank, and that’s because I’ve also refused to band aid anything. That’s not how to run a business if you want it to be a good business.” 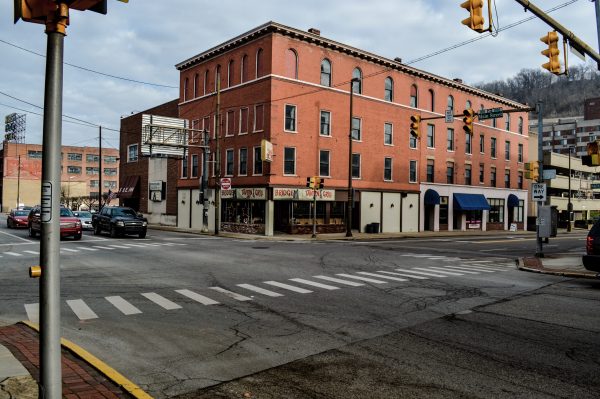 The property rests on the corner of 10th and Main streets in downtown Wheeling.