C-SPAN Releases Plan To See Span, And Other Local Sights

Nearly two centuries of history about Wheeling and the Upper Ohio Valley will be revealed to the nation when the Cable-Satellite Public Affairs Network, or C-SPAN, broadcasts two days of programming in mid-January.

Debbie Lamb, the coordinating producer for C-SPAN’s “Cities Tour,” offered details on the topics she and her crew plan to cover during a one-week stay in the Friendly City. A total of nine subjects have been selected, and several local residents have been asked to participate.

“During a special, ‘Wheeling Weekend’ on two of the C-SPAN stations, we will offer five different segments on as many topics we can cover while we are here,” she explained to a large gathering at Tuesday’s press conference in the historic courtroom in West Virginia Independence Hall. “Because there is so much great history here in Wheeling, there’s no way we can cover it all with the parameters that are set.

“What we will try to do is tell the stories about the historical events that have had the biggest impact,” Lamb said. “Once the segments are broadcast, they will be offered indefinitely on a special ‘Wheeling website’ on CSPAN’s site so that history can live on forever.”

The selected topics include: 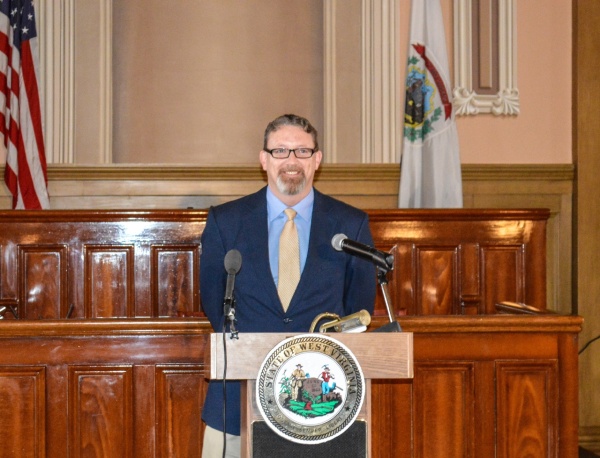 Travis Henline, site director at West Virginia Independence Hall in downtown Wheeling, begins Tuesday’s press conference inside the historic structure’s third-floor courtroom. C-SPAN officials reveal what historical topics will be include in the network’s coverage during a special “Wheeling Weekend” on Jan. 17-18.

“I am really excited that there are people who realize the important stories that Wheeling has to offer,” said Travis Henline, site director for Independence Hall. “We finally have that opportunity to show that to the people of our country. Hopefully, it will be a way to entice more people to come to Wheeling and visit some of that history.

“As far as the Palace of Gold, although it may not be in Wheeling, it is in our vicinity, and it has impacted our city in many ways,” he said. “And I think it’s important for them to touch upon it because it’s not something people would expect from the state of West Virginia, and I believe anytime we have the chance to destroy stereotypes and teach people how varied our state is, we need to take advantage of those opportunities.”

Wheeling Vice Mayor Gene Fahey was one of several individuals who addressed those who attended the press conference. He believes audience members from throughout the country likely will be surprised by how the Friendly City has impacted the realities of today.

“We have so much history here in Wheeling that the people know a little about, so to be able to bring out those stories to a national audience is a great thing for our city,” said Fahey. “The impact of many of these historical events has been huge for Wheeling, yes, but also to the state of West Virginia and on the national level.

“The city of Wheeling has played a great role in all three of those histories, and it’s going to be a great thing for our city for the rest of the country to see and hear those stories,” he said. “I look at it as living history.”

Fahey believes two topics on C-SPAN’s planned coverage of Wheeling will resonate more than the others, including the creation of the 35th state, and how transportation decisions led to the nation’s initial, “Gateway to the West.” 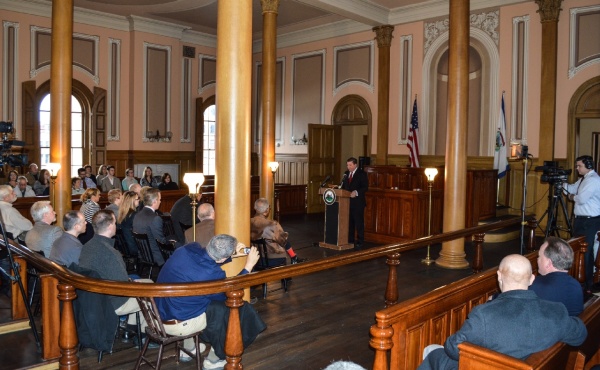 Wheeling Vice Mayor Gene Fahey addressed a large gathering that attended the press conference. Fahey said he believes the rest of the nation will soon learn the important role the Upper Ohio Valley played in the formation of the rest of the country.

“I think the story of Independence Hall will be the piece of history that sticks the most with the national audience,” Fahey said. “It was such a time of instability for our country, and West Virginia’s becoming the 35th state was all a part of the stabilization of our nation.

“It had such an important impact for Abraham Lincoln to keep control and to maintain stability in our nation. Lord knows what could have happened if history had taken a different path,” he continued. “With the East Coast audience members, I believe the story of National Road and how it came to travel through Wheeling will mean a lot. If that decision had not been made, so much as we know life today would be happening somewhere else.”

C-SPAN’s “Cities Tour” is made possible by a partnership with Comcast, and the local segments recorded throughout this week will air on the non-fiction book channel Book TV (on C-SPAN2, Comcast channel 186) the history channel American History TV (on C-SPAN3, Comcast channel 105). The C-SPAN network is known for its “gavel-to-gavel” coverage inside the two chambers of Congress, as well as its coverage of the Canadian and British parliaments. When politics is not the selected coverage, C-SPAN offers historical and interview programming. According to its website, C-SPAN reaches more than 100 million American households each day.

“Since the network started, the goal has been to give the people access to their governments,” Lamb said. “There are no commercials on the C-SPAN stations so we do not choose sides during our coverage, and the goal of the ‘Cities Tour’ is to get out of Washington, D.C., to go see the rest of the country to visit with the most historical places we can find. Wheeling is one of those places.” 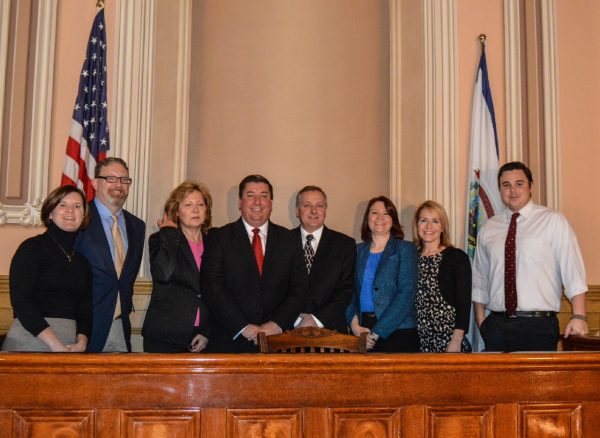