Do you realize why?

I’ll offer you a hint.

“C-SPAN’s Cities Tour takes our Book TV and American History TV on the road. On the first and third weekend of each month, we’ll feature the literary life and history of a selected city. Working with our cable partners, our producing team will take specially outfitted Local Content Vehicles (LCVs) into each city, visiting various literary and historic sites as we interview local historians, authors, and civic leaders. We’ll also meet with students, teachers, elected officials, and organizations to talk about C-SPAN’s mission in covering public affairs programming, and what the local connections are to national politics.”

C-SPAN’s “Cities Tour” is made possible by a partnership with Comcast, and the local segments recorded throughout the week will air on the non-fiction book channel Book TV (on C-SPAN2, Comcast channel 186) on Saturday at 12 p.m., and on the history channel American History TV (on C-SPAN3, Comcast channel 105) on Sunday at 2 p.m..

Each broadcast will be one hour in length. 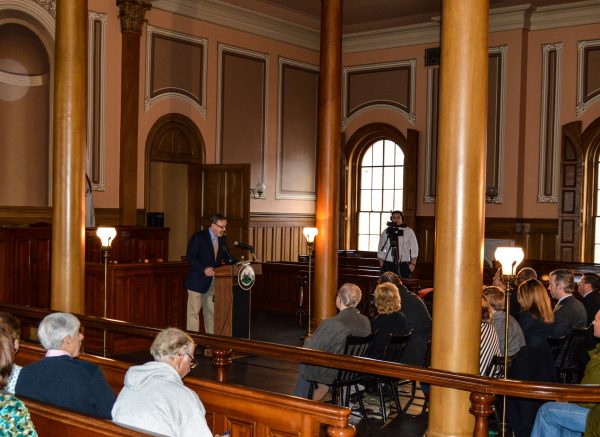 Travis Henline, site manager of Independence Hall in downtown Wheeling, is hopeful that C-SPAN’s “Wheeling Weekend” will attract more visitors to the, “birthplace of West Virginia.”

The selected topics are the following:

“While we were visiting we were asked several times why we visited the Palace of Gold and why we were planning to include the Hare Krishna on a broadcast that centers on Wheeling,” said Debbie Lamb, the coordinating producer for C-SPAN’s “Cities Tour.” “My immediate answer was that this community had an impact on the entire valley area, especially Wheeling.

“The people of this valley know a lot about it, and it’s not just because of the scandals and federal investigations, but also because everyone wondered why they would choose the Wheeling area in the first place,” she continued. “I’m looking forward to hearing the reaction from the people in Wheeling once it airs because Wheeling is truly a remarkable place with so much history that we’ll likely have to come back to cover more.”

“Thousands of people drive by and walk by this building, and I’m sure the majority of those folks have no idea what we have here inside these walls,” he said. “I really enjoy it when people are viewing the Civil War flag collection we have on the second floor because as soon as they see the first one, the ‘Wow’ factor kicks in.

“Once people get inside, the education begins, and I think what C-SPAN researched while in our city is going to provide a lot of new information for everyone who watches,” he said. “The best part is that if someone doesn’t have the time to watch (this weekend), both shows will be on the C-SPAN website and people will be able to visit the site and watch them as many times as they wish.”

Wheeling vice mayor and Ward Six council representative Gene Fahey said he is most interested in the decision that brought National Road through the middle of the Friendly City. Federal officials at the time, Fahey said, were considering both Pittsburgh and Wellsburg, but not Wheeling.

“Look at what followed National Road. The commerce, the populations, and the Wheeling Suspension Bridge were all results from that one, single decision to bring National Road to Wheeling,” he said. “And then Interstate 70 followed so Wheeling could continue serving as the ‘Gateway to the West.’

“I’m really looking forward to watching both programs, and then hearing the reactions from Wheeling people,” Fahey added. “This is something the Wheeling Convention and Visitors will be able to use in order to attract more tourists to the Valley and something everyone from Wheeling should be proud of. I know I am.” 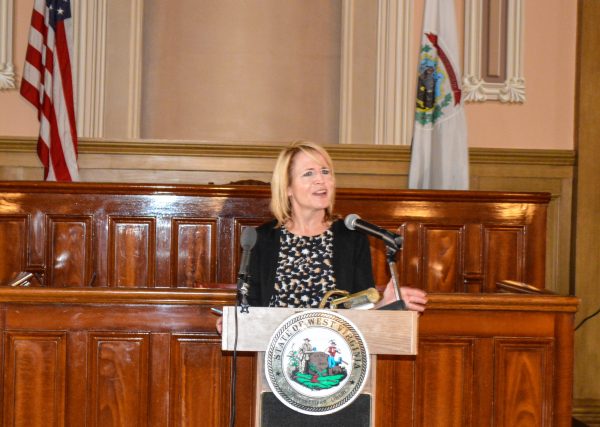