The Game of Kings

The board is set. Protect your king. Match wits with your opponent. Make sacrifices. Utilize your strongest pieces to their fullest potential. Strategize and anticipate your opponent’s moves until you finally trap his king and announce your victory.

Chess may seem like an intimidating game at first. There are multiple pieces to keep track of, each only allowed to move a certain way. But for those who master the game, it is an exciting mental challenge that sharpens the mind. That is why it is called the “Game of Kings.” For those who love the game, there is nothing like getting to test their abilities against others in friendly competition.

But the game cannot begin without players. The board must be set before any pieces can move. 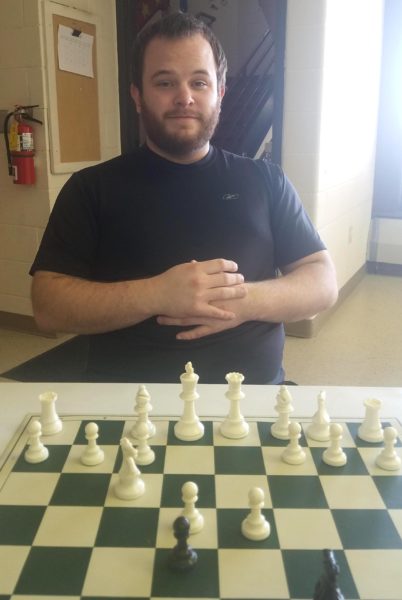 Enter the Ohio Valley Chess Club, a coordinating group dedicated to connecting chess players and groups from Marshall County to Wheeling to Steubenville and everywhere in between. Started in late 2017, the group is still new but highly eager to build a strong community of players.

“We usually have two to three playing sessions each month,” OV Chess Club organizer Joshua Phillips said. “There are also monthly meetings on the second Saturday of each month at 10:30 a.m. at the Ohio County Library in Wheeling.” Other sessions have been held in the Bellaire and St. Clairsville libraries.

While Phillips said that the chess club was founded to give adults a chance to play chess, he added that the meetings and playing sessions are open to anyone capable of learning the rules of the game. The desire to learn is just as important as any previous knowledge of the game.

“We are very beginner-friendly at our meetings,” Phillips said. “We accept anyone – adults who want to learn, veteran chess players who already know the rules — just anyone old enough to handle the game. Our sessions are usually pretty casual for now.” 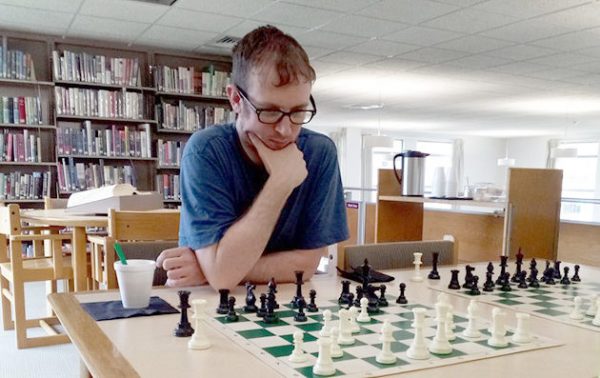 Ohio Valley Chess Club member Josh Wood of Wheeling is deep in thought regarding his next move.

On average, six to seven people participate in Ohio Valley Chess Club meetings, Phillips said, but there are at least 15-20 known chess enthusiasts in the area. To unite them, the club recently started a Facebook page. Phillips said he hopes other chess clubs in the area will use the page to connect multiple small groups. If a more central organization could be formed, he said, the club would consider traveling to Pittsburgh, Morgantown or Columbus to compete in chess tournaments.

As an added benefit, Phillips himself includes chess tutorials on the club’s Facebook page to share his strategies with fellow players.

One of the most incredible things about playing chess, according to Phillips, is the way it challenges the mind to constantly learn and strategize.

“Chess is something you could learn in 30 minutes, but you can keep improving forever,” Phillips said. “That is why we want the club to grow. A lot of people have played or might play chess if they were aware of the opportunity to play regularly. And more people mean more chances to get together and play chess.”

Please Share, slightly improved introduction video.Trying to push this one, and reach out to schools and other large groups in the area with it.