Now that the month of December has arrived, many local parents are asking themselves the same question: “Will this winter be as bad as last winter?”

The inquiry is popular now because of how frequently last year’s inclement weather and frigid temperatures resulted in the closure of Ohio County Schools. A total of 13 school days were canceled, and 10 two-hour delays were issued, according to Ohio County Schools Superintendent Dr. Dianna Vargo.

In fact, the students of Ohio County Schools attended 175 days of instruction, five fewer than what are currently mandated by state code, new this year.

“Last winter was a bad a winter for us,” said Vargo. “We were able to reschedule eight of those days, and our teachers and administrators worked very hard to make up for the lost classroom time.

“They make up the packets to send home with their students when the winter weather is expected to keep the kids away from school,” she said. “And our students also can do their school work on our online classes.”

Last January proved the worst weather month for the school district, with 10 instructional days canceled. There were two cancellations in February and one in March. The students lost spring break because of the wintry weather, and they also attended school on three days that were originally scheduled as “non-class days.” The other five days could not be rescheduled because state law also determined the last possible day for instruction.

“The safety of our students is always the first consideration when those decisions are being made,” Vargo explained. “No matter what other issues there may be at the time, their safety remains the focus.

“During those questionable mornings, there are four of us who are out on the roadways between 3 a.m. and 3:30 a.m., and after we check our designated areas, we try to meet at Wheeling Park High School to share with each other what we have seen,” she continued. “If we are unable to make it up the hill to Wheeling Park High School, our Central Office in Elm Grove is another option.” 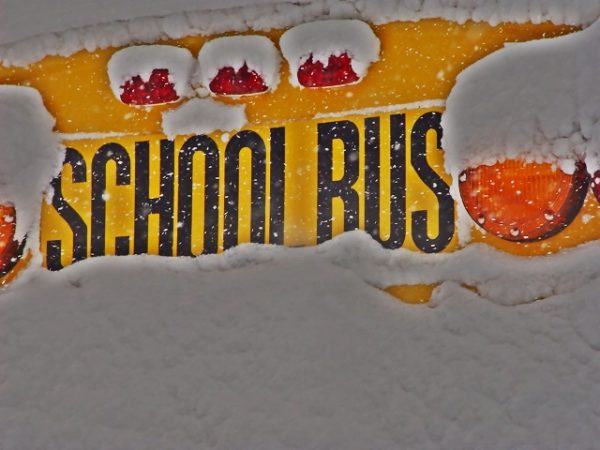 “We want our parents and our students to have this information as early as possible so they have time to arrange what they have to do in those situations,” she said. “There have been times when we have been able to make those decisions the night before, and if we can do that, we do that so the parents know as soon as possible.”

Students of Ohio County Schools began attending classes this year on Aug. 18, and the final day of instruction is currently scheduled for May 29, 2015. This year, according to state code, the final possible day for classes in June 30, 2015. Spring break is scheduled for March 30-April 2.

West Virginia lawmakers altered the code mandating how the state’s 55 school districts must account for lost time of instruction. Now, instead of simply rescheduling the missed days, the school systems must account for every minute lost by delays and closures because of inclement weather.

Vargo insisted the new law would not alter the decision making process in Ohio County.

“If we have bad weather and the roads are unsafe for our students, the decision to cancel or delay will be made, and we’ll do our very best to make up that lost time just like we always have.

“We have to consider several different factors when making these decisions, including the temperature, the condition of the roads, and what the predictions are,” Vargo explained. “Once we make the decision to delay or to cancel, we immediately inform our parents and students with our phone messenger system, and we notify the local media outlets by a phone call.”

This year the school system has added a Twitter account that will help to inform parents and students of delays or cancelations.

The superintendent said she is hoping for “hot temperatures and sunny skies” this winter.

“I am hoping for a mild winter this year for everyone involved,” Vargo said. “We realize the hardship it places on our students and their parents, as well as on our administrators, faculty, and staff members.

“I am hoping for the kind of winter we had during the 2011-2012 school year because we didn’t have a single cancellation,” she added. “That was a very mild winter for us, and the students actually had the chance to enjoy a full spring break.”