For an eighth consecutive year, Merrick and his staff welcomed several of the best high school basketball teams in the nation to the Cancer Research Classic on the campus of Wheeling Jesuit University. Merrick is the director of Wheeling Hospital’s Schiffler Cancer Center.

“I like the fact that many of our local players get to play on this kind of stage and against this kind of competition,” Merrick said. “Wheeling Central and Wheeling Park have big challenges each year they participate, and that can only help a team for the rest of their season.

“This is a game I fell in love with when I was 12 years old, and ever since that time I have lived my life based on the lessons I have learned thanks to the game of basketball,” Merrick said. “It’s a beautiful game, and it’s a big part of the person I’ve become.” 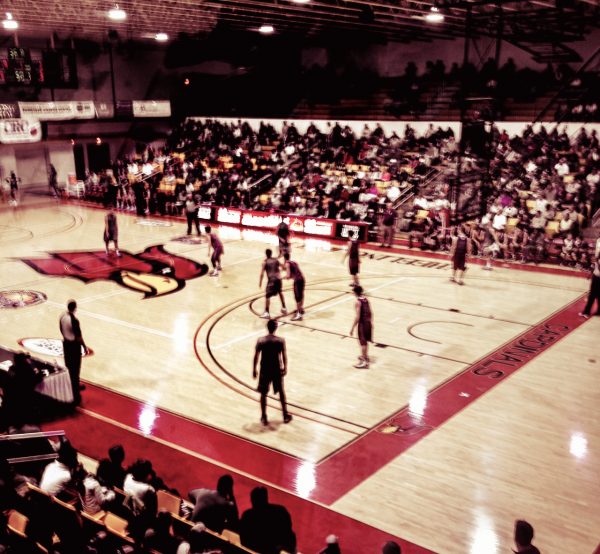 The Maroon Knights of Wheeling Central played in the first game of this year’s Cancer Research Classic. Gill St. Bernard from Gladstone, N.J., claimed a 72-47 victory.

Mike Young, athletic director for Wheeling Central Catholic, said he believes the Cancer Research Classic is a memory-maker for all the participating student/athletes.

“A lot of these kids will go on to play at the next level, and that’s another example of what Dr. Merrick has accomplished for this valley,” Young said. “It’s great for our restaurants and our hotels, and it’s a great opportunity for Wheeling Central and Wheeling Park to showcase our programs. We’re going to see a lot of these kids playing on TV in the future.

“Plus, this is a game these student/athletes will remember their entire lives,” he said. “These kinds of experiences are memories that last a lifetime, and I’m proud that Wheeling Central gets to be a part of such a quality event.”

Young also believes basketball fans from across the Upper Ohio Valley enjoy the annual Cancer Research Classic because it offers them the opportunity to see the national top scholastic hoopsters in person before watching them play on television. Eleven alumni of the CRC are now playing in the NBA.

“The Cancer Research Classic is great exposure for our kids, and it’s a great opportunity to play against this caliber of talent,” Young said. “What Dr. Merrick and his staff accomplish every year is very impressive.

“It’s a great atmosphere for our basketball junkies in the Upper Ohio Valley,” he said. “Some of the best basketball players in the country have played in Wheeling for several years now, and I think that a great thing for Wheeling Jesuit University and for the city of Wheeling.”

“The Cancer Research Classic is not just about the game of basketball, but also about raising awareness about men’s health. Men need to find out more. We need to learn more,” Merrick said. “We as men live eight or nine years less than women because we are not smart enough to get preventive health care, so there’s an enormous amount of information that is made available during the CRC every year.

According to the event’s website, “The Cancer Research Classic is proud to support Catholic Education in the Diocese of Wheeling-Charleston.  Consisting of 29 schools with programs in preschool, elementary, and secondary education and the dynamic programs at Wheeling Jesuit University, Catholic schools are alive and thriving in West Virginia.

“The CRC is committed to advancing the mission of Catholic education through the events surrounding this year’s tournament.  We salute the alumni, parents, faculty, staff, clergy, and men and women religious who work tirelessly to educate young people in the image of Jesus Christ, the Good Shepherd. In a particular way, the CRC notes the leadership of Bishop Michael Bransfield, who has strengthened Catholic education and Catholic health care through his leadership at Wheeling Hospital and through his investments in the future of the Church by further developing Catholic schools in West Virginia.”

Bryan Minor, the spokesman for the Diocese of Wheeling-Charleston, said the support offered by Merrick and the Cancer Research Classic is much appreciated by officials of the Diocese.

“When the CRC first started, we were here to help promote it and help make it a success,” he said. “Obviously, Dr. Merrick doesn’t need our help any longer, but he continues to invite us and support the Diocese.

“The mission of the Cancer Research Classic is easy to believe in, and that’s why we continue to participate,” he said. “We enjoy the opportunity to interact with the hundreds of fans who fill the McDonough Center during these two days.” 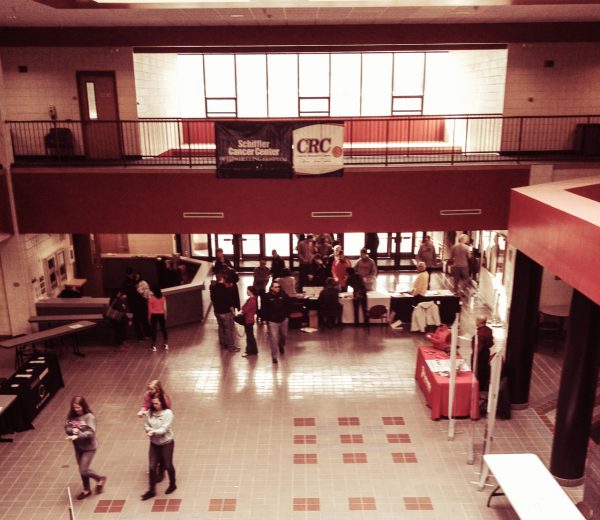 The lobby of Wheeling Jesuit’s McDonough Center offered those who attended the eighth annual event to learn more about several organizations from throughout the Upper Ohio Valley.