It’s faded, peeling away, none of what is promoted exists today in the same form it once did, and it is time to do something about it.

IT is the very large, painted-on billboard on the back of the Capitol Theatre, and the advertisement promotes the, “Capitol Music Hall,” “Jamboree U.S.A.,” and “WWVA.” But the name of the theatre changed when the Wheeling Convention & Visitor’s Bureau purchased the playhouse in April 2009; Jamboree U.S.A. was dissolved by Live Nation in 2007; and although the radio station has retained those legendary call letters, country music programming has been moved to a different frequency in favor of an all-talk format.

Even if all the above businesses were exactly the same as when this billboard was originally painted, the need for attention to it now still would be as urgent as it is because of its visibility to thousands eastbound motorists crossing the front channel of the Ohio River each day. It reflects, unfortunately, an old, unmaintained community at a time when the opposite is finally the reality. 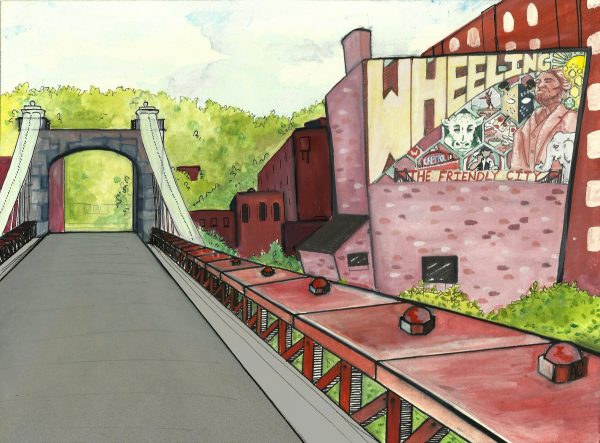 This rendering and the one used for the cover photo were created by Wheeling artist Amanda Carney from the Cat’s Paw Art Studio in Centre Market.

And here’s the good news about the theatre’s back wall. Frank O’Brien is aware of the issue.

“When we first purchased the theatre, we had to establish a list of priorities, and the back of the building has always been on that list,” explained O’Brien, executive director of the Wheeling Convention and Visitors Bureau, owner of the Capitol Theatre. “But there were some pretty big issues that we had to deal with first just so we could get it open again, and we’ve accomplished a lot of renovation and preservation ever since.” 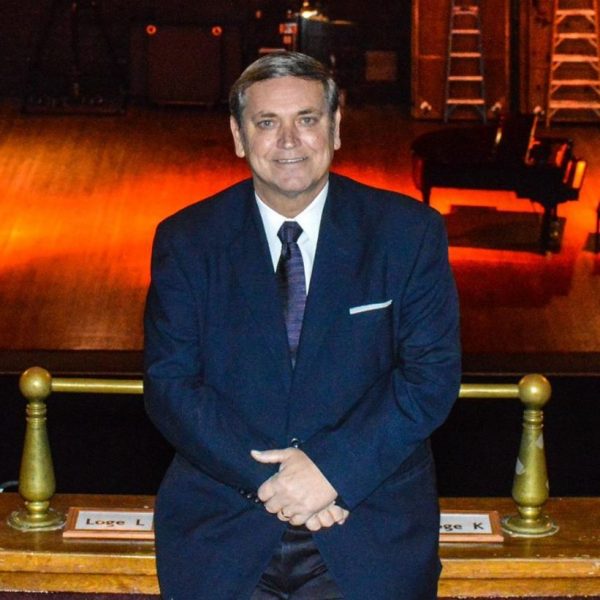 Prior to the CVB’s purchase of the venue the Capitol Theatre was closed for a two-year period because Wheeling Fire inspectors ordered Live Nation to have fire department personnel present anytime the theatre would attract more than 50 guests. O’Brien and his board partnered with the Wheeling National Heritage Area Corp. to gain grant funding for several preservation projects, and today, after just a little over five years, the building now has a new fire escape, new seating, a new stage drape, cleaned, painted, and functional dressing rooms, new LED lighting, an upgraded sound system, a second concessions area, and a total facelift to the Capitol Ballroom.

“We really needed to stabilize the envelope of the building, and that’s exactly what we have done,” he continued. “Now, when I look at the billboard on the back, I see that it is old, and it is faded, and it’s projecting a negative image, in my opinion, so that’s something we need to address. It’s definitely moved up on that list because right now it’s a faded remnant of the past, and the people of this city are looking now at the present and to the future.”

But what to place on the enormous canvas is still something O’Brien and his fellow decision-makers are contemplating. The Wheeling CVB, O’Brien explained, is now in the process of changing the organization’s branding to, “Visit Wheeling, WV,” so … .

“I know there are regulations that determine what we can actually put up on that wall in the future, and that is something we are already researching,” O’Brien said. “And if money wasn’t an object, I could see something in LED lighting that could just be incredible and dynamic, but I doubt that would be possible right now.

“The best option, though, is to use it the same way with a new advertisement that we could light it up at night like what has been done before,” he continued. “That space represents a great opportunity for us and for this city, so it is something that we are studying so we can be sure to make the best choice.”