Cardinal Donald Wuerl, archbishop of Washington, will once again address members of the Northern Panhandle’s legal community as the celebrant and homilist of the annual Red Mass at the Cathedral of St. Joseph in Wheeling Jan. 30 at 6 p.m. Most Rev. Michael J. Bransfield, bishop of the Diocese of Wheeling-Charleston, will be the designated concelebrant.

Attorneys, lawmakers and public officials will be attending the Mass, which invokes God’s blessing and guidance upon those who work in the legal profession. This will be the second time that Wuerl is present for the Red Mass in Wheeling. The cardinal served as the homilist of the cathedral’s first Red Mass in January 2009. 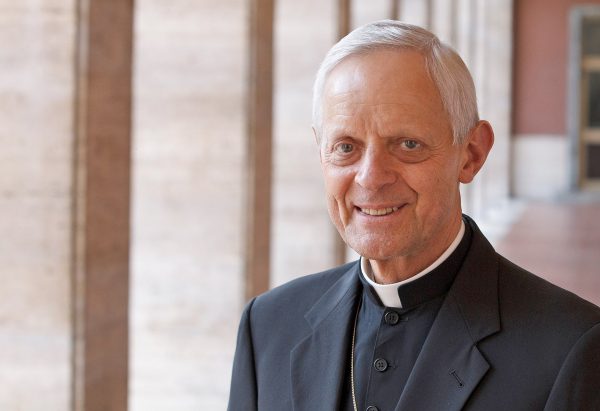 Wuerl was elevated to the College of Cardinals in 2010 by Pope Benedict XVI. He participated in the March 2013 conclave that elected Pope Francis. He serves on numerous national and international bodies and is chairman of the Board of Trustees of the Basilica of the National Shrine of the Immaculate Conception, chancellor of The Catholic University of America, chairman of the board of the Pope John Paul II Cultural Foundation and also of The Papal Foundation. He serves on a number of Vatican congregations, councils and commissions including those for the Doctrine of the Faith and for bishops. He has served as chairman of numerous committees of the United States Conference of Catholic Bishops.

Wuerl is known for his teaching ministry and is involved in many education, health care and social service organizations. He is the author of numerous articles and over a dozen books, including the best-selling catechisms, “The Teaching of Christ” and “The Catholic Way”. His recent books include, “The Church” (2013), “The Light Is On For You” (2014), “Open to the Holy Spirit: Living the Gospel with Wisdom and Power” (2014), “The Marriage God Wants for You” (2015), “To the Martyrs” (2015) and “Ways to Pray” (2015).

Wuerl hosted in Washington Pope Benedict XVI in April 2008 and Pope Francis in September 2015 for their first pastoral visits to the United States. He was appointed by Pope Benedict XVI to help direct the October 2012 Synod of Bishops on The New Evangelization for the Transmission of the Christian Faith. He was also appointed by Pope Francis as a member of both the 2014 and the 2015 Synods on the Family.

The cardinal was born in Pittsburgh and received graduate degrees from The Catholic University of America, the Gregorian University in Rome and a doctorate in theology from the University of St. Thomas in Rome. He was ordained a bishop by Pope John Paul II Jan. 6, 1986, in St. Peter’s Basilica, Rome. He served as auxiliary bishop in Seattle until 1987 and then as bishop of Pittsburgh for 18 years until his appointment to Washington. His titular church in Rome is St. Peter in Chains.