For the eighth consecutive year Youth Services System will collect more than 60 local businesses and service organizations this Thursday under one roof for the annual Celebrate Youth Festival at the Wheeling Park ice rink.

The hours of the event for this year’s festival have been extended to 10 a.m. until 5 p.m., and it is a free community event for anyone who wishes to attend. School children will receive free school supplies along with a plethora of other goods while participating in many different activities, and parents and grandparents will have the opportunity to converse with the representatives of the organizations and businesses that will set up stations under the rink roof.

“The Celebrate Youth Festival came about when we were exploring ways that we could get information out to our community,” explained Jill Eddy of YSS. “We knew there was a lot of valuable information about local resources and that it would be a wonderful thing if we could figure out a way to connect the people with those resources.

“Not only does this festival connect the kids and parents with those resources, but it was a also way we could give back to our community because of the amazing support that we received whenever we need it,” she continued. “Throughout the years the community has always help this agency in one way or another. There are times when we are looking for necessities that people need to get back on their feet, and no matter what it may be, someone steps forward to make it happen.” 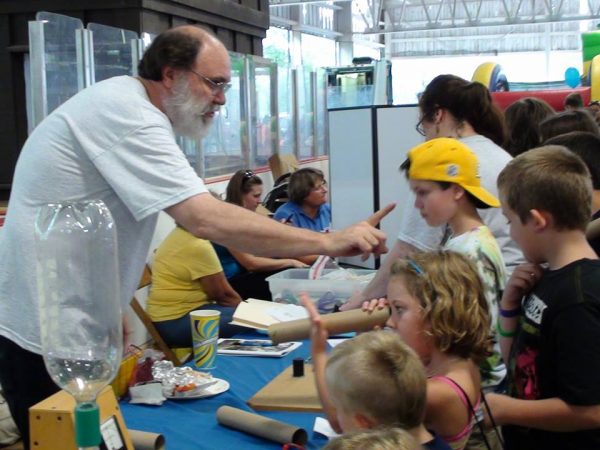 The kids will have the chance this Thursday to participate in many different activities.

The event started in 2008 and attracted approximately 500 parents and children during the first couple of years. But then a YSS volunteer offered a good piece of advice that led to several thousand local folks attending.

“When we first started this event we had a few hundred kids at the first few, but I have to give a lot of credit for the growth of this event to Dave Mathieu,” Eddy said. “That’s because I was in a meeting with him one day, and he suggested that we ask Ohio County Schools to program a call to all of the households in their system. He said we could reach at least all of the children going to those public schools.

“It is the same system that the school system utilizes for delays and school cancellations,” she continued. “So we talked to the superintendent, and she agreed, and that is when our numbers went through the roof. We quickly went from hundreds of kids to thousands, and it’s been a great thing ever since.”

Mike Toothman with YSS explained that changing the day of the week when the festival is staged helped attract a larger crowd, as well. 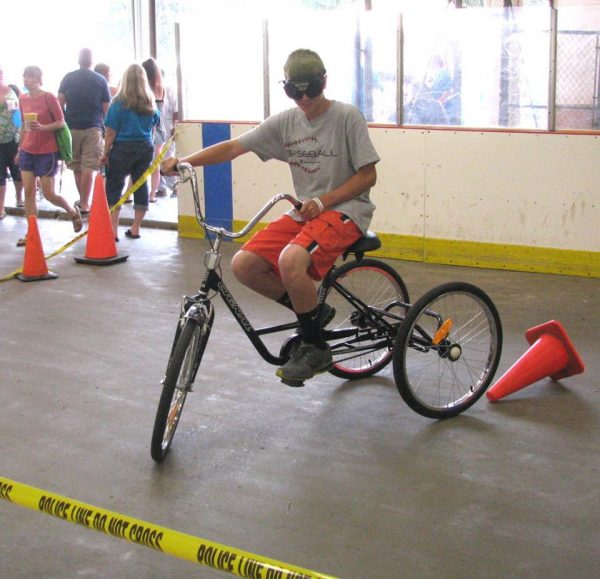 Even operating a three-wheeler is difficult when wearing the “drunk goggles” made available by local law enforcement.

“We were competing with many other events on Friday, but we find out there’s not as much competition on Thursday,” he said. “The first year when we had the help from Ohio County Schools, we pretty much ran out of everything.

“By my calculations we have had a total of 27,000 people attend this event since we started it in 2008, and that was with only about 500 the first couple of year,” Toothman said. “In fact when we first started it, we were not sure anyone was going to come, but we had a lot of people helping us with promotion, and since we have attracted many more children and parents, and the number of organizations has increased, too.”

One other change this year is the date for YSS’s Good Samaritan Dinner (Aug. 19) during which a local resident is honored for volunteer work and monetary donations. This year’s honoree is Dr. William Mercer, a local physician who also serves as the health officer of the Ohio County Health Department.

Organizations such as the House of Carpenter, the Wheeling Police Department, the Ohio County Sheriff’s Office, and Ohio County Library will join many others to attract both the children and their parents and grandparents.  Different activities will be available at the booths, and there also will be inflatables, an archery shoot presented by Cabela’s, live entertainment, and free food. 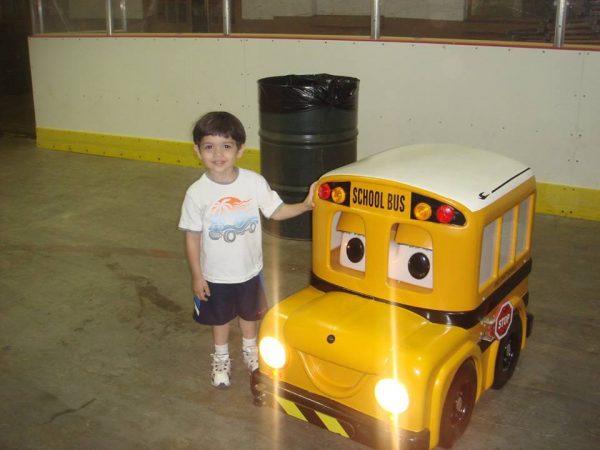 “Buster the Bus” is always a popular attraction with the young children.

“When school starts, we receive a lot of calls here from people with general questions about the organizations we have here in the Wheeling area and about the services they provide,” Eddy explained. “But all of those resources will be available at the Celebrate Youth Festival, and they will all be under one roof.

“That information is invaluable to parents. It really is,” she said. “Those parents then have informal conversations with the representatives, and then they know that they are out there for any future needs.”

One of those needs for some is information about whether continuing a student’s education is possible. YSS has that covered, too. 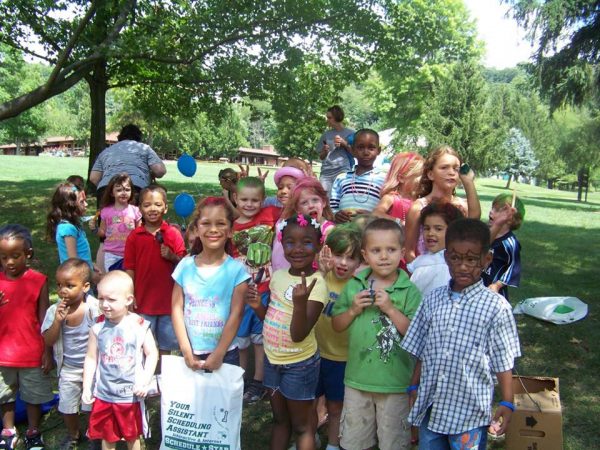 Live entertainment, inflatables, an archery shoot, and a plethora of games will be featured during this year’s Celebrate Youth Festival.

“There are many parents who have no idea how the whole ‘Going-to-college’ thing works, so it’s very important to have those representatives there to answer those questions,” Toothman said. “Many people do not realize that it can be affordable to continue their education, but with all of the news about the increasing costs of higher education, they may just abandon those plans.”

Parents, Eddy said, need to realize that no money is exchanged during the Celebrate Youth Festival, and that includes the activities band that is offered for free to all those who attend the event. The band covers the cost of all activities at Wheeling Park.

“Can you imagine the expense involved with taking the entire family to the park and doing everything that it has to do? That’s why, thanks to the Oglebay Foundation, it’s important to everyone to be able to offer that,” Eddy said. “So these families are able to come to the Celebrate Youth Festival. and everyone gets free food and school supplies and a free day at the park.” 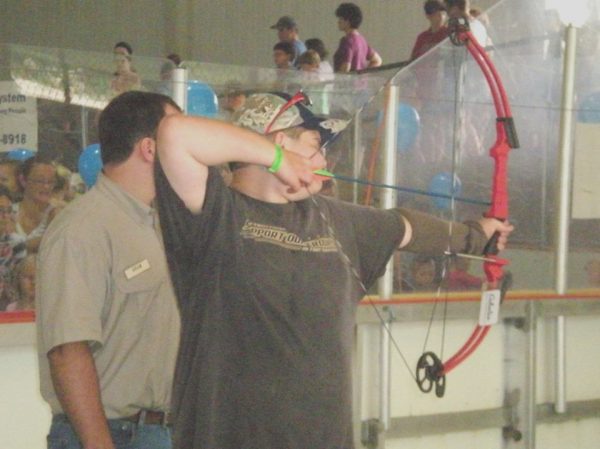 The planning for next year’s event will begin as soon as this Thursday’s Celebrate Youth Festival is complete, and the YSS employees and the many volunteers dedicated themselves to the process for two reasons: the impact they have witnessed with local children and their families, and the support offered them by members of the Wheeling area.

“A great example of what your volunteers and donors make happen takes place when one of our kids is ready for their first apartment,” Eddy explained. “Moving into your first apartment is a pretty big deal. I remember when I did that, but I also had my parents there to help me. That’s not the case for everyone, though. So we do that same thing for many, many children who do not have that support system in place like I did.

“And the community has helped us with a lot of that whether it’s a washer, a dryer, a bed, linens, blankets, or cookware. You name it; the community has supplied those things so a child can start their life as an adult in our community,” she said. “That support may be something that a lot of people take for granted because they’ve grown up with it their whole lives, but many people in this area realize that’s not the case for everyone, and they choose to help them. And it truly means everything to the young person and makes a difference in their lives.”