Plenty of opportunities exist for Wheeling residents to get more involved with the decision-making that helps shape the municipality, but if an individual wishes to serve his or her city, it’s up to them to communicate the willingness.

There are currently openings on three commissions and three working groups affiliated with the Comprehensive Implementation Committee, and there may be as many as three council positions – and definitely the mayor’s office – open to newcomers come May 10, 2016. At this time, no open positions exist on the city’s Human Rights Commission, the Hall of Fame Board, the Traffic Commission, the Board of Zoning Appeals, the Police Civil Service Commission, and there are four nominations pending City Council approval concerning the Arts and Cultural Commission.

The Planning Commission and the Historic Landmarks Commission each have one vacancy, and appointments for those positions fall among Mayor Andy McKenzie’s responsibilities. There is also one vacancy on the Fire Civil Service Commission, and Wheeling City Manager Robert Herron will appoint the individual to fill the position. 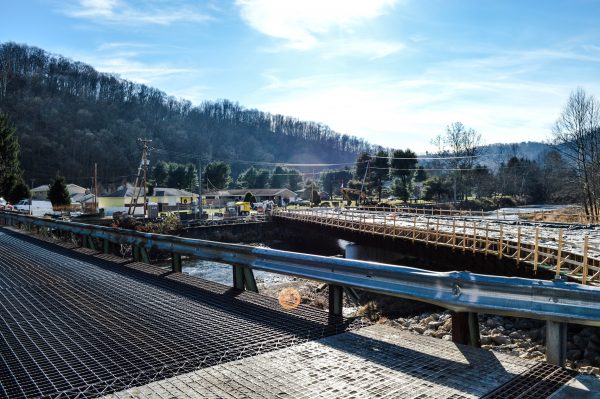 This bridge project in the Mar Win area of Wheeling has local residents concerned, and those citizens have communicated those issues to Wheeling government officials.

These descriptions of each commission are listed on the City of Wheeling’s website:

The Planning Commission consists of not fewer than five or more than 15 residents of the City who are qualified by knowledge or experience in matters pertaining to the development of the City, and shall include representatives of business, industry and labor. All members are nominated by the City Manager and confirmed by Council. Members of the Commission serve without compensation.

The Historic Landmarks Commission consists of seven members, six of whom are appointed by the City Manager, and the seventh is a member of Council who is appointed by Council. All members of the Commission shall be residents of the City and shall serve without compensation.

A majority of the members shall have demonstrated special interest, experience or education in history, architecture, planning real estate or law.

The Commission meets the first Thursday of the month at 3:30 p.m. in City Council Chambers. 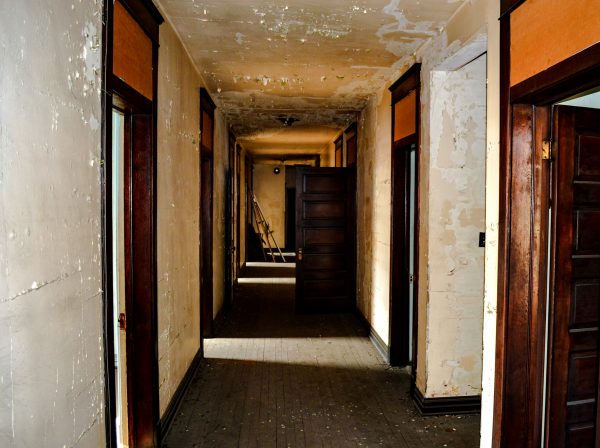 The most recent state-mandated Comprehensive Plan addresses the potential of future housing in the downtown district. This vacant floor is located along 10th Street near the historic Wheeling Suspension Bridge.

The general powers and duties of the Civil Service Commission consist of the keeping of minutes of its own proceedings and records of its examinations and other official actions. The Commission can also conduct investigations concerning all matters touching the enforcement and effect of the provisions of West Virginia Code, Chapter 8, Article 15.

The Comprehensive Implementation Committee was created after the state-mandated study was presented to city council members in November (it does not yet have a page on the City website). The reason for this new idea, according to the city’s Tom Connelly, was to ensure more local residents would assist in making the vision become a reality.

“There have been a lot of great ideas in the previous plans that the city of Wheeling have produced because of the state law, but there’s never been people who have volunteered to make what can happen, happen,” he said. “There are a lot of areas to consider and that’s why there are so many working groups involved, and there are also estimated times for implementation throughout the plan.

“This is not a plan or a study that’s just going to sit on a shelf somewhere in the building. This is a working document for these committee members and the city to use over the next decade so there can be an effort to implement what we can,” he said. “That’s why it’s important for all of the working groups to get to work, and if there are people interested all they have to do is send me an email.

The Downtown Wheeling, Population Retention, Economic Development, Infrastructure, and Culture and Arts subcommittees are in need of volunteers, as are the Sustainability, Neighborhoods, and Geographic Information Systems working groups. Connelly’s email address is: tconnelly@wheelingwv.gov. 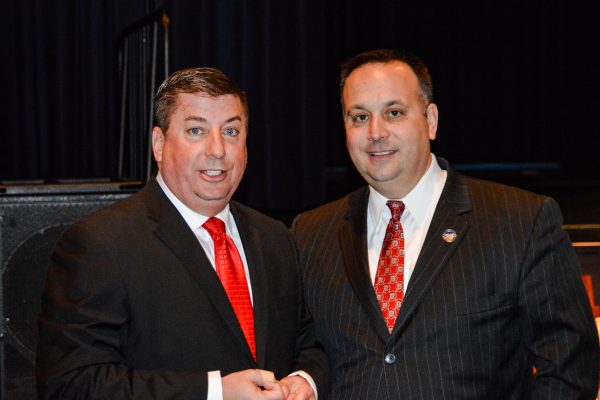 Wheeling Mayor Andy McKenzaie (on right) will finish his second and final term in mid-2016, and Vice Mayor Gene Fahey (on left) is contemplating a campaign for the position.

But Delbrugge and Henry have informed Mayor McKenzie that they do not plan to run for re-election in 2016, and if Fahey decides to run to follow McKenzie as mayor, Ward 6 would also be without an incumbent in the election. Interested residents may begin filing their candidacy paperwork on Jan. 1, 2016.

“We get to participate in a lot of great things happening in Wheeling, and we make a lot of important decisions that pertain to the future operation of everything involved,” explained Atkinson. “I don’t know how council worked before I ran and won in 2008, but I can say that we have had a great council that has worked together. We’ve not always agreed, but we have worked very well together to get a lot of important things accomplished. That’s what’s most important.

“The only thing I tell people when they tell me they are thinking about running for one of the positions is that government works at a pretty slow pace because of all the rules that have been made in the state. That’s something I didn’t realize,” he continued. “That’s been the most frustrating part because you know what needs to get done, and you know you don’t need all the readings and the waiting. But those are the rules on the books, and once you learn the process, you start getting used to it.”

“It’s definitely not about the small amount of money we are paid for all of the work we do,” added Atkinson, who finished third in the race for the mayor’s position in 2000. “The second thing I tell people who say they are interested is that it is far more than two regular meetings per month. There’s a lot more. There are committee meetings and a lot of community functions that we attend.

“It’s about getting involved. It’s about making that commitment. And it’s about listening to everyone who wants to share something with you,” he continued. “I enjoy it, and I hope to continue in the role of representing Ward 5.” 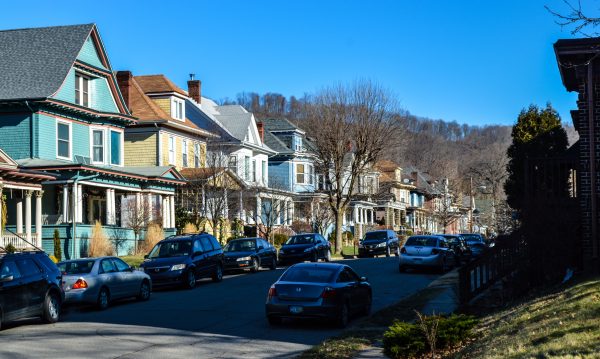 This stretch of houses rests along Maple Avenue in the Woodsdale section of Wheeling. One of the needs in the Friendly City at this time is housing that makes sense to today’s younger professionals.