City Charter Changes: Who, What & Why

It has been nearly a quarter of a century since the city of Wheeling’s Charter has been completely reviewed and reformed despite the fact current Mayor Andy McKenzie had it on his to-do list when he was first elected to the position in 2008.

The Friendly City, according to the 1990 U.S. Census, was home to nearly 35,000 citizens, but today that number has diminished to below 29,000. The worth of the American dollar 23 years ago was nearly double ($1.86 according to Dollartimes.com), and the average price of a new home has more than doubled. 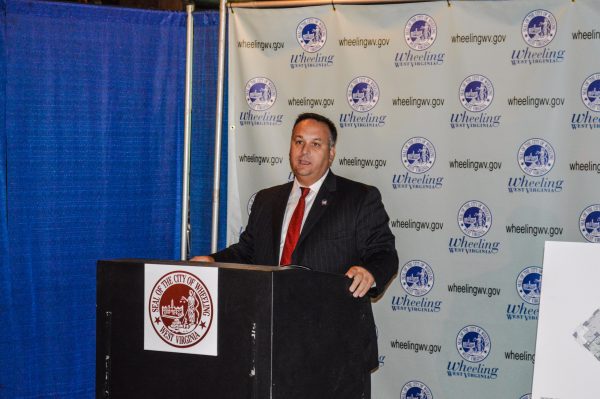 Wheeling Mayor Andy McKenzie addresses the gathering at the Boury Lofts announcement a few weeks ago.

Changing the City Charter is not an easy process, and there are many questions that must be answered by those tasked with the effort:

Those inquiries pertain to only three of the 84 sections included today in Wheeling’s City Charter. It is a document that involves everything from code and ordinance enforcement to positions within the city’s administration and the operation of the municipal court system. It sets forth guidelines for the appointments to city boards and commissions, the powers of the city manager, and how to recall a member of city council.

The Charter’s Preamble explains the goals and the priorities of Wheeling’s last Charter Review Board formed in late 1991, and the Charter was officially adopted on May 12, 1992.

The City of Wheeling has been and remains an ideal locale in which to live, to work, and to raise a family. Its excellent schools, beautiful parks, low crime, incomparable fire department, efficient public services, and, most important, warm and friendly residents, make Wheeling a city without equal for its size.

It is the mission of the Charter Review Board, elected and empowered by the citizens of The City of Wheeling at an election held Dec. 3, 1991, to build upon and improve our fair city, as follows:

In the hope that we have fulfilled our mission and our obligation, we, the Charter Review Board, have adopted and do propose to the electorate of The City of Wheeling the following charter. 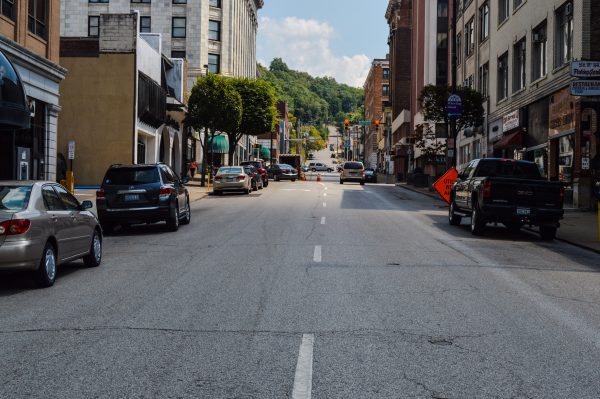 Wheeling’s downtown district is within the borders of Ward 2, one of six wards defined within the Charter.

Should Wheeling’s City Charter be updated? If so, in what way?

A pair of current city council members joined four filed candidates in addressing this important question, and their replies are listed alphabetically.

Most who know me know that I have opinions about most things concerning the city of Wheeling and that I am usually not afraid to speak, but I think I’ll sit this one out.

My reason for making this decision is based on the fact that in1992 a Charter Review Board was formed, and after a lot of time and work the current Charter was established. As a councilman my job is to follow that Charter.

Do changes need to be made? Absolutely, but when the mayor or future mayor forms a new Charter Review Board to suggest changes, it’s not my job to offer any.

Sorry if you believe I took the easy way out; I just think it’s the honest way.

As a general rule, amending the City Charter is serious business that should only occur after careful consideration and deliberation. Within that framework, here are a few suggestions to consider: 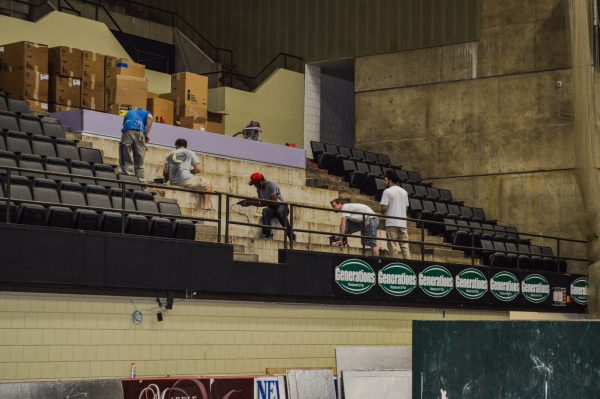 The multi-million-dollar renovation project at Wesbanco Arena was made possible by the implementation of a sales tax within city limits.

I would like the Charter Review Board to consider reducing the number of ward council members by two and creating two at-large council representatives who would be elected city-wide as the city’s mayor is.

While reading the city charter for the City of Wheeling, I also reviewed the charters for Huntington, Morgantown and a few others, as well as some additional publications that address city charters and their purpose/functionality. The primary purpose of a city charter is to outline the governance structure of the responsibilities and relationships of a city’s citizens to its council members, mayor,  and city manager, as well as how each of those positions reports to each other and governs a city, and conducts city policies and procedures.

I was pleased to see that generally speaking our charter and form of governance for Wheeling is aligned with what are nationally accepted standards and policies. Resources describing updates to city charters identify “innovation, advocacy, conservation, and adaptation” as the items to focus on when revising any city charter. Along with those guiding principles, I would advocate for a City Charter review process that is fully inclusive and encouraging of the widest engagement for public input possible, along with a Charter Review Board established to facilitate the review/revisions process ultimately resulting in recommendations to be adopted.

That said, I would advocate for a vigorous discussion regarding ward representation and designations specifically focused on adding two or three ‘at-large’ positions, one of which would be designated as a vice mayor seat. I would also advocate for term limits for consecutive terms for all council members, with that duration decided by our citizens.

Additionally, I propose adding language to the charter to required charter review on a regular basis, and establishing the rules for the creation of the Charter Review Board.

I would also like to update the Preamble section to better reflect our goals for the future of Wheeling. The present text is good content, however doesn’t take into account how Wheeling has changed since 1992. 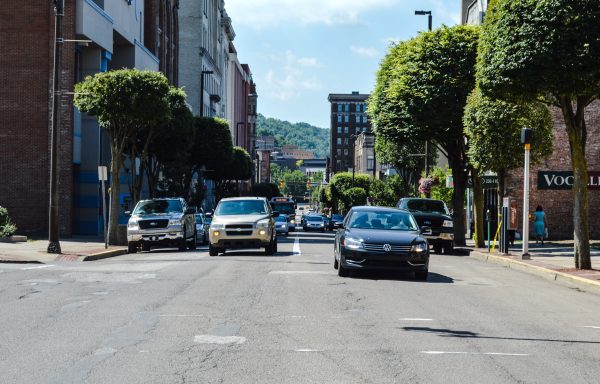 The city’s Traffic Commission is defined within the City Charter.

Times change, and the City Charter should be continually evaluated every so many years to determine if there is anything that needs adjusted to better serve a changing city and society. With that being said, I also feel that any changes should be discussed at length and the public should be given every chance to weigh in and voice their opinion.

Currently each of the six wards elects one councilperson, and the city as a whole elects a mayor. There may be times when one ward has two extremely qualified candidates, and it’s unfortunate that only one can serve. I could support going from six wards to five and adding one at large seat. We would still have the same number of people on council, six plus a mayor, but five of the six would be elected by their ward and one would be elected city-wide. To me it would make sense to make the Vice Mayor the at-large seat. This would accomplish a few things: It would allow two very qualified people in the same ward serve on council; it would make two people answerable to everybody in the city; and it would give the voters a direct say in who the vice mayor is.

The current City Charter was written around 1992. At that time it was decided that each member of city council would be paid $8,500.00 a year and the mayor would be paid that same amount plus 33 percent more. That was about 23 years ago and the pay hasn’t been raised since.

I don’t believe many people run for city council or mayor in Wheeling for the pay. I genuinely believe most people do it to help the city they love. With that being said, as a businessman I also believe you usually get what you pay for. These elected positions should attract the best and brightest our city has to offer. Now, just like most people, I despise politicians who vote to spend taxpayer money for their own pay raises. Under no circumstances would I ever vote for my own pay raise. What I could support is changing the Charter in 2016 so whoever gets elected in 2020 would be paid more than what a city council person was paid 28 years earlier. 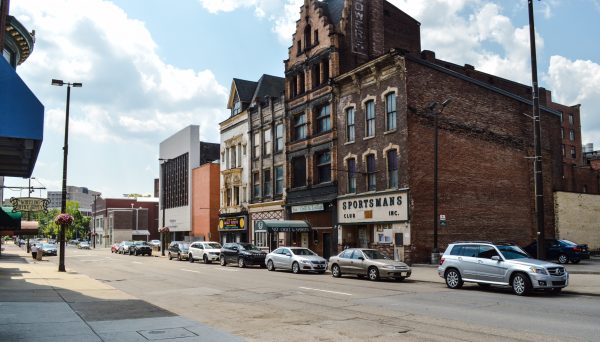 Members of Wheeling Council voted in favor of purchasing three of the four buildings along this stretch of Market Street.

Let me start by saying that I recommend all Wheeling voters take the time to read the Wheeling City Charter. It lays out in very clear terms exactly how our local government operates, what duties lie with whom and many other aspects of our municipality. Not to mention, reading the entire charter takes less than an hour. In my opinion, it is time well-spent.

Next, I would tread cautiously as far as changing anything within the Charter. Although there are some things that come off a bit antiquated, I believe that the points are still conveyed and changing the wording is not imperative. I believe that city leaders have more pressing issues than to make a priority of amending the charter.

However, my general approval of the City Charter does not mean that I would not be open to making some adjustments. The most beautiful thing about a democracy, be it local or national, is that there is always the option of change if and when it is needed to better serve modern times and economies.