In the late 1970s, two Wisconsin mothers, Harriet Shetler and Beverly Young, had grown weary of community backlash against their sons who struggled with schizophrenia.

As they worked to find care for their sons, they discovered a lack of resources and empathy. They held a meeting to explore ways to change the climate for mentally ill persons and their caregivers, and in 1979, the National Alliance for the Mentally Ill was founded. Chapters formed rapidly around the country.

Two Wheeling families, Jess and Judy Krall and Dot and Jerry McCloskey, learned about NAMI and founded a local chapter soon after. Since then, the Greater Wheeling chapter of NAMI, which is now the National Alliance on Mental Illness, has offered support in the form of presentations, gatherings, and other events to recognize the needs of mentally ill persons and the people who care for them.

About a decade ago, the Catholic Neighborhood Center purchased the house next door for NAMI Greater Wheeling to use as a meeting place. Now known as Marian House, this facility serves as a drop-in center for people in need of mental health support. NAMI Greater Wheeling officially became a 501(c)-3 nonprofit in 2005. Ten years later, Amy Gamble was brought on board to continue the organization’s growth, and she has done just that.

Born out of her own struggle with bipolar disorder, Gamble has become a nationally known advocate for mental illness. She explores her journey to better mental health in her book, Bipolar Disorder: My Biggest Competitor. In those pages, readers learn about the at times painful and at other times joyful journey the former Olympian took to finding treatment for bipolar disorder. Gamble grew up in Sherrard, so she is acutely aware of the mental health challenges faced in our region, including the current heroin crisis. 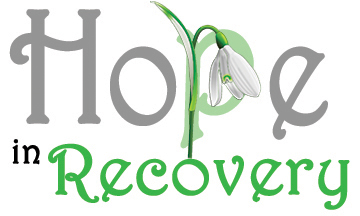 Since Gamble took on the position, NAMI has grown in multiple ways. She has secured grants to fund exciting programming and advancement, as well as hiring Julie Gomez as director of operations. In addition, Youth Services System’s CEO, John Moses, provided office space in their building on 15th Street.

NAMI Greater Wheeling began providing support group services for persons with mental illness in July and plans to offer similar services for youth in the coming months. Given their emphasis on prevention, they have been presenting the NAMI signature program “Ending the Silence” to local middle and high schools. Since the program began, Wheeling’s NAMI has presented it to more than 350 middle school students. “Ending the Silence” is an evidence-based program designed to help eliminate the stigma of mental illness.

In October 2017, NAMI Greater Wheeling held its second annual NAMI Walk. It is the organization’s largest fundraising event of the year and provides a visible representation to all that those suffering from mental illnesses are not alone. This year’s NAMI Walk will be held on Oct. 20 at Wheeling Park.

Probably the most publicly visible NAMI Greater Wheeling event in the past few years has been the “This is My Brave” held in November 2017. “This is My Brave” is an internationally known show that brings together mentally ill persons, family members and friends to speak openly about how they are affected by mental illnesses. Sixteen cast members, including Gamble, performed monologues, poetry and songs at The Capitol Theatre in Wheeling. The main goal of this event was to erase the stigma of mental illness. Cast members spoke about their struggles and triumphs with addiction, eating disorders, depression and many other challenges.

Gamble’s future goals for NAMI Greater Wheeling is “to continue to provide awareness, education, support and advocacy for our community.” NAMI will continue to offer Mental Health First Aid courses, which teach people how to help someone who is developing a mental illness or who is in a crisis. NAMI also will offer more support groups for family members or loved ones living with mental illness.  Gamble says, “It’s also important to focus on advocacy efforts at the state government level to make sure mental health is getting its fair share of funding.”

Part of those commitments will be honored with the upcoming Shedding Light on Mental Illness Conference. Sponsored in conjunction with West Liberty University, the conference runs Thursday, June 7, and Friday, June 8, at The Highlands Event Center.

Sessions both days focus on helping participants develop a deeper understanding of mental illness and feature a broad range of experts and subjects. Kevin Hines, brain/mental health advocate, will open the conference on Thursday morning at 8 a.m. His presentation will be followed by three breakout sessions with topics ranging from PTSD to children’s mental health to autism.

Jennifer Marshall opens Friday’s sessions at 8 a.m. She is a mother and writer of an award-winning blog, BipolarMomLife. She is the co-founder and executive director of This Is My Brave. Marshall last visited Wheeling in October 2017 for the production of Wheeling’s This is My Brave. Her talk is followed by three break-out sessions with topics covering postpartum depression, the opioid crisis and disability rights of West Virginia.

For a full conference program, including information on how to register, see the NAMI Greater Wheeling’s website.