What they have done for Wheeling residents is a favor.

Chad Thalman, Charlie Ballouz, Wendy Scatterday, Frank Callabrese, Jeremy Morris, and Glenn Elliott all have announced their intentions to file official candidacy papers come January and by doing so have provoked a citywide conversation about the municipality’s future direction.

And five of six of them made good on the promise last Wednesday as all but Ballouz were audience members at the “Show of Hands” event at the Capitol Theatre. Campaign buttons and personal bios were distributed, and “talking” took place about visions, listening tours, and how to ensure progress in the years to come so moved-away natives will wish to move home and potential newcomers will want to come. 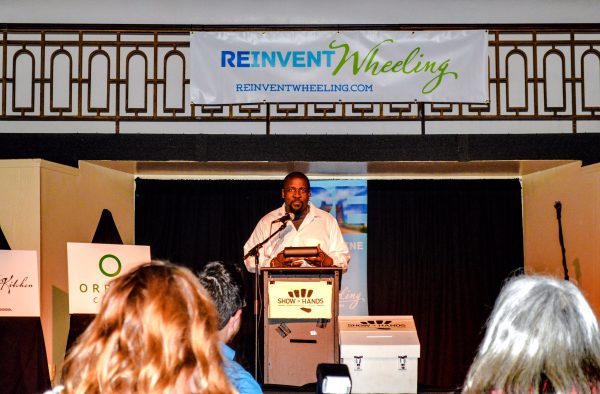 Five of the six announced candidates for Wheeling’s city council attended the recent “Show of Hands” event during which Ron Scott Jr. was proclaimed the winning presenter.

No one can deny that Mayor Andy McKenzie and his council have made many prudent moves that have led to improvements in many areas of the city. Addressing solvency issues with the pension funds for the police and fire department personnel, a new, $50 million water treatment plant in Warwood, the construction of the J.B. Chambers Recreation Park in East Wheeling, and the donations of land for the Miracle League Field, and the currently under-construction Wheeling Dog Park are a few of the highlights during the first seven years of McKenzie’s tenure in the mayor’s office. It’s been under his watch that Home Rule has been expanded to implement a 1 percent sales tax to reduce B&O Taxes and address capital improvements at Wesbanco Arena and infrastructure repairs and paving.

What the announced candidates are asking a year before Election Day is a simple question: “What’s next?”

And the best part about the question is that all six of them really seem to want to hear from YOU, and the chances to share our thoughts with them should be bountiful since each of them has been very active in our community for several years.

The only one to run for city council previously is Ballouz, a downtown resident who was defeated by a single vote by current councilman Ken Imer to represent Ward Two. Ballouz attends most council and Human Right Commission meetings, and he’s often in attendance at neighborhood association meetings in East Wheeling and on Wheeling Island. When he announced his candidacy, he said he believes Wheeling needs to “get back to the basics” as far as safety is concerned in the second ward.

Thalman returned to his hometown in 2006 and moved into Ward One’s Warwood section of Wheeling. He currently sits on Reinvent Wheeling’s Design Committee, the YWCA’s Multicultural Festival Committee, and the Blue Church’s steering committee. 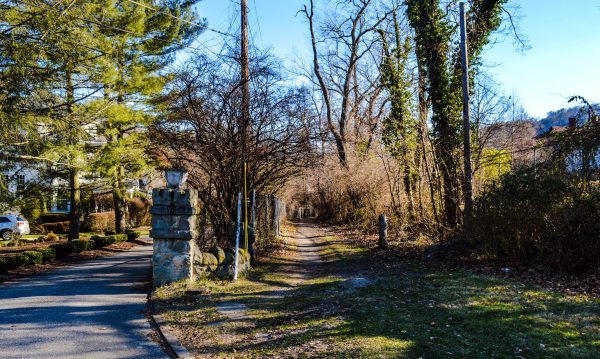 “The Path” in Woodsdale is a popular trek for walkers, runners, and bicyclists, but the gravel stretch is in need of maintenance.

Scatterday is native to Ward Four, serves as the treasurer for both the Wheeling National Heritage Area Corp. and the Greater Wheeling Coalition for the Homeless, and she founded the “Woodsdale UNITED” group nearly two years ago.

Callabrese, a resident of Ward Five, is another denizen who often engages city leaders, and he’s even made donations to the Human Rights Commission since the commission’s funding was cut two years ago.

Morris moved to Wheeling 10 years ago to accept a position with the Wheeling National Heritage Area Corp., and he now serves as the executive director. The North Wheeling resident’s work in several Wheeling neighborhoods has proven beneficial to those areas, and he has spent his free time serving on several boards and committees in the last decade. Morris is the current president of ReInvent Wheeling and the Wheeling Convention and Visitors Bureau boards; he also is the founder of the Wheeling Dog Park Association and a member of the South Wheeling Preservation Alliance, the Victorian Old Town Association, and the Friends of Wheeling.

Since purchasing and moving into the Professional Building on Market Street in downtown Wheeling, Elliott has been very active with both community and civic organizations. He is a member of the Ohio Valley Young Preservationists, and he, too, is a board member of ReInvent Wheeling. Elliott also is the treasurer of the Rotary Club of Wheeling, and is on the board for the Friends of Wheeling.

In other words, they will be readily available for us to engage them, and it is my hope the incumbents who plan to run re-election campaigns will join in on the conversation as soon as they can. I understand it takes some thought, but certainly they have been thinking about it for some time now. 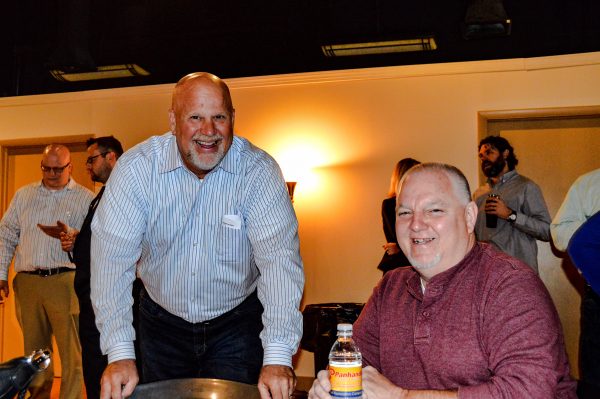 Wheeling residents have already been told by Ward One’s Gloria Delbrugge and Ward Three’s Robert Henry that they plan to retire from service to city council, but Imer, David Miller (Ward Four), Don Atkinson (Ward Five) and Gene Fahey (Ward Six) have yet to inform their constituents of their plans.

Also, no announcements have been made concerning candidates for Ward Three, an area that covers Mozart, South Wheeling, Center Wheeling, and East Wheeling. As a resident of Ward Three, my opinion is that we need a representative who will actually represent so roadway conditions, vacant properties, and nuisance businesses finally can be addressed and preservation efforts, state-owned property purchases, and historical designations can be enhanced.

Some of the candidates have been labeled already as “Young Guns” by a few of Wheeling’s older residents, but it shouldn’t be about age. That mentality, in fact, is what has hampered the Friendly City for decades. What all six of these folks have recognized is the need for leadership in Wheeling so the positive momentum can have a chance to gain speed. It’s about direction and communication with the citizens, they insist, and that is why all of them decided to toss their respective hats in the ring.

They want to do something, and that something is to talk to you. 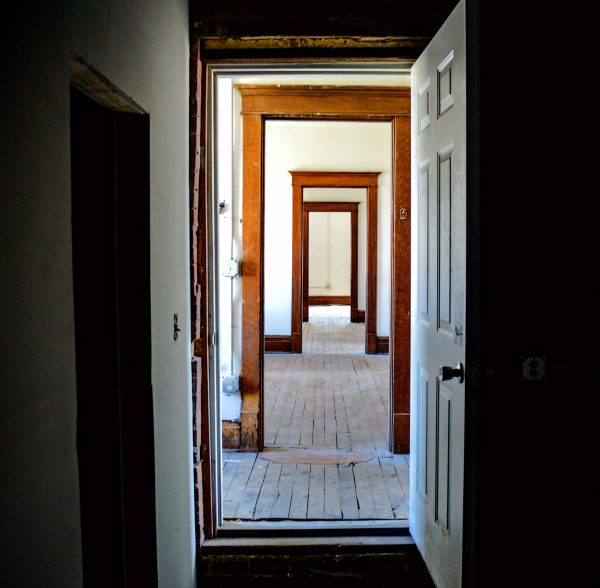 Far too many vacant buildings exist today in all wards in the city of Wheeling, but this one in South Wheeling was recently purchased and will soon be renovated.