(Editor’s Note: Each of the five candidates in the race for Ohio County Sheriff was asked to reply to six questions concerning the future of criminal activity and tax collection so that their answers could be published free of charge. The stories will be published based on the order the replies were received from a total of 16 candidates running for Assessor, the Board of Education, County Clerk, and County Sheriff.)

At the time John Powell graduated from Wheeling Park High School in 1978, many young adults were choosing to leave the Ohio County area to discover better opportunities than what were available in the Wheeling area.

Powell instead opted to enlist in the United State Navy and collected a diverse background in law enforcement and management while working in the areas of criminal and arson investigation, drug interdiction, anti-terrorism, SWAT team operations, and police operations and training.

Following his retirement from the Navy, Powell then entered the civilian workforce initially as a sheriff’s deputy in Virginia and was eventually assigned undercover duties as well as the State Police Drug Task Force. He then accepted a position with the U.S. Naval Academy’s Police Department, a move that led him to a position with the White House Presidential Cabinet Members security detail that involved dignitary protection and the coordination of police operations for official visits to locations around the world. 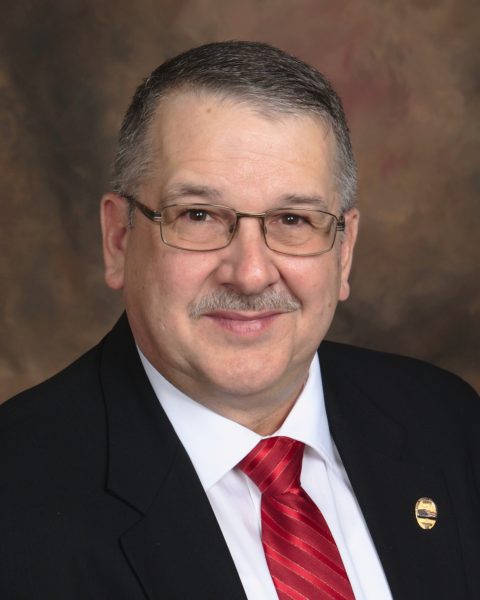 Powell, a Republican candidate for Ohio County Sheriff for a third time, then moved home to Wheeling in 2007 and married his wife, Michelle. He is currently the manager of the Gun Library at Cabela’s Outfitters at The Highlands and also works as a federal contract investigator, and Powell also owns a small engraving business.

I was raised in Wheeling, graduated from Wheeling Park High, and can trace my family roots in Ohio County back to before the Civil War. After high school I left Wheeling like so many others did at that time and began my career in the Navy.  My law enforcement career has afforded me several wonderful opportunities and advancements. To be able to go from being a Rookie Deputy Sheriff to being offered the opportunity to serve on a White House Cabinet Members Security Detail is unimaginable to many.

I honestly feel that the values and work ethics that were instilled in me by my family are key factors in my success. My family have all been hard-working, blue- collar workers; my father, brother, uncle and cousins have been members of the Equipment Operators, Iron Workers and Electrical Workers unions.

Simply put, while I was away serving others and learning, the Valley provided for and took care of my family. I simply feel as though my background in the areas of law enforcement and emergency services makes me qualified, and I want to pay it forward.

Do you feel the Sheriff’s Office is in need of more than 27 deputies at this time, and if so, why? If not, why not?

Would I like to employ more deputies? Yes. Would I like to have deputies that I could be permanently assigned to The Highlands and the interstate? Yes. But you have to keep in mind that to employ one deputy to an assigned area for a period of 24 hours a day, seven days a week, would require you to hire five to six deputies.

We are fortunate to live in the Northern Panhandle where we have a diverse group of jobs available. We are now starting to see the effects of the coal industry layoffs.  Just ask any of the big box stores in the area about their daily customer count and revenue. You will find it is declining, by tens of thousands of dollars. This loss of jobs and loss of sales revenues will soon equal a loss in tax revenues. I do not foresee the loss being as great as it was in Nicholas County last year, where they were forced to lay off one third of their deputies, but county government is going to be forced to tighten its belt in coming times.

So to answer the question, would I like to see more deputies on the street than what we have now, definitely yes! But that comes at a cost, a cost to the taxpayer and an increase in expenditures, and that means an increase in property taxes. That is one thing that most taxpayers in Ohio County cannot afford at this time.

How would you attempt to decrease the amount of illegal drug activity that is taking place in all corners of Ohio County?

I want to form a Street Crimes Unit comprised of deputies, officers, and troopers.  This unit would be designed for short-term investigations, not long-term. They would work in cooperation with existing investigative units and would be an aggressive team who will move throughout the county for the sole purpose of putting drug dealers in jail.

Additionally we need to communicate better as a whole. Unlike the city, the county does not hold crime watch meetings. I will bring those types of meetings to the county where citizens can come and tell me face-to-face problems they see occurring. My idea of an open-door policy is not necessarily you coming to see me, but me coming to see you.

An old sheriff once told me that we will never win the war on drugs unless the U.S. Government starts to treat it as a war. I believe we can be effective in diminishing the effects on our family and children if we communicate better. 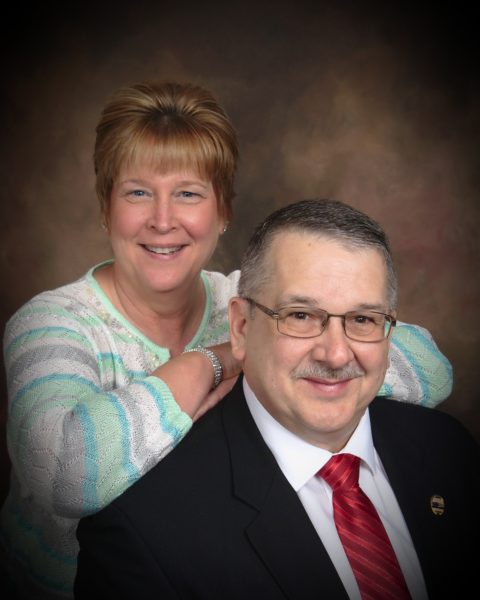 Powell and his wife, Michelle.

Under your command, would Ohio County deputies enforce all laws within the borders of the city of Wheeling as well as throughout Ohio County? If so, how, and if not, why not?

There are only so many deputies, and there is a large area of the county that needs their attention, but you cannot go from most areas of the county to another without going through the city. If deputies see a crime in progress during their travels, they have a duty to take action, and I would expect them to do so.

Simply put, the citizens of Ohio County are more than just citizens and taxpayers; they are customers. Our customer base includes everyone in our county regardless of their address, economic status, political preference, religious practice, or racial / ethnic origin. I don’t believe the customers are always right, but they are always the customers.

Sheriff Pat Butler has set records with the amount of collected taxes in the recorded history of Ohio County. How do you plan to continue that trend, and if you believe you can increase it, please explain how you would accomplish that goal?

First off, there is no reason to re-invent the wheel. Whatever the current Sheriff is doing should be continued. As long as he is willing to share the secret of his success, it should be fairly easy to continue.

As to how do you increase the success rate? I have always been successful at finding more efficient ways to accomplish a task, and I am confident this one will be no different.

Secondly, I am aware that there is one form of tax in particular that is often not reported correctly by the taxpayers and in the end not fully collected. This is one tax that the current Sheriff has ignored; it is the business personal property tax. I plan to work with the Assessor’s Office to educate those who are required to pay this tax and ensure it is collected properly, as well.

How would you attempt to increase the percentage of taxes successfully collected from those owing taxes to Ohio County?

Tax collection is a huge part of the sheriff’s job and not one to be taken lightly.  Each year the cost of providing service to the citizens keeps going up, and each year the county commissioners struggle with budget requests from each department and try to meet those needs without raising your property taxes. The only way to meet the needs of the citizens is to ensure all taxes owed are collected.  So for those who don’t open their mail or answer the phone, you can expect a knock on the door from your sheriff.

I have the managerial experience and the organizational skills to make this an effective process. I have shown that I can do this by what has taken place in recent months with the Ohio County Fire Board. After being appointed to the board in January 2015, and subsequently elected president of the board, we were notified by the County Commission that there was $1.8 million owed in past due fire service fees.

Like taxes this is an unpopular topic of discussion with some of our residents, but this is money that is owed to the men and women of the volunteer fire departments. In the leadership position of the board I recognize that the record keeping and the billing contain errors, and I am currently working with all members of the board to identify the errors, make sure those whose bills require exoneration are exonerated, and most importantly those who owe money pay. We have even elected to set up payment system to help those who want to pay to do so and not inflict financial hardship on them.