(Editor’s Note: Each of the three candidates in the race for Ohio County Clerk (all Democrats) was asked to reply to five questions concerning the future leadership of the Ohio County Clerk’s Office. The stories will be published based on the order the replies were received from a total of 16 candidates running for Assessor, the Board of Education, County Clerk, and County Sheriff.)

He likely knows the interior of the Ohio County Clerk’s Office better than most after working as an attorney in the fields of estate planning, probate, and real estate for the past 35 years, and that is why Democrat Mike Kelly believes he is qualified for the clerk’s position in Ohio County.

Kelly graduated from Linsly in 1973, and he earned his undergraduate degree from West Virginia University four years later. Kelly then graduated from the WVU College of Law in 1980, and then passed the Bar Exam and began a private practice here in Wheeling and he currently leases office space on 14th Street in downtown Wheeling. More recently he has worked as an assistant prosecuting attorney in Ohio and Marshall counties, and he has served as a Chapter 7 Trustee operating from the United States Bankruptcy Court for the Northern District of West Virginia. 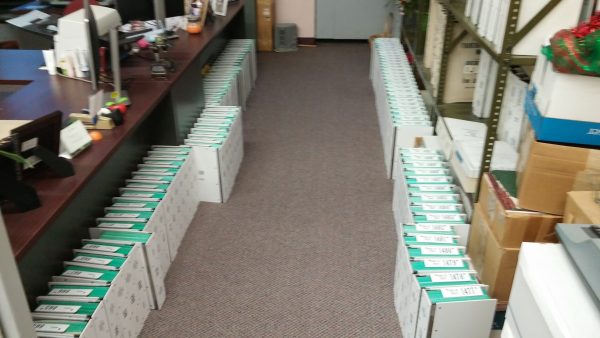 The gas and oil industry has changed the operation of the Clerk’s Office.

He has instructed at Wheeling Jesuit University on a part-time basis, and Kelly has also worked as a part-time City Solicitor for the city of Wheeling. Kelly, one of three Democrats running for County Clerk on the Ohio County ballot, is a current member of the board of directors for the Tri-State Tax Institute. He and his wife, Kathryn, will soon celebrate their fifth wedding anniversary.

As an attorney who is a frequent user of the County Clerk’s Office, I thought now was the right time to run so that if elected, I would have the opportunity to make usage of improved technology that will make it easier and more efficient for the public to access the resources in the office and for the office employees to do their jobs more efficiently.

The County Clerk is responsible for the preservation of records received; records such as Deeds, Deeds of Trust, Birth and Marriage licenses – documents that are vital to the historical record of Ohio County. I feel that there is an immediate need to use technology rather than books to better preserve these documents, some of which date back to the 1700s.

Storage space has long since run out in the Clerk’s Office, resulting in some books being kept on the floor and others piled atop shelves where they are difficult to reach. The random storage locations make it difficult for users to find the books they need. Also, some public books are in the same office as the original documents, which could mean loss of both in the case of fire or other damage to the office. Using technology rather than books will free up space and save the county money. 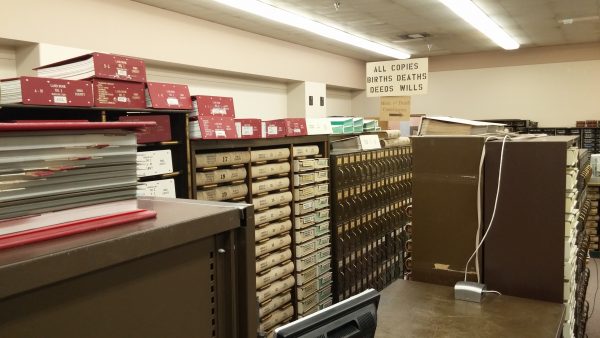 What improvements would you like to make as far as the operation of the Ohio County Clerk’s Office is concerned?

(1.) We must take advantage of more current technologies and stop using expensive books that have no safe place to be stored. I would have current and future documents scanned and available online and in digital format, and I would begin converting the documents that are now in books into these formats as well.

(2) I would move off-site the various books that are no longer required to be kept in the Clerk’s Office, such as Deed of Trust Books older than 60 years.

(3) I would reorganize the office to shelve books of the same variety together rather than in various locations throughout the office, for more efficient access.

(4) I would remove the original Wills and marriage licenses (not available to the public but copied and in books for public viewing) and old UCC-1 financing statements (New UCC-1’s are now filed with the Secretary of State’s Office), to an off-site location for safety, and use the new space to insert additional computer work stations for the public.

Do you feel as if the relationship between the Clerk’s Office and the Ohio County Assessor’s Office can be improved for the good of county residents, and if so, how? If not, why not?

Increased information sharing is necessary to improve the efficiency of both offices and to avoid complications that often arise for new property owners. I would immediately institute a policy of photocopying appraisements that are filed in a decedent’s estate and providing that information to the Assessor. This would alert the Assessor that ownership of real estate has changed and provide the names of those who inherited the property. This would help to eliminate the problem of new owners not receiving their tax bills and would assist new owners who are of age, to complete the Assessor’s application forms for the Homestead Exemption.

I also would like to connect the Assessor’s Office with the Clerk’s system so that photocopying would not be needed and so that the Assessor would have immediate information on all types of recordings involving real estate. I think training between the offices is necessary to make it easier for staff to answer and assist the public in using both offices. 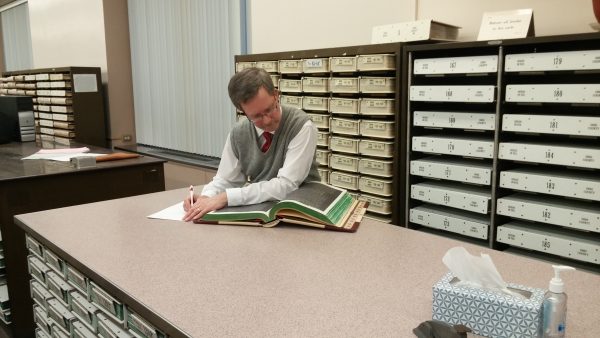 Kelly has worked for nearly 36 years in the real estate, estate planning, and probate areas of law.

What plan to preserve past records and to record future information would you like to implement if elected to the Clerk’s position?

The scanning of documents in Ohio County began in 1993; some Deed Books have been scanned back to circa 1986. I would begin, as soon as possible, to scan (online and in digital format) the various books (ie: Deed, Deed of Trust, Will, Appraisement, Settlement, Release, etc.) from 1991 back to 1955. This would make the information for title examinations available online to those involved in real estate transactions (from the lender to the title examiner) and would speed up the ability of the public to close on their new homes or obtain refinancing using their real estate as collateral.

I would also continue to scan the old Deed Books and Land Books before those books fray or fall apart. A typical title examination for the purchase or refinancing of real estate is for a period of 40-60 years. However, an examination for ownership of oil and gas is taken back to at least 1850 and much further back for coal.  In the past decade with the boom in oil and gas development in this area, these old books have been handled roughly and are falling apart. It is imperative that they be scanned and preserved for the future before it is too late.

How would your professional work experience assist you with accomplishing the duties as Ohio County Clerk?

I have the ability to review a document and determine how it should be properly indexed.  I also know and understand the probate process and its importance to the public.