He followed his father’s footsteps to the Wheeling Police Department, and Bob Henry logged 31 years of “protect-and-serve” service to the citizens of the Friendly City before his retirement.

And Henry remains involved with law enforcement today as a part-time officer for the village of Bethlehem, and he is also active with the West Virginia Public Service Commission and with the Fraternal Order of Police Lodge No. 38, for which he has served as chaplain for the past 15 years. The graduate of Wheeling Central Catholic High School was involved with fingerprinting thousands of Ohio County children at many health fairs for the “Identify a Kid” program, and he came known as “Officer Bob” while serving as a D.A.R.E instructor.

Henry represents the first ward in Bethlehem and is a member of the board for the Bethlehem Volunteer Fire Department. Born and raised in Wheeling, he and his wife raised three sons, Robbie, Joey, and Andrew, and he has been active in coaching at Our Lady of Peace and St. Vincent School.

Running as a Democrat, he will be opposed by two others in primary voting on May 10. 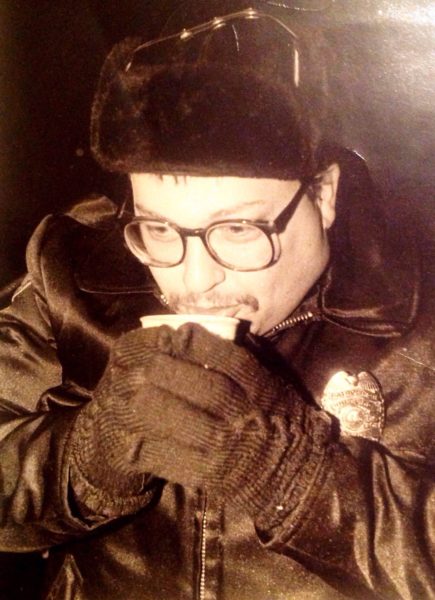 Henry was a member of the Wheeling Police Department for 31 years.

I’m running for sheriff because the time is right. When teaching the D.A.R.E Program in the schools of Ohio County, I would preach to my students to chase their dreams and don’t let anything stop you from being what you want to be. So I’m chasing my dream to be the next sheriff of Ohio County.

My resume speaks for itself; I’m a proven leader in the community; I am self-motivated; and I also have a good working relationship with the current sheriffs in our surrounding counties in West Virginia.

Do you feel the Sheriff’s Office is in need of more than 27 deputies at this time, and if so, why? If not, why not?

When elected sheriff, I will check and see if I would need more than 33 deputies or if I need to adjust some of the current positions. It would be nice to have more deputies out and about, but how much of a burden would this be on the taxpayers of Ohio County? Being a taxpayer myself, I don’t want to see any taxes raised if not necessary, and the only way to put more deputies on the payroll would mean a bigger budget for the sheriff’s department.

How would you attempt to decrease the amount of illegal drug activity that is taking place in all corners of Ohio County?

It would be awesome to see drugs in any county decrease, but the fight to keep our streets clean from drugs is a never-ending battle. I would like to see more done with the drug pushers that bring stuff in the area. When I worked on the Wheeling Police Department, we would do buy-bust. This seemed to work for a while, but it needed to be done more often. We have a drug unit in Ohio County, and I would like to see more activity from these guys, but the work they do is all under cover, and we never hear what’s going on until they make a drug bust.

I will say if anyone is arrested for any kind of drug offense, there will be no breaks granted under my watch. The drug unit is a division that I would look at to add more money from the budget if necessary to fight the drug problem in Ohio County. 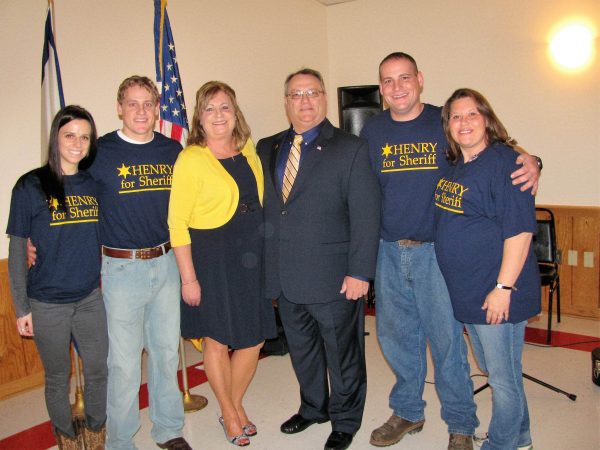 Henry said he is chasing his dream by running for Ohio County Sheriff.

Under your command, would Ohio County deputies enforce all laws within the borders of the city of Wheeling as well as throughout Ohio County? If so, how, and if not, why not?

Under my watch, yes, the deputies would enforce all of the West Virginia Code no matter where they may be at the time of a traffic stop or at the scene of a crime. I would like to see the deputies primarily in the county patrolling but, at times, they are needed as backup for all departments.

Again, I would like to see all deputies enforce all of the West Virginia Code during these traffic stops.

Sheriff Pat Butler has set records with the amount of collected taxes in the recorded history of Ohio County. How do you plan to continue that trend, and if you believe you can increase it, please explain how you would accomplish that goal?

On the tax collection issue, I know the sheriff is the chief tax collector for the county and many departments count on the sheriff to collect taxes for their budgets. That is why I would stay in close contact with the personnel that’s currently working in the tax office to see that everyone is paying their fair share of taxes. Also, I would want to see what Sheriff Butler did with the people that were not paying.

I do think one big mistake would be to change any personnel in the tax office. I know most of the people that work in the tax office, and they have worked there for several years; they do a great job, and they know how to do their job well. 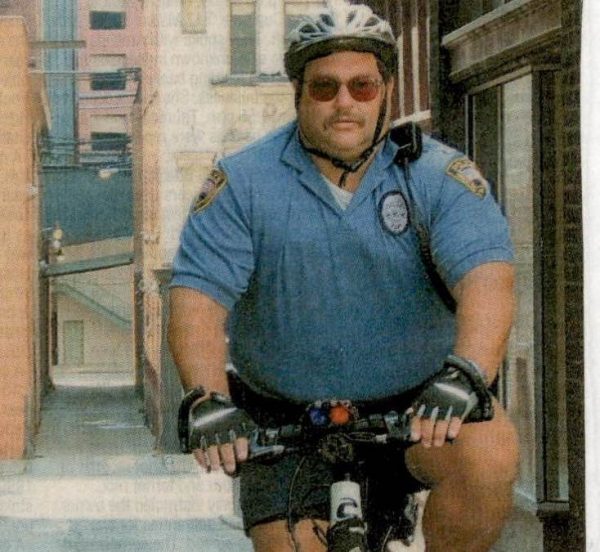 Following his retirement Henry accept a part-time police position in the village of Bethlehem.

How would you attempt to increase the percentage of taxes successfully collected from those owing taxes to Ohio County?

I really don’t have an answer for this question, but this is how I feel. I will make every attempt to collect all taxes owed, but it’s not fair to not collect the taxes owed to any county, and it’s not good to put someone’s house or business up for auction, but sometimes these happen.

I would like to see anybody that is behind on taxes to make an effort to pay their taxes so this doesn’t happen. The last thing I would like to do as sheriff is to close any business or take anyone’s home because of taxes. I know as a taxpayer myself that you can make payments on your taxes owed.