Receiving approval to clean creeks of flooding debris is very rare, and he will admit it, but the clearing of affected waterways in Ohio County should be completed by the end of the year, according to Emergency Management Agency Director Lou Vargo.

The EMA chief was successful in gaining permission to perform the work from the state Conservation Agency for 20 different areas in order to avoid future flooding in the county’s rural areas and within the city of Wheeling. The two weather events took place on July 23 and July 28, and a pair of residents perished when they were swept away by the raging high water during the initial storm.

“At this time, we don’t have the dates established just yet, but it’s my hope that we get the debris cleared by the end of the year,” Vargo reported. “I plan to organize these efforts with everyone involved, including the city of Wheeling, so we are not worrying about high creek levels that could result in the water backing up and causing more problems.

“That debris has been there since the pair of flash floods, and it’s still there. It’s not worked itself out at all because we’ve not seen significant rainfall since, and the creek has been pretty low,” the director explained. “We have to avoid total obstruction of the creek. Plus, with as low as the creek has been, we can see a lot of other debris that’s been discarded into the creek, like tires and bikes and things like that. All of that material has the potential to cause an even worse situation for the areas along our creeks and streams.” 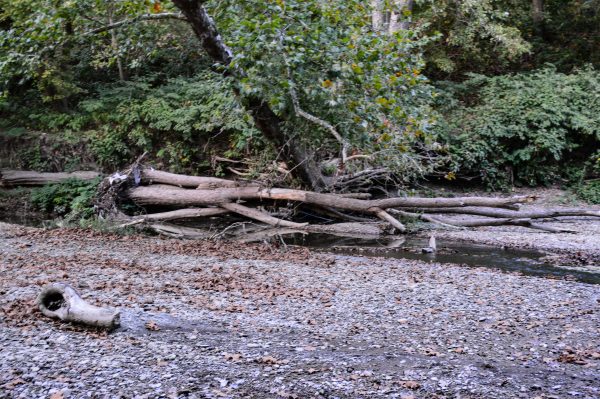 Following the flash flooding in July a plethora of downed trees have been left along the banks of local waterways.

Gaining approval for debris removal is not an easy task, Vargo confirmed, but this time the clearing was permitted because of the massive amount of debris that flowed in several tributaries of the Ohio River. While many of the critical areas are not visible, local residents can see the trees, branches, bushes and litter that collected directly below the Tunnel Green Viaduct near the Fitzsimmons Family Dog Park in East Wheeling.

“That’s when I gave the people at Soil Conservation a list of about 20 places along the waterways, and at first those folks said those areas did not meet their criteria. But most recently I have been told that because of the floodiJung we now can go into the creeks and remove the debris,” he continued. “The process is frustrating because of how time consuming it is with filling out all of the paperwork because that’s how the system has been set up. Nothing happens if we don’t do it that way, but it’s now November, and we’ve all seen the ice jams that have formed all along Big Wheeling Creek. Those are very dangerous situations.” 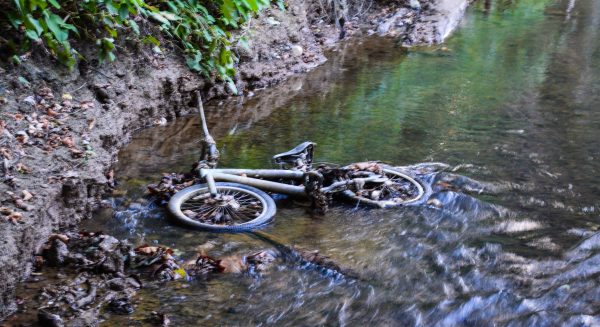 Besides the biological buildups along Big Wheeling Creek, the waterway is also littered with tires, appliances, and bicycles.

While the Federal Emergency Management Agency declared areas in Marshall County a disaster, no such declaration was issued for any portion of Ohio County Vargo said. Federal assistance may be available, however, for the impending debris removal. Members of the Wheeling Fire Department have worked to remove some remnants of the flooding but were not able to completely clear the waterways.

We’ll need some heavy equipment in there to remove most of it,” Vargo reported.
“There are other parts of the creek that are in need of attention too, but those areas can be very difficult to get to, so we are looking at all of the alternatives so we can get those areas cleared before winter arrives.

“The goal from the beginning is to stay out of the creek so the ecosystem is not harmed in any way, and there are areas where I believe that’s very possible, but there are other areas where it might not be possible, so we have to develop a plan that would cause the least amount of interruption as possible,” he continued. “As we all know, there have been a lot of regulations put into place to protect our creeks and streams, but in my opinion, the sooner we can get the contractors on scene to get those areas cleared so we can avoid any issues the better. I don’t believe we would avoid more flooding right now because of all of the debris that was left in those areas following the July floods.”