Delbrugge’s ‘Do Something’ Attitude Spreading

She says what is on her mind, always, and that is just one of several reasons why residents of Wheeling’s first ward wish she would delay her retirement from the Friendly City’s council. But that’s not going to happen she insisted when I spoke with her last week. She’s got 10 months left, and Delbrugge says she’s taking those final days very seriously.

“Just because I’m not running again doesn’t mean I’m not going to do the job I was elected to do,” Delbrugge said with a sense of determination. “I still have a lot to do until I’m finished, and the people keep calling about their issues, and I’m going to keep answering the phone and returning the messages. That’s why I have the job that I do, but I also know that you cannot please everybody 100 percent. That’s impossible. 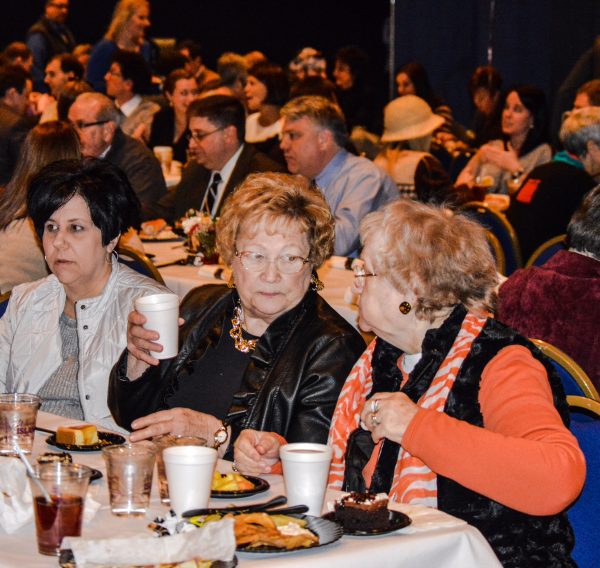 Wheeling Councilwoman Gloria Delbrugge (in center) speaks with constituents during the “State of the City” Address earlier this year.

“I am not a politician,” she continued. “I don’t play that game, and that’s why I am not a politician. Because people realize that, I have been asked to run for mayor. That’s not something I want to do. I don’t want to be the mayor. I’ve tried to do the best that I can, and I have made the best decisions possible. I make those decisions based on what I feel is right and what is best for this city.”

She does believe the upcoming Election Day in her hometown is one that is very important to the future of the city.

“It’s going to be interesting, but it makes me nervous,” she admitted. “I will tell you this: Once I am a citizen and I make calls to my representative, I’d better not hear, ‘I can’t do anything for you.’ I did it for people for a lot of years, so I’d better not hear that.

“I do hope whoever wins will continue some of the things that this council has been working on so good things can get finished for this city. I do want to see Wheeling develop the way I know it can,” Delbrugge continued. “I would like to see a new hotel and more restaurants and entertainment in the downtown. We have some great ones now but I would like to see it grow.” 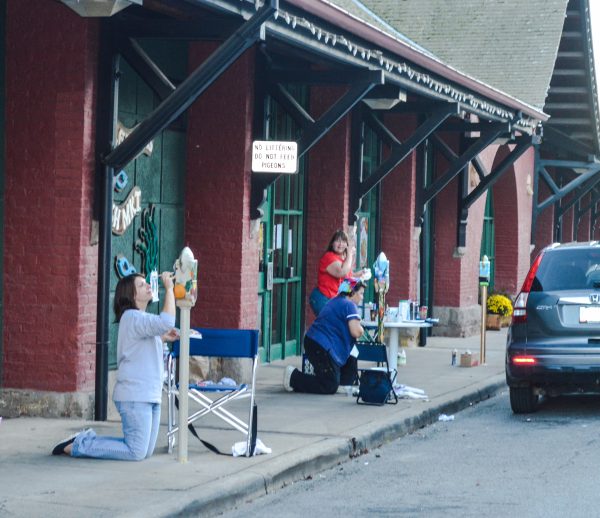 Delbrugge is also a member of the Ohio County Health Board and has continued her opposition to an expanded version of the county’s Clean Indoor Air Regulation. The health board tabled the suggestion several years ago, but the five members have decided to address the issue once again. The proposal, which is in the public comment process now, would expand the ban to outdoor public places, including playgrounds and public parks, but would allow smoking to continue at Wheeling Island Hotel-Casino-Racetrack

“I am a, ‘No’ vote big time because it’s working fine the way it is today,” Delbrugge said. “Leave it alone. We’re happy with the way things are now.

“Now, my other problem with the regulation is that we are not elected to the health board; we are appointed, so I don’t feel that we have the right to sit back and make law. I think it’s wrong that unelected people are telling all of Ohio County what to do,” she continued. “We should not be able to do that. And from what I have read, the LVL rooms and the casino are not going to be touched until next year. That’s why people need to show up at the next meeting on Oct. 29 and speak up, and I believe that everyone with the city agrees with my position.

“If you are afraid to speak up, shame on you. And if you do not live in Ohio County, stay quiet. This is an Ohio County issue, not an issue for anyone else.”

An example of Delbrugge’s dedication was witnessed this past weekend in the Centre Market area as more than 40 artists converged to paint as many as 50 parking meters that surround the pair of market houses. The designs varied greatly, as did the ages of the artists, and several of them continued their craft into Sunday evening. 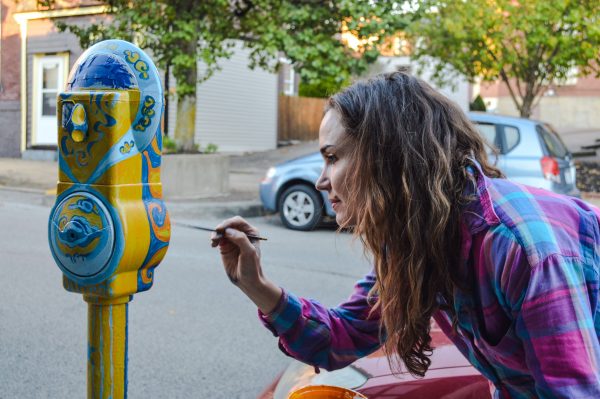 Wheeling artist Patricia Croft works on her parking meter on the east side of Centre Market.

It was the first phase of the project that was spearheaded by the members of the Wheeling Arts and Cultural Commission, and it is only the beginning according to chair Erika Donaghy.

“There will be a second phase in the spring and summer, and we are hoping to spread to other parts of the city, too,” she said. “The meter painting was an idea that grew from the idea of painting crosswalks in the city. Because of the time it takes to do the crosswalks, we thought it would be best to start with the parking meters.

“We are a very lucky community because we have so many people who are interested in doing something like that,” she said. “I really didn’t know what to expect when this project was announced, but the response was amazing. Not only did we have people from Wheeling participating, but we also had artists from the Pittsburgh and Morgantown areas and people from all over the Upper Ohio Valley.”

One volunteer artist, Jeri Delong from Shadyside, was grateful to have the chance to cover a meter with her mural.

“I think this is amazing,” she said. “When I heard about it the first time, I knew I wanted to be involved with it, and I wish more communities in the Valley will follow Wheeling with projects like this one.

“I just hope I get to be involved with the second phase and everything else that the Arts Commission is going to do in Wheeling. It’s projects like this one that will help Wheeling become great again,” she insisted. “I’m happy to be here. I’m happy to be a part of this. Like I said; I think it’s amazing.”