It is true that the Health Plan project within the 1100 block of downtown Wheeling is the first privately funded new building project since the mid-1980s, so the members of Wheeling Council and Mayor Glenn Elliott are currently examining methods that would ensure proper growth in the historical district.

Design standards for future construction projects in the downtown area have only been discussed to this point, confirmed Wheeling Vice Mayor Chad Thalman, but Mayor Glenn Elliott did include the topic in his recent State of the City Address.

That portion of the mayor’s presentation follows:

With all this current and anticipated economic activity, it is long past time for City Council to consider strategic Downtown design standards and guidelines. Not having such policies in place when no new buildings were being erected is one thing. But failing to do so before a possible building boom could be detrimental to future economic performance. Why? For starters, prior demolition has left our Downtown with empty lots that feel like missing teeth. Smart cities use design standards to ensure that what replaces missing buildings complements the existing architecture. But more importantly, meaningful design standards also help establish a climate for investment by providing businesses and property owners assurances that nearby construction will not unfairly diminish their property values. The bottom line is this: Great downtowns do not happen by accident. They happen by design.

“Right now, city council is looking at implementing some sort of design-review standards for downtown Wheeling, and that’s because, right now, you could basically build a one-story tin shack in the downtown if you wanted to,” explained Thalman, who represents Ward 1. “Right now, there are no standards or rules in place that would determine what a person can build in downtown Wheeling.

“For decades, this really wasn’t a problem because there wasn’t much development in the downtown district, and the Health Plan project is the first new building since the 1980s, but now we are very optimistic that we are now moving into a new era where we could see even more development in the downtown,” he continued. “What we would like to do is put some minimum, basic standards in place without doing anything that would stop development.” 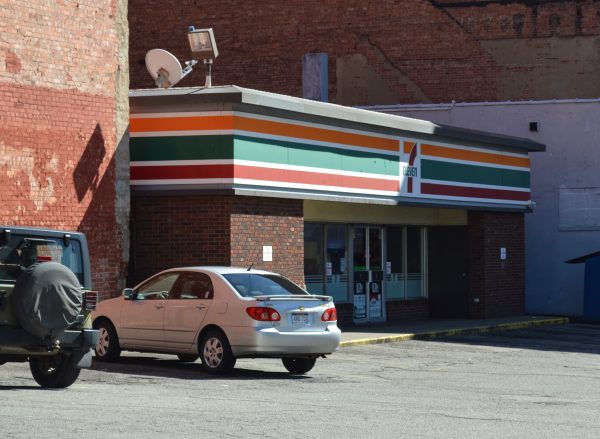 There are only a few one-story structures in downtown Wheeling today.

While the conversation has yet to reach placing proposed standards on paper, Thalman did provide a couple of ideas that likely will be considered.

“We’re not looking to put into place anything too difficult for the developers,” he reiterated. “So, instead of that one-story tin shack being allowed in downtown Wheeling, one standard could be that any new building in downtown Wheeling would need to be at least two stories tall or that there can’t be any setback from the street where a new building is under construction.

“As I said, the implementation of very minimum, basic standards is what we’re looking at right now,” Thalman said. “I don’t think a two-story mandate is risky, but yes, if we were saying that it had to be 10 stories tall, that would be. That would be an overreach. Ultimately, what we are trying to do is improve the property values for everyone else in downtown Wheeling. Our goal is to ensure that downtown Wheeling becomes a place that people want to visit and live and where business owners will want to open new businesses.”

Jake Dougherty, executive director for the Wheeling Heritage, believes now is the right time for the adoption of such standards because of the potential he sees in the downtown district.

“We are at a turning point where we’re going to see growth and development, and in that process it’s important to protect a great historic district like what we have,” he said. “It is also important to give people who are property owners today the certainty about the investments that may be constructed near them. No one wants to make an investment and then have a building that hurts property values. 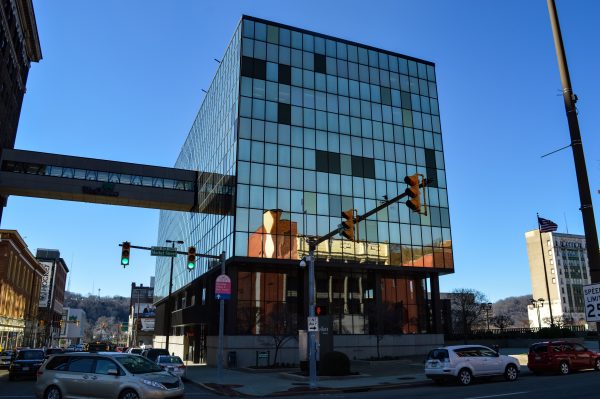 Although it’s been in place since the late 1970s, Wesbanco’s headquarters is one of the youngest buildings in the downtown district.

“That’s why it’s important to have good, clear guidelines that ensure that properties are going to be of the same standards,” he continued. “Set-back and scale are very important, I believe, because it’s important for the new buildings to be set right along the sidewalk to provide what is called a ‘street wall.’ That’s something that is very good for pedestrian walkability.”

The height of new structures, Dougherty insisted, is important, too, because maintaining consistency has proven vital in a plethora of other re-invented communities across the country.

“Scale is something that helps maintain the historic integrity and the historic feel of the downtown. You don’t want buildings that are too small, and you don’t want buildings that are too tall,” he explained. “When that happens, it creates an abnormal feeling to the city. I also think the street levels of the new buildings should have the bigger windows in the front to create what is similar to a historic storefront.

“But I want to be clear: In the case of new construction it’s not necessary to ask developers to replicate the past, but what we should do is try to maintain some of the similarities like those storefront windows,” Dougherty said. “And you do things like that with new buildings that look and feel modern while also maintaining the same feel with the rest of what is along the street. That’s why I believe it’s important right now.” 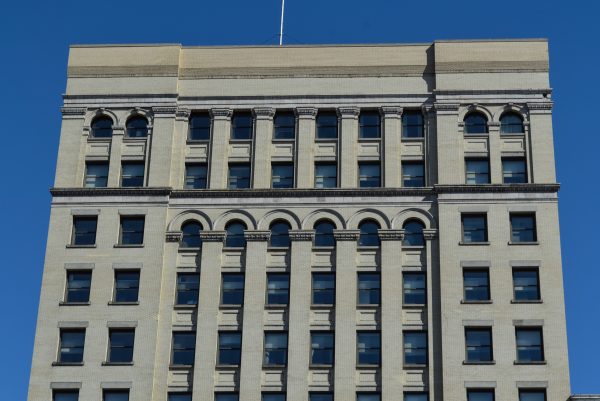 The Schmulback Building, the former home of Wheeling-Pittsburgh Steel, would likely be re-developed if the state’s historical tax credit was increased to 25 percent.

W.Va. Del. Erikka Storch (R-3rd) is the lead sponsor of House Bill 2545, and the proposed legislation has gained bi-partisan support before its introduction on Feb. 20. If approved by both chambers, West Virginia’s historic tax credit would be equal to what is offered developers in Pennsylvania and Ohio.

“Increasing historic tax credits is a critical issue right now for our downtown and for many other communities in the state of West Virginia,” Dougherty said. “As far as downtown Wheeling is concerned, we continue to have a number of vacant buildings that litter our downtown, so anything that creates an environment in which those structures can be utilized instead of vacant is very important.

“The proposed increase is vital for the city of Wheeling so we can compete with our neighboring states because West Virginia’s historic tax credit is much lower than those credits are in Ohio and Pennsylvania,” he said. “That’s why there are a lot of eyes on that proposed piece of legislation during this regular session in Charleston.”