Diverse Presenters Selected for Next “Show of Hands”

An intriguing collection of presenters have been selected for the “Show of Hands” crowd-funding event scheduled for Feb. 17 at the Capitol Theatre.

The Children’s Museum’s Upcycled Fashion Show, the “You’ve Been Here Before” pop-up art event, the Wheeling Arts and Culture Fest, and the Grandview Grocer were four of the 10 applicants received for ReInvent Wheeling’s eighth “Show of Hands,” a showcase during which a local business or organization can gain funding for a particular goal or venture that is explained in detail during each presentation. The doors of the Capitol Theatre ballroom will open at 5:30 p.m., and the event will get under way at 6 p.m. with live entertainment by local musician Shannon Canterbury. 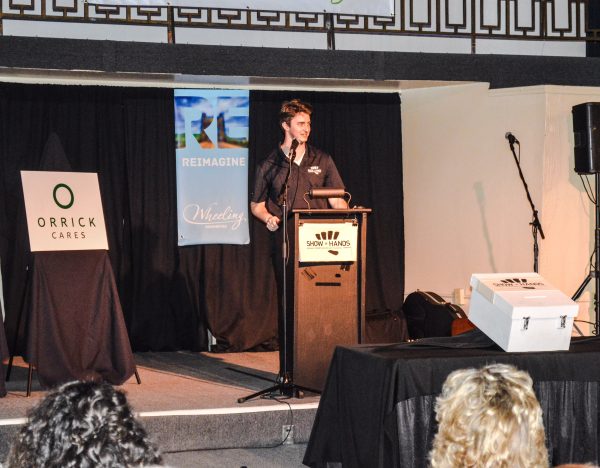 Jake Dougherty, director of ReInvent Wheeling, once again will be the host on Feb. 17.

“It’s hard to believe that we are about to present our eighth event and that we have arrived to the end of the second season for, ‘Show of Hands,’” said Jake Dougherty, director of ReInvent Wheeling. “We received a very interesting group of applicants this time, and there were a lot of new names, too.

“There were a few of the applicants that we got back to so we could tell them that we would like to see them further develop their ideas, and I’m confident that we will see their applications again in the future,” he continued. “What I think is really interesting with the applications that we received this time is that we are seeing a lot the elements that add vibrancy to the community. That’s always important when discussing the quality of life.”

Each of the four presentations is scheduled to begin at 6:30 p.m., and the participants are allotted four minutes to present their business or project. Following the individual presentations, each participant will field four questions from audience members, and at the end the audience members are asked to vote for their favorite presentation. The one that collects the most votes wins the prize money. 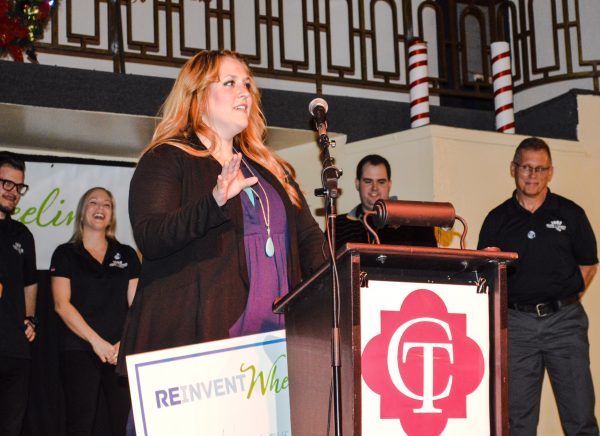 Carrie Eller captured the victory during the most recent “Show of Hands.”

International law firm Orrick, Sutcliffe & Herrington once again is donating $1,000 for the “Show of Hands” event, and the winner collects that amount plus what is generated by donations offered by those who attend. Those who attend are asked for a $5 donation that adds to the amount won by the presenter receiving the most votes. People who wish to donate $10 will be offered a couple of minutes at the microphone to promote a business, event, or a project of their own.

The winner on Nov.18 was Carrie Eller, the owner of Under the Elder Tree Massage Therapy & Natural Body Care in Center Wheeling, and she received $2,250. Eller used the funds to expand the retail side of her business.

Dougherty offered a brief description of the projects selected for the upcoming event. 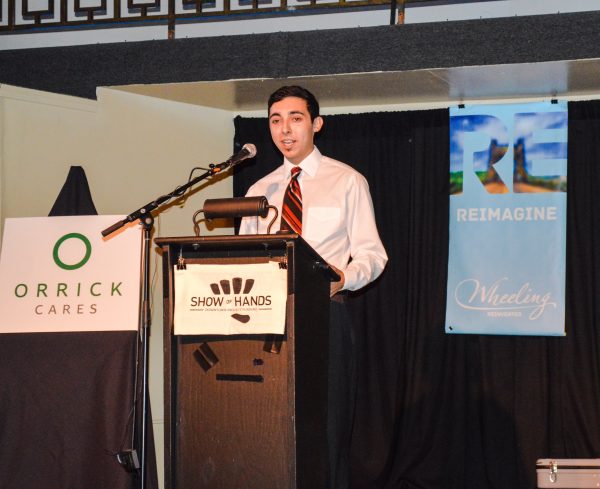 Wheeling resident George Kellas gained the most votes in September 2015.

“They are looking to continue growing on something that’s been very successful for them and that is the ‘maker culture,’” he explained. “They wish to use that development to add even more programming for local children. It’s something that will get a lot of people involved including the children and their parents.

“The idea is for the children to use recycled materials to create fashion for the event,” Dougherty continued. “The children will be using materials that were not being used and re-purpose them to create something new, and I think it’s going to be very interesting to see what the kids create.” 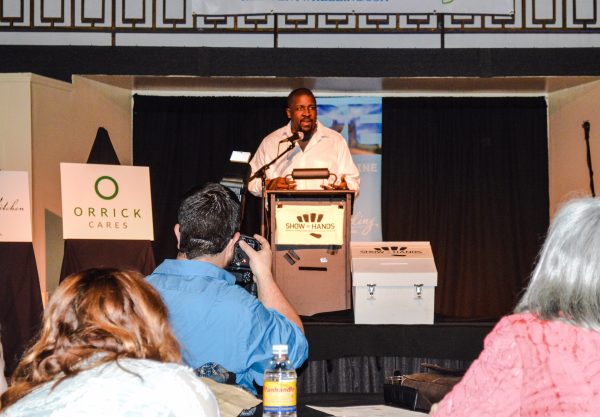 Ron Scott Jr. proposed the Upper Ohio Valley Hip Hop Awards in May and was deemed the winner by those in attendance.

The “You’ve Been Here Before” One-Day Art Event

“A student from West Liberty University, Brady Lytton, wants to create a one-day art event that would involve a full day of local artists with their artwork, live music, and a lot of other things taking place all at the same time,” Dougherty explained. “Brady really wants to get involved with the community, and he wants to add something to the downtown, and this event is the idea he has developed.

“The event is scheduled for April, and he hopes it will play off the increased interest in the arts in the city by promote creative expression through the visual arts,” he continued. “At the end of the day what I believe this will be is a great way to showcase a number of different artists by getting as many people involved with it as possible.”

The Wheeling Arts and Culture Fest

“This is a new partnership between the Wheeling Arts Commission and the Wheeling YWCA that will combine the annual Arts Fest and the Multicultural Festival, and both events have been very successful in the past,” Dougherty said. “What this partnership will do is expand the event to a two-day festival at Heritage Port.

“The partnership, I believe, will allow for a lot of additions to what possible organizations have done in the past with concentrations on both the arts and the cultural opportunities that do exist in Wheeling,” he added. “There will be everything both events have offered in the past, like live music, many vendors, and culinary demonstrations.” 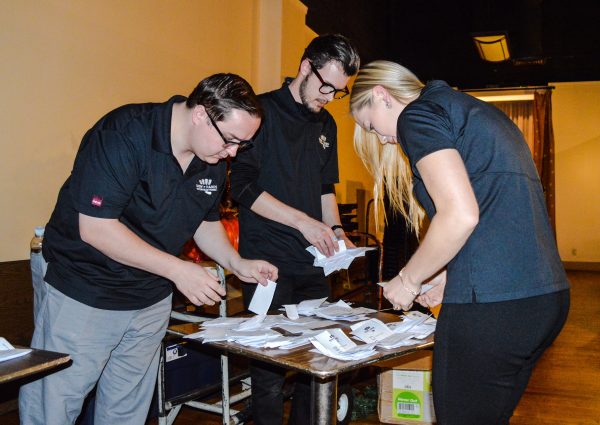 ReInvent Wheeling volunteers (from left) Josh Benyo, Caleb Filburn, and Melinda Koslik count the votes cast by those who attended the event in November.

“This is a project that the folks with Grow Ohio Valley have been working on the past couple of years, and they have collected a lot of information while trying to figure out the real demand in Wheeling for whole foods,” Dougherty explained. “Our local grocery stores do a great job for local citizens, but the Grandview Grocer is really focused on the demand that exists in the downtown area.

“Grow Ohio Valley has continued to grow since beginning business a couple of years ago, and last summer we saw expansion with their mobile market,” he continued. “So Grandview Grocer is a concept that will allow them to truly test the community’s wish for these kinds of foods.”

Dougherty said a third season of “Show of Hands” will take place, but he explained the details are not ready for release.

“There will be a third season, and we will have some pretty exciting announcements about it in the near future,” he confirmed. “We are still working on several aspects of the third season, but as soon as those conversations take place, we’ll be able to get the information out to the people of our community.”