While the future of the Aetnaville Bridge has attracted the most attention from residents and media outlets in the Wheeling area, officials from the West Virginia Division of Highways also have offered updated information on several other local projects.

During a meeting two weeks ago organized by state Sen. Rocky Fitzsimmons (D-1st), Wheeling and Ohio County officials met with a pair of DOH officials, Tom Badgett and Dan Sikora. Badgett and Sikora explained that three projects important to motorists traveling in Wheeling remain scheduled, but all three have been delayed for a series of reasons.

“Last winter hit our district hard,” said Sikora. “We experienced the worst winter in District 6 since 1977, and it took its toll on the equipment, our employees, our salt supplies, and our budget.

“We’re still behind on the district’s potholes, and funding is an issue,” he continued. “We’re not making excuses. Just stating facts. We’re going to move forward on the projects we have the funding for.”

A depleted workforce is also an issue in District 6, according to Badgett.

“We have lost a number of employees who have resigned for higher-paying jobs with the gas companies, and it’s been taking place for the past few years,” he said. “We’ve become the training ground for the industries. The gas and oil companies require two years of experience, so they work for us for two years at $10.80 an hour and then go to those companies and make $18. 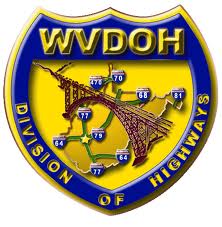 “As far as the winter weather, the DOH has developed a plan to send employees from unaffected areas of the state to the districts that get hit the hardest.”

Funding, Badgett explained, is consistently an issue in District 6, and the promised cooperation from the gas and oil companies has been consistently tardy over the past year.

“I think the DOH needs dollars from the severance tax collected for the gas and oil industries because we have far more needs and concerns than we are budgeted to take care of,” he said. “And the gas companies help with funding and by doing projects on their own, but they are behind on both too.”

Wheeling officials requested that DOH decision makers be mindful of the timing of each project to limit traffic congestion as much as possible.

“If too many of these are taking place at the same time, it would have a chilling effect in Wheeling,” said Wheeling City Manager Robert Herron. “In order to avoid that, we request as much communication of facts as possible.”