While the majority of results from Tuesday’s Election Day tallied as expected in Ohio County, a pair of surprises did emerge once the votes were counted.

Former delegate Ryan Ferns defeated Sen. Rocky Fitzsimmons (D-1st) in the First Senatorial District to successfully navigate a difficult political double-switch. Ferns first changed from the Democratic to the Republican Party, and then decided to vacate his seat in the House of Delegates to challenge Fitzsimmons for the state Senate seat. 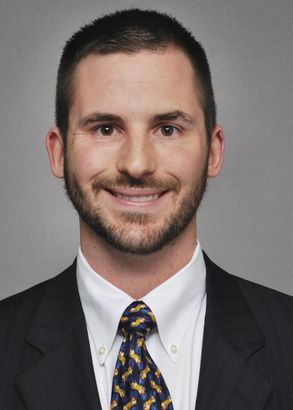 In the Third Delegate District, incumbent Del. Erikka Storch, (see feature story in PEOPLE), garnered the most votes (7,334 – 38 percent), but she will be joined by Democratic newcomer Shawn Fluhary, (see feature story in PEOPLE), during the 82nd Legislative in Charleston. It marked the third time Fluharty ran for the Third District seat, and this time he collected 30 more votes (4,225) than fellow Democrat Holli Smith (4,195) to clinch the post. Republican Dolph Santorine garnered 3,672 votes.

“I am just thankful for a lot of different things, but mostly for the people who have stuck by me since the first time I ran for this office,” said the 30-year-old Fluharty. “I am also thankful to all of the people who let me speak with them when I was going to door-to-door the past few months.

“I am looking forward to representing every one of all parties, and I am looking forward to working with Del. Storch,” he said. “I believe that with the two of us representing the Third District the citizens will get the representation they deserve.”
Storch, who claimed her third straight term in the House of Delegates, said she is thankful she has gained the trust of the district’s voters. “I am honored. That really sums up my feelings. I’m very honored.

“I can’t express how much I appreciate that the majority of voters in the Third District have faith in me to go to Charleston and represent them the way they need and should be represented,” she continued. “All I can say to the voters is, ‘Thank you.’”
Storch said she is excited to work with Fluharty and hopes he will join her for bi-partisan town halls in the future.

“From my experiences, people really enjoyed when a Democrat and a Republican stood in front of them and discussed the same issues with the same one goal in mind,” she said. “I’m excited to work with Shawn. He works hard, he cares about the people here in the Third District, and he has a lot of great ideas.”

McKinley regained the seat by more than 30,000 votes to defeat W.Va. Auditor Glen Gainer, the Democratic nominee, and Capito – initially elected in 2001 in the state’s Second Congressional District – captured the Senate seat by more than 100,000 votes over W.Va. Sec. of State Natalie Tennant.

“I have said from day one: this campaign was never about me, it was always about you: the people of West Virginia. And I wish the Congresswoman nothing but the best of luck and success serving you,” Tennant said during her concession speech.
“In so many ways, tonight is not the end, but only the beginning. I have often said that West Virginia’s story is my story. And I look forward to writing the next chapter as your Secretary of State.

Rep. Capito insisted her goal in the Senate will be to improve the federal government’s support for the Mountain State in a bipartisan fashion. “I go to the Senate with a mandate to make Washington work for West Virginia again – to end Washington’s practice of picking winners and losers.

“Tonight I want to be the first to extend my hand of cooperation to Sen. Joe Manchin (D-W.Va.) and the members of the West Virginia congressional delegation to join me in this fight to put West Virginia first again.

“For the first time in our state’s history West Virginians are sending a woman to the United States Senate. I am honored and excited to be standing here as that Senator,” she said. “It is impossible to convey how much gratitude I feel and how humbled I am by your confidence.  I hope that I live up to your highest standards and that my service will serve as a role model for young women of our state and an inspiration for them that they too can achieve great things.”