The deadline for filing candidacy papers for Wheeling’s upcoming municipal vote for all six council seats and the mayor’s position is now only nine days away, and questions remain about those who filed pre-candidacy papers but have yet to make it official.

While Mayor Andy McKenzie’s tenure will end on June 30 because of term limits within the city charter, only Ward 5 Councilman Don Atkinson and Ward 2’s Ken Imer had filed as of yesterday. Council members Gloria Delbrugge (Ward 1) and Robert “Herk” Henry (Ward 3) have both indicated they will retire from public service, and Gene Fahey, council representative for Ward 6, has said he wishes to become the Friendly City’s next mayor. Wheeling attorney Glenn Elliott and Wheeling Island resident Tony Domenick have joined Fahey in the race for the mayor’s position. 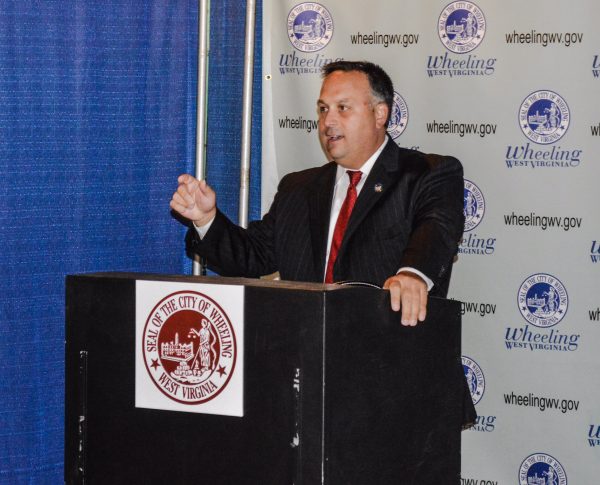 Mayor Andy McKenzie took part in the press conference during which the Boury Lofts project was announced by the Woda Group.

But as of yesterday, according to Wheeling City Clerk Janice Jones, only 11 individuals have officially filed paperwork and paid the $50 fee to be on the ballot come May 10. The filing period began Jan. 11, and the deadline is Saturday, Jan. 30.

“I thought we would see more people file by this point, but maybe they are still waiting to see who the competition will be,” Jones explained. “Over the years we have had some people who have waited until the final day to file, for whatever reasons, but by now we’ve normally had 20-to-23 candidates with their paperwork completed, but as of right now there are only 11. But there is still time.”

Jones said the City Clerk’s Office will be on duty from 8:30 a.m.-noon on Jan. 30 to handle those who wish to wait until the final moments before the deadline passes. 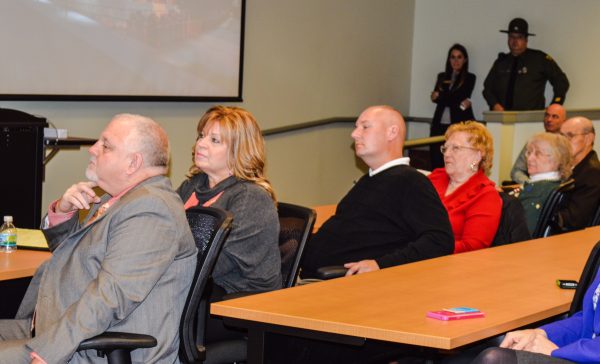 Council members (from left) Don Atkinson (with his wife, Gail, seated next to him), Ken Imer, Gloria Delbrugge, and Robert “Herk” Henry attended The Health Plan’s press conference in the Stone Center.

“At any time that that deadline has fallen on a weekend day, we’ve been here in our offices to give everyone the chance to come in person, but they can also mail the paperwork and their check to us,” she said. “As long as it is postmarked by the 30th of January, it will be accepted, and they officially will be candidates for the position they choose.”

Warwood resident Chad Thalman is the only individual who has filed in Ward 1, as of Wednesday, and downtown resident Charles Ballouz and Wheeling Island residents Loma Nevels and Imer now are listed for Ward 2. Thomas Conner filed his Ward 3 candidacy paperwork on Tuesday, but no one has registered in the fourth ward. Atkinson was joined by Frank Calabrese in Ward 5, and Elm Grove resident Dave Palmer was the only candidate on record for Ward 6. 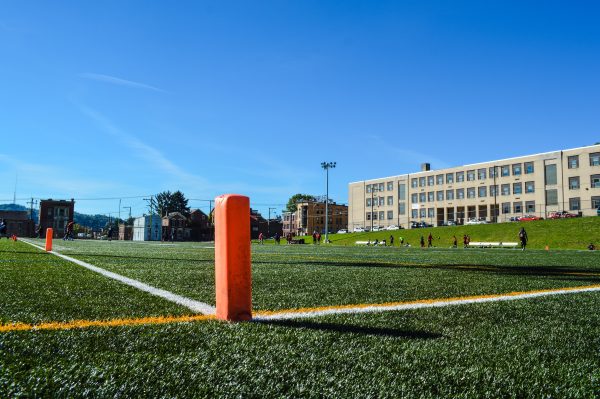 The J.B. Chambers Recreation Park in East Wheeling replaced the most blighted two-street area of the city.

Only one incumbent, Ward 4’s David Miller, has yet to file, and two candidates who have announced their candidacy had not filed as of yesterday, including Brian Wilson (Ward 3) and Wendy Scatterday (Ward 4).

“This will be my seventh time running for a seat on city council and that’s because I have lived in Wheeling my entire life and in Ward 2 for the past 33 years,” Ballouz said. “I have served in a lot of different public positions on boards and commissions, and I am confident that I can represent the Island, downtown, and the Fulton neighborhood.

“Living in the downtown area for as long as I have, I have seen the decline, and I have seen what has happened the past couple of years,” he said. “I disagreed with the demolitions in the 1100 block at the time because there was no plan in place for the land once the buildings were gone, but I am happy that the Health Plan has announced the intentions about building their headquarters there. I just hope it happens. Seeing is believing.” 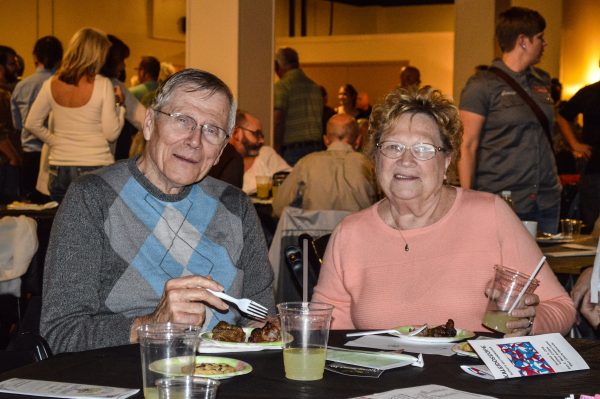 Councilwoman Gloria Delbrugge (with her husband, Bob) has served Ward 1 for the past 12 years.

Nevels was employed by the Wheeling Water Department for 31 years, and that prevented her from running for a council position. She has recently retired, however, and now wishes to get more involved.

“Because I worked for the city for as long as I did, I know how it all works already,” she explained. “I am not running against anyone, either. I am running for Ward 2 because I know I can do the job for the people who live on the Island, in downtown, and in Fulton.

“I am going to be out in the public as much as possible, and I will be very active with the Wheeling Island Community Association and any other groups that would like to speak with me,” Nevels added. “I am a positive person, and I see a lot of positives in the second ward, and I believe we can continue to make our city a better place to live and work in.” 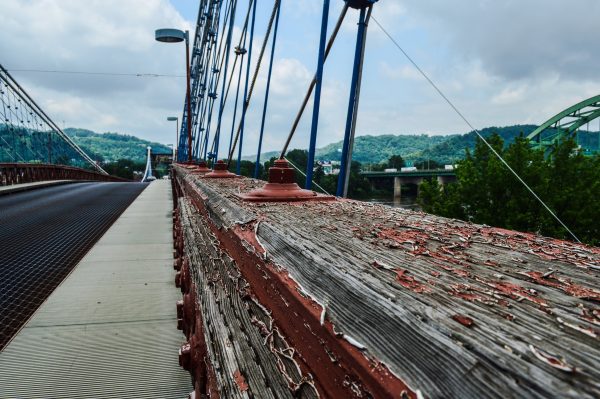 The $8 million renovation and beautification project for the historic Wheeling Suspension Bridge has been delayed for four years despite the efforts of Mayor McKenzie and city officials.

Atkinson admitted he was undecided about a re-election campaign during the past few months, but he made his decision during the holiday season.

“I went back and forth about it, but in the end I’ve decided that we have a lot of things in motion right now, and I want to see those things come to fruition,” Atkinson said. “We’ve worked very hard over the last seven-plus years, and I hope the voters will allow me to continue that hard work for Ward 5 and for the city of Wheeling.

“I believe we have tackled a lot of issues during my years as a council member, and a lot of things have been avoided by past councils, so someone else had to deal with them. Well, we did, and there’s more to address,” he continued. “It’s a lot of work; a lot more than what most people realize. But I love it and hope to continue.”