The waves roar as the deck heaves and rocks underfoot, and you struggle to concentrate on the puzzle before you. Your captain, the great Blackbeard, has been captured. He and his crew face the hangman’s noose, and so do you if you fail to escape. All you have to work with is your deductive reasoning, your team and a severely limited amount of time. But if you succeed, you will successfully escape from Blackbeard’s Quarters!

Or perhaps you tiptoe quietly through the ancient, sand-washed halls of an ancient Egyptian tomb, puzzling over the hieroglyphic-covered walls and trying to solve a crucial mystery. A treasure beyond imagination awaits you beneath the sand if you succeed, but if you fail … well, do you believe in curses? Only your wits and perfectly coordinated teamwork can save you in the Pharaoh’s Tomb!

Both these adventures await the brave souls of the Ohio Valley willing to accept the challenge with their teams of the first-ever escape rooms in Wheeling benefiting Youth Services System, Inc. 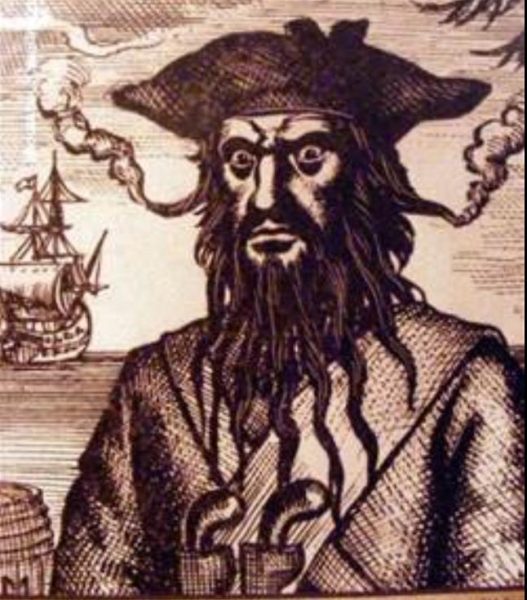 What new insights will escape room participants gain regarding the infamous Blackbeard in the escape rooms?

From 4-8 p.m. on Friday, May 11, and 10 a.m. to 8 p.m. Saturday, May 12, intrepid teams are invited to 87 15th St., Wheeling, to engage in this unique and interactive team-building experience. Friends, family, work groups, clubs and parties are given 60 minutes to complete a series of mental challenges, each one leading into the next, until the team either escapes from the room or “perishes” when time runs out.

“You have to work together with your team, or you won’t get through it at all,” YSS Americorps VISTA (Volunteers in Service to America) Lychel Shrodes said. “It’s fun and interactive, and it really makes you think. Some of the challenges are serious mental puzzles, while others can be solved using basic common knowledge.”

Shrodes is a veteran of numerous escape rooms in the Pittsburgh area and part of a dedicated team that has been planning and building this event from scratch since January. The team has been building the escape room sets and structures, writing the story, coming up with fresh puzzles and booking groups. She compared these escape rooms to an adventure out of Sherlock Holmes literature, with challenges and clues progressively guiding investigators toward the endgame and resolution.

The cost of the escape room is $25 per person. This covers the activity, pizza and drinks provided by the Elm Grove Pizza Hut, and group pictures.

All proceeds from the escape rooms will go toward funding for YSS. The organization is a West Virginia non-profit organization helping more than 16,000 young people in the last 36 years. Since 1974, YSS has been devoted to offering new and innovative options to West Virginia’s at-risk youth.

Some of the organization’s outstanding programs include a free warm shelter for the homeless during the winter, Christmas gift programs for both young and old, a free store where people in need can shop for housewares and a starter home basket program tailored on a case-by-case basis.

YSS also operates a transitional living program for young adults that includes teaching life skills such as balancing a checkbook and job searching.

Starting in 2015, Lychel was so inspired by the organization and their programs that she readily volunteered and ultimately accepted the VISTA position for two years in a row.

“They really care about what they do,” Lychel said. “I’ve never seen them turn anybody away.”

Besides refreshments provided by Pizza Hut in Elm Grove, Shrodes said that most of the furnishings and props in the escape rooms were provided by Appalachian Outreach. As always, Ohio Valley community organizations look out for each other. 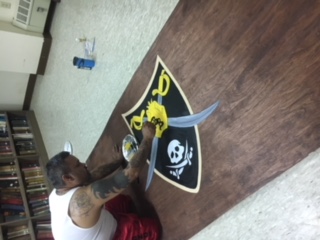 Crews have been working since January to build the new escape rooms from scratch in Wheeling.

To reserve an escape room for a private group, visit bookeo.com/escape4yss. As of last week, at least one local organization had reserved the room for its group, and several others have expressed interest. For more information, call the YSS line at 304- 218-2869.

To build awareness, Shrodes said she and her team also will be traveling to local group meetings with a few small puzzles to give people a taste of what they can expect.

• Born and raised in the Ohio Valley, Daniel Dorsch brings a rich background of research and writing to Weelunk. He studied at West Virginia University and Duquesne University and has worked as a historian, a journalist, and a marketing communucations expert. Daniel’s personal philosophy is that every person and every place has a story to tell, and he makes it his mission as a wordsmith to help tell them. Daniel lives in Weirton with his wife and son.