The number of white envelopes stored on a dining room hutch shelf has reached crammed proportions. And whatever the word for the level above crammed is, those shelves soon will be the poster host for it. 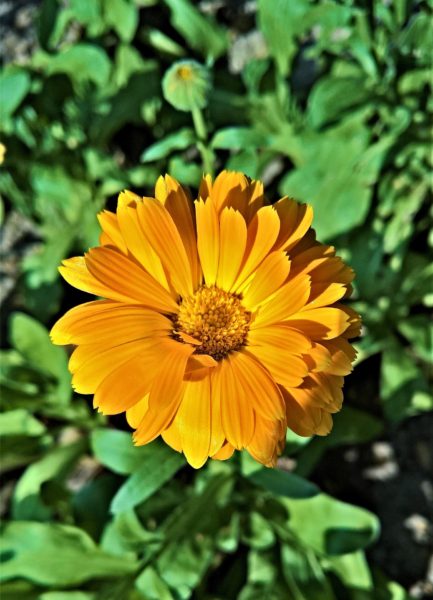 Inside each envelope is anywhere from a handful of flower seeds to hundreds. On the outside is noted the species, where collected and the date they were harvested.

There are dozens of envelopes filled with marigold seeds of all varieties and colors. They are the progeny of marigolds going back more than four decades. Some are the offspring of flowers that grew around the childhood home in Colerain.

Year after year, spent flowers have been pinched off, dried in the sun and stored for planting the next year. Bear in mind that a single bloom produces scores of seeds. With only a modicum of care — stored in a cool, dry place (and never in sealed plastic) — you might never have to buy marigolds again. 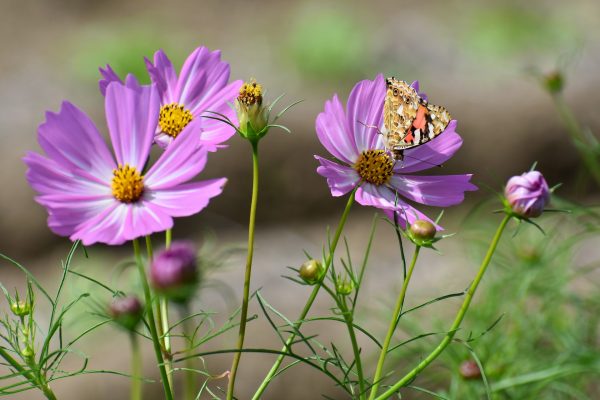 The same goes for the cosmos. Tall and gangly, they grow like weeds and attract pollinators by the droves. All through the growing season, once their blooms are spent, they leave behind a starburst-like cluster of a dozen or so seeds. Those seeds fill several more dozen envelopes.

Then there are the canna lily seeds, those producing yellow and red flowers. The yellows are descendants of store-bought lilies from decades ago. And they have been quite easy to grow.

But the reds are a different story. 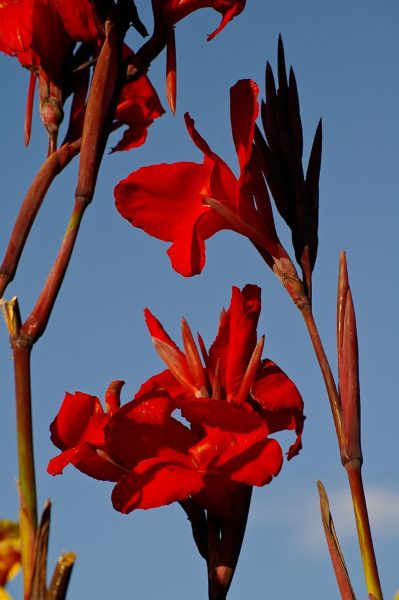 First, they have a wonderful history. They were collected two summers ago on a trip to Montreal, harvested from the grounds of Old Montreal’s Basilique Notre-Dame, a grand cathedral dating to 1830.

Those seeds, though for some reason more difficult to germinate, already have produced two new generations of plants, the latest of which are working on a third generation of seeds.

As each flower fades, the remaining stems begin to produce seeds pods that, once turned from pale green to dark brown, can be harvested to plant anew.

Indeed, potted canna lilies can be wintered indoors. But it’s always rewarding to start new plants, especially those with such a great pedigree behind them.

Now, astute observers might be wondering how in the world anyone can possibly use such a large number of saved seeds. Do remember, if scatter-sowing them (as usually is the case with marigolds and cosmos), they go quickly. But they also are great for sharing with fellow gardeners and even as gifts for family members.

And seed collection will continue right up to the first hard frost, which, according to some forecasts, could be a late one this year. Then all those envelopes with all those seeds will be gathered, boxed and put away until spring.

And when that box is retrieved and opened as the first daffodils poke through the last of the snow and those tree buds ache to bloom, a broad smile will cross the face of the serial seed hoarder.

After all, reaping what one sows is made so much easier by first having saved what one plans to sow.

• Colin McNickle, the retired editorial page editor of the Pittsburgh Tribune-Review, now is a senior fellow and media specialist at the Allegheny Institute for Public Policy. He began his journalism career at local newspapers and radio stations. A 1976 graduate of Martins Ferry High School, he grew up in Colerain.